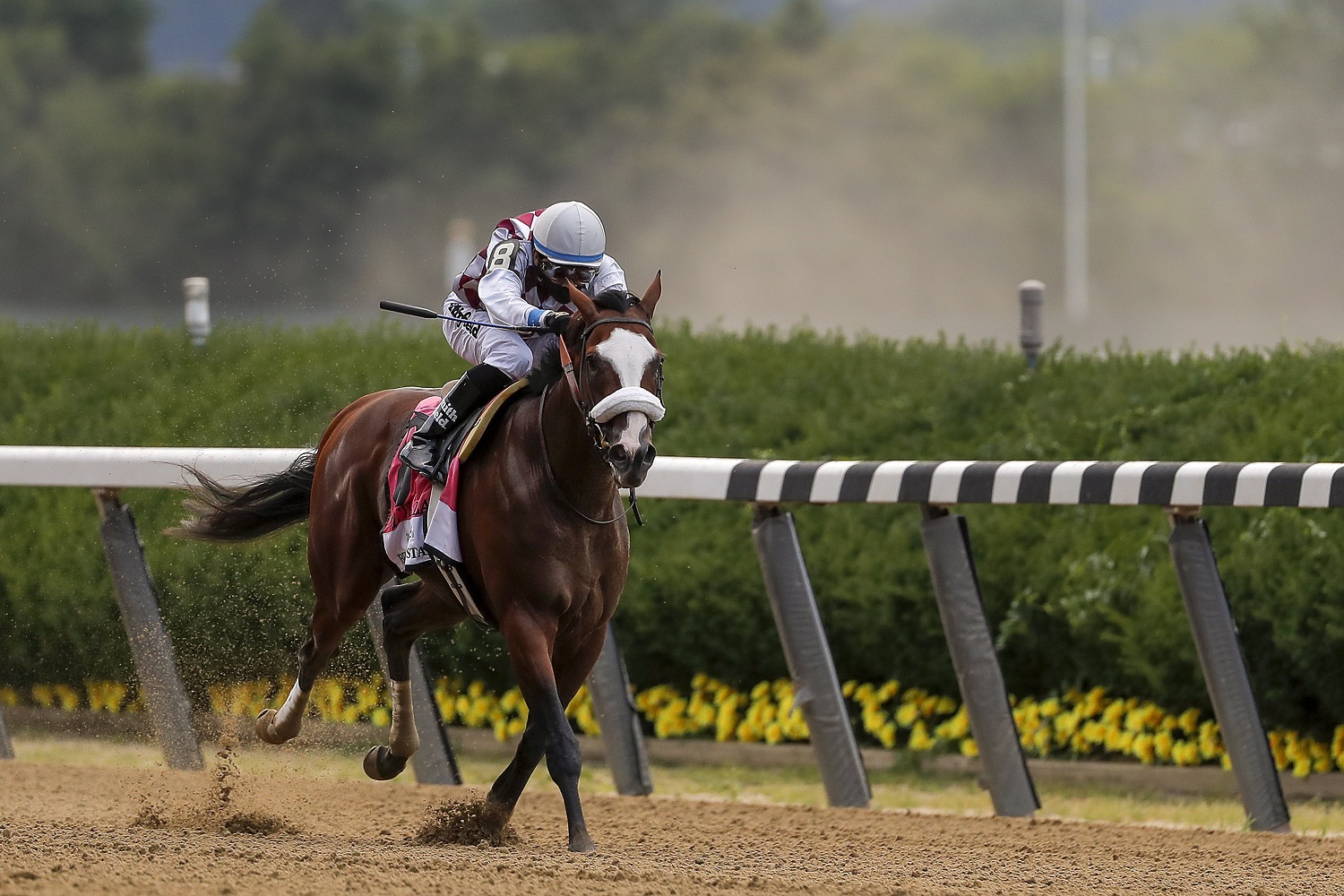 Some brand name horses are running in some big Belmont Park races this weekend. Graded stakes winners GOT STORMY, MCKINZIE, VEKOMA, CODE OF HONOR, INSTILLED REGARD and TACITUS are scheduled to show off their talent Saturday afternoon.

We’ll focus on the last three races of the Belmont Park card.

Race number 9 is the headliner, the $500,000, Grade I Metropolitan Handicap. A field of eight will run 1 mile over Belmont’s main track.

VEKOMA (PP: 2 ML 5/2) just smoked the competition in his last outing, blowing past seven others by 7 ¼ lengths in the Grade I, Carter Handicap at Belmont. It was his second big win in a row after his poorest effort in the 2019 Kentucky Derby, which is the only time he finished worse than third. He’s undefeated in two Belmont goes and will try to make three for three.

MCKINZIE (PP: 3 ML 2-1) is nearly as good as they come, running speed figures of 100 or more in 14 of his 16 starts. That’s elite consistency. He’s making his second start off the bench after returning to the US from the $20 million Saudi Cup. Big time Bob Baffert wins second starts at 25%.

CODE OF HONOR (PP: 5 ML 3-1) finds Belmont’s main track to his liking, winning three of four with a second. He’s also making his second start since a bad Breeders’ Cup Classic effort. His second runs tend to hug the performance of the first off the bench. Despite winning his last, he’ll likely need to step it up to get the better of the top two choices.

WARRIOR’S CHARGE (PP: 8 ML 12-1) has the right running style to pull off the upset. The first eight races at the distance produced four wire to wire winners. Trainer Brad Cox’s horse should spring to the front out of the box. He’s only run out of the money once in nine races, a fourth-place finish after giving up the lead late.

CLICK HERE TO BET ON THE METROPOLITAN STAKES AT TVG.COM

A group of eight are going slug it out over 1 1/4 miles on the inner turf course. This race has a potential single/key horse that appears to be a cut above the rest.

INSTILLED REGARD (PP: 1 ML 2-1) tried Belmont’s inner turf for the first time in his last start and first race since March 21st. He won the Grade II event with one of his best outings in the last two-years. His history says to expect more in the second race after a layoff, a 25% winning angle for trainer Chad Brown.

DOT MATRIX (PP: 7 ML 6-1) has 10 wins, five seconds and five thirds in 30 turf races. He finished second by a head in his last race. We expect him to move forward in performance today and run closer to the front than he did in his last start. If he’s running in the top four early on, his strong late legs give him a chance to continue his turf success.

ROCKEMPEROR (PP: 2 ML 5-1) crossed the line second by a nose as the public’s choice in his last effort. Trainer Chad Brown rebounds at 29% the next time around the track with beaten favorites. He’s a late runner but doesn’t appear to be pace dependent as he’s cashed a top three check in seven of nine turf outings (9: 1-2-4).

DEVAMANI (PP: 5 ML 9/2) just missed verses INSTILLED REGARD in his last race, falling short by a neck. It was his second close call in a row, losing out on a W by a nose in the previous race.  Both were shorter than today’s distance. The extra runway could be what it takes to get past a nose and neck.

CLICK HERE TO BET ON THE MANHATTAN STAKES AT TVG.COM

Eight competitors are going to run a long way, 1 1/4 miles on the dirt track. The race starts nearly one third the way through the first turn. That sort of odd beginning can favor speed and inside horses.

BUFF (PP: 4 ML 2-1) tends to run far away from the rest if he can be on the lead heading into the stretch. His last three wins were by 20, 5 and 7 ½ lengths, from the most recent back. He is the only consistent frontrunner in the pack and has a chance to build a sizeable lead early and will be hard to pass if he has the lead late.

MORETTI (PP: 8 ML 5-1) recorded the highest, last race speed figure in a wire to wire win at Belmont. It was his first go over the track and a similar race will likely produce a similar result. However, he is taking a major step up the class ladder and his speed number was significantly better than his previous high. The biggest concern is that he reverts to his typical form, which makes him a third-place contender but no real chance at the top two.

SIR WINSTON (PP: 6 ML 7/2) lost out to MORETTI as the favorite in the last race, finishing behind the winner by 5 1/4 lengths. Trainer Mark Casse wins at 24% the next time out with beaten chalk.  The 2019 Belmont Stakes winner go the best of TACITUS that day but hasn’t run to the same level since.

CLICK HERE TO BET ON THE SUBURBAN STAKES AT TVG.COM
Related Topics