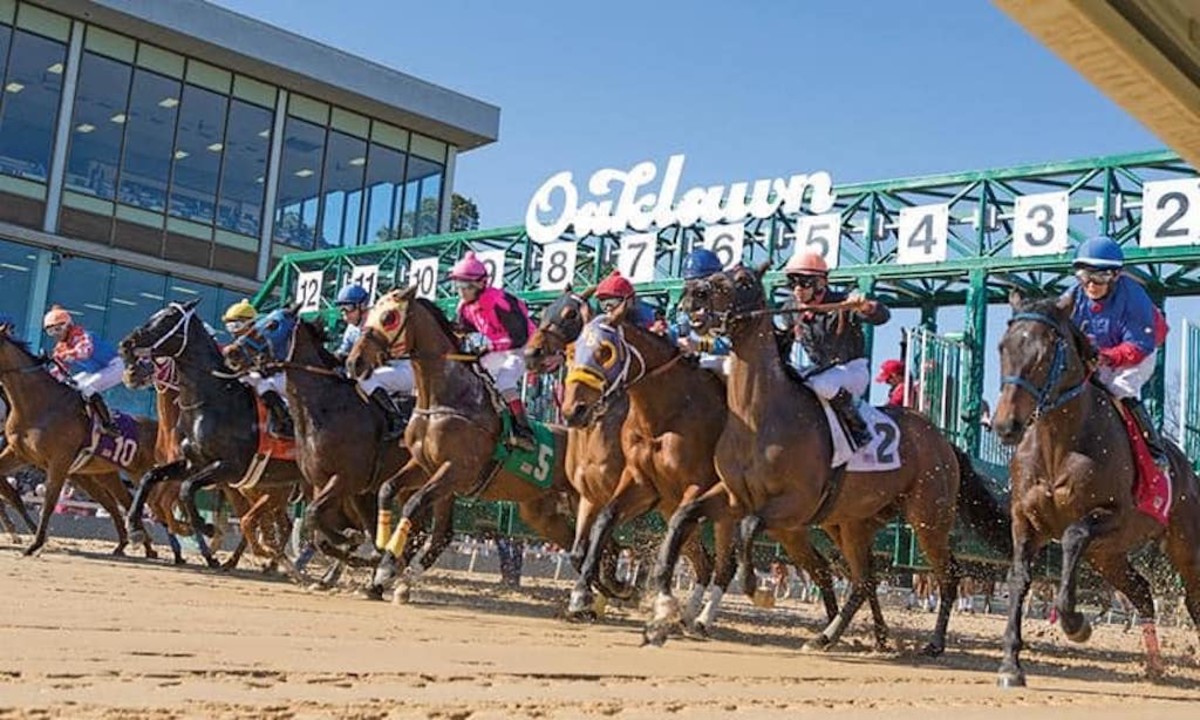 Horse racing is taking a breather now that all the qualifying races on the road to the Kentucky Derby have gone official. While the number of big money stakes races is limited this Saturday, the money is not. Oaklawn Park has a pair of $1 million runs.

Along with big money, big names like MONOMOY GIRL and SWISS SKYDIVER will take to the track in Hot Springs, Arkansas. We’ll cover the million dollar run and the race between them, an Optional Claiming race with a $108,000 purse. The 6 furlong run in race 10 might not be a stakes race, but it pays like one.

A group of eight will run 1 1/8 miles on Oaklawn’s main track. There have only been three races at the distance and surface during the current meet. Horses with early speed have won two of the three and speed was the super-sized bias last week during the Arkansas Derby card. We expect to see the same today.

EXPRESS TRAIN (PP: 2 ML 5/2) crossed the country from Santa Anita in California to run in the Oaklawn Handicap. It will be the first race outside of southern California for the of UNION RAGS. Trainer John Shirreffs doesn’t ship many as this is just his fourth horse to run away from its home course this year. And so far, he’s yet to win when travelling. However, EXPRESS TRAIN ran better fractions in his last race compared to his previous start, which is usually a good sign.

WARRIOR’S CHARGE (PP: 4 ML 6-1) is speed, speed and more speed. The four-year-old’s past performance lines are littered with 1s; first at the quarter-mile marker and first at the half-mile marker in six of his last 10 starts. There isn’t a ton of other early speed, meaning he could control the race pace all the way around the track.

SILVER STATE (PP: 1 ML 4-1) has won four consecutive starts and five of his nine career efforts for leading Oaklawn trainer Steven Asmussen. Two of his trips to the winners’ circle came in his two outings at Oaklawn. His last start was his first after spending two-months on the sidelines. His limited resume says to expect a similar effort in his second start off the break.

OWENDALE (PP: 6 ML 7/2) is probably the class horse in the field, winning $1.4 million without winning a whole bunch of races of late. In fact, he has one win in his last eight tries. His late pace numbers say he’ll be charging hard at the end, but just seems to get started a little too late to find the wire first. It’s impossible to leave him out of exotics tickets but tough to put him on top.

CLICK HERE TO BET ON THE OAKLAWN HANDICAP AT TVG.COM

Although it’s not a stakes race, a $108,000 prize pool attracts stakes level horses. Only one of the field of nine have previously run in a stakes race at any level. TOWN CHAMP (PP: 3 ML 20-1) is the lone exception. Once again, horses that get out of the box in a hurry have the edge, winning nearly two out three races 6 furlongs on the main track.

WELDER (PP: 4 ML 2-1) won his last race, way back in December with the highest, last race speed figure. Cashing winners’ checks is nothing new for the eight-year-old as he’s crossed the tape first in 26 of 38 outings, 18 of them in 29 races at 6-furlongs. He’s only tried Oaklawn once, finishing third of five, behind a very good horse in WHITFIELD.

SEVEN NATION ARMY (PP: 5 ML 3-1) missed as the public’s choice in his last race and second off the bench. Trainer Ron Moquett wins at 14% in third starts and a much better 24% with beaten favorites. In his last two races, SEVEN NATION ran 6 furlongs in about 1:09:5. If he can run that time again, it’s probably good enough here.

TOWN CHAMP (PP: 3 ML 20-1) was claimed in his last race and will be making his first start for trainer Norman McKnight, who wins at a strong 34% in the first, post-claim start. TOWN CHAMP has a quick first step out of the chute and has out in efforts that could win here. He’s tired and faded late in recent races. Will he have more stamina in his first start with McKnight is the question.

FIRECROW (PP: 1 ML 6-1) is dropping in class from a $200,000 non-graded stakes race. He’s another that will be close to the front of the pack from the jump. This will be the classic third start after a layoff, He ran faster fraction in the second start compared to the first run off the bench. I would not be surprising to see him improve again. A minor step forward could be enough with the drop.

CLICK HERE TO BET ON THE OPTIONAL CLAIMING AT TVG.COM

This is supposed to be a heavyweight battle between two of quite possible the best female horses on the planet, SWISS SKYDIVER (PP: 2 ML 2-1) and MONOMOY GIRL (PP: 6 ML 1-1). The duo squared off in the Breeders’ Cup Distaff with MONOMOY GIRL making easy work of the field. Can she do it again?

LETRUSKA (PP: 3 ML 4-1) missed by a head as the chalk in her last race, the Grade Azeri Stakes at Oaklawn Park. Trainer Fausto Gutierrez has won with two of his last six beaten favorites in their next trip around the track. His will be the five-year-old mare’s third start off the bench and her resume suggests it could be the best of the trio.

MONOMOY GIRL (PP: 6 ML 1-1) has won 14 of her 16 start. The two non-wins were a win and subsequent disqualification and a second by a neck. She is this I—I close to being undefeated in 16 races. Horseplayers should not expect her to be even-money odds by post-time, probably closer to 1/5 maybe even 1/9.

SWISS SKYDIVER (PP: 2 ML 2-1) has won three of four at the distance with a second. She beat last year’s Kentucky Derby winner AUTHENTIC, winning the Preakness Stakes and is one for one at Oaklawn Park. Why is she here? Well, one of the top three has to be ranked third. It would not be much of an upset if she wins and she might.

GETRIDOFWHATAILESU (PP: 5 ML 6-1) has three wins, a second and a third in five Oaklawn tries. She’s also finished in the money in three of three at the distance. She’ll be the one coming the fastest at the end and could pass one, maybe two of the top three picks if they tire after a torrid pace.

CLICK HERE TO BET ON THE APPLE BLOSSOM AT TVG.COM