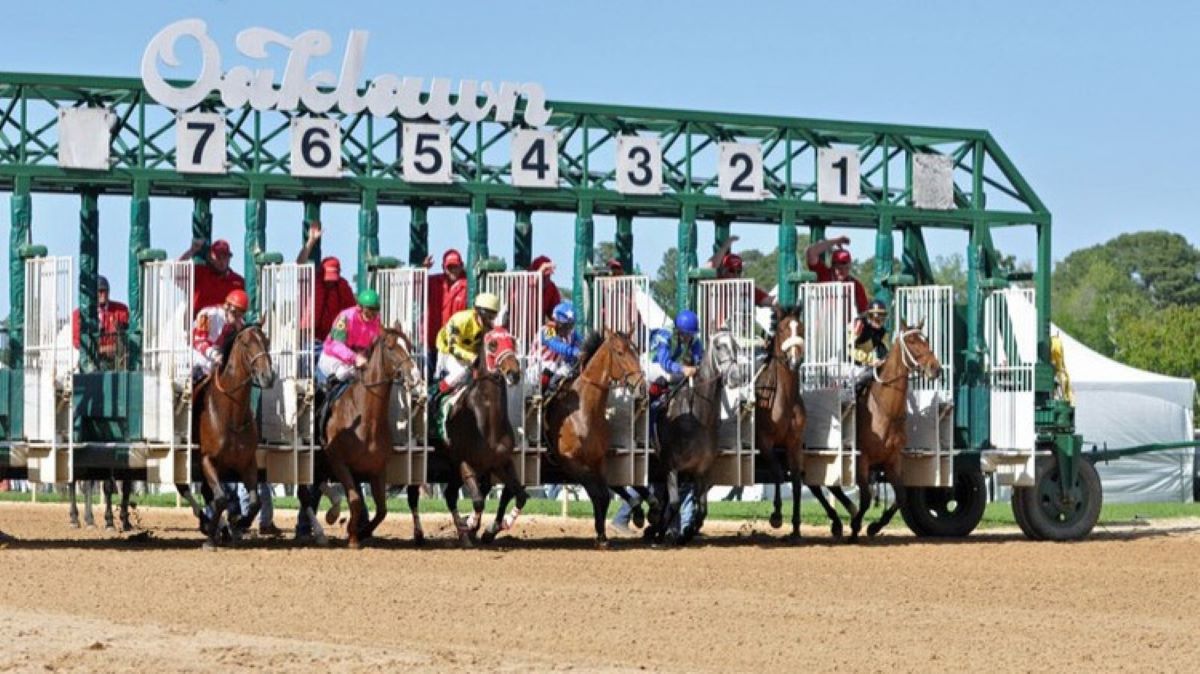 This is it, the last weekend for Kentucky Derby and Kentucky Oaks qualifying races and an opportunity to make Churchill Downs reservations for the May 1st weekend. Hot Spring, Arkansas is where is the marquee races will run. Oaklawn Park hosts the final win and you are in Kentucky Derby points race. Second could earn a spot in Louisville too with 40 points and a chunk of the $1 million in prize money.

The Arkansas Derby and its 100 points is the headliner on a 14-race card, including four stakes races with at least $250,000 jackpots.

It’s one of the deeper stakes’ fields on the day with nine horses running 1 mile on Oaklawn’s main track. The distance and surface favors early speed types, especially those with a post draw of four and higher.

RUSHIE (PP: 4 ML 3-1) has three wins in his eight-race career and they all have something in common. Every time he’s earned the winners’ check, it was in his first race following some rest. Well, RUSHIE hasn’t raced since the Breeders’ Cup Dirt Mile on November 7, 2020. The four-year-old’s training sessions suggest he’ll be ready to roll once again.

BLACKBERRY WIN (PP: 5 ML 5-1) recorded his career best speed figure and tops for this field in his last outing.  It’s not surprising as he’s run some of his best races at Oaklawn Park where he has two wins and a second by a neck in three tries. He should be close to the front at a distance/surface that favors fast horses.

WELLS BAYOU’s (PP: 3 ML 4-1) jockey and trainer combination of Florent Geroux and Brad Cox wins at 30% together. Despite their status as two of the best at their respective crafts, the duo still manages to generate a positive return on investment (ROI) when paired up. The combo finished third as public’s post time choice in WELLS BAYOU’s last start. The good news is Cox wins at 33% the next time around the track with a beaten favorite.

BY MY STANDARDS (PP: 6 ML 5/2) is the best horse in the field as measured by winnings. He’s collected more than $1.8 million in 14 races, which is a little less than twice the next closest horse, LONG RANGE TODDY (PP: 1 ML 20-1). He is the oddsmaker’s morning line favorite and could easily live up to the challenge; however, he is making his first start since November 27, 2020. Unlike RUSHIE, sometimes BY MY STANDARDS needs a warmup race before hitting form.

CLICK HERE TO BET ON THE OAKLAWN MILE AT TVG.COM

As the name suggests, this one should be a fast race with the eventual winner close to if not on the lead from gate to wire.

WHITMORE (PP: 2 ML 9/5) has tore up the Hot Springs track. The eight-year-old has raced at Oaklawn Park 15 times, visited the winners’ circle on nine occasions, finished second five times with a third. That’s a 100% in the money record at Oaklawn. He’s not too shabby at the distance either with 13 wins, eight places and two shows in 25 races.

C Z ROCKET (PP: 6 ML 2-1) just beat WHITMORE by a neck, earning his first win and first time on the board in five Oaklawn efforts. He’s won six of his last seven races, finishing second to WHITMORE in the lone non-winning effort. This is the rubber match.

NO PAROLE (PP: 1 ML 9/2) is the definition of a go big or go home horse. He’s six wins and nothing else in his 10 races. Three of those checkmarks in the win column happened in three of four races at 6 furlongs, including one at Oaklawn Park. He’s run at the host track twice, but the other was 1 1/16 miles and one of two races at 1 mile or more.

STRIKE POWER (PP: 4 ML 5-1) ran the best, last race speed figure for this crew, hitting triple-digits. He could be even better in this spot as it’s his third race following a layoff. Oaklawn’s leading trainer, Steven Asmussen wins at 17% in third starts off the bench.

CLICK HERE TO BET ON THE COUNT FLEET SPRINT HANDICAP AT TVG.COM

Six of the last 11 Arkansas Derby winners were close to the early lead all the way around the track with 3 going wire to wire. Four of the remaining five were at the other end of the pack early on, trailing the field and rolling past tired legs late. With only six horses scheduled to run, the odds favor the fast bookend over the slower.

CADDO RIVER (PP: 2 ML 7/2) has that combination of trainer Brad Cox and jockey Florent Geroux, who wins at a high rate together with a positive ROI. Just like WELLS BAYOU, CADDO RIVER failed to deliver as the chalk in his last race. He finished a well beaten fifth against many of these. Surprisingly, he ran “rank” and has nothing in the second half of the race. A candidate for a positive regression.

CONCERT TOUR (PP: 5 ML 1-1) is a lightly raced horse with just three starts on the resume, all as a three-year-old. He’s won all three, including an easy win against CADDO RIVER and most of the others in the Rebel Stakes on March 13, 2021. Jockey Joel Rosario let off CONCERT TOUR’s gas late in the Rebel. It would not be surprising to see the Arkansas Derby get out of hand as well.

SUPER STOCK (PP: 1 ML 6-1) has finished in the first three in five of six starts on a fast surface. It’s supposed to be sunny and warm on Saturday. He finished fourth in the Rebel but had to navigate through some traffic in an eight-horse field. His late pace figures say he’ll be charging the hardest late and he should get a cleaner trip with two fewer horses. Expect major improvement here in his second start after a layoff.

HOZIER (PP: 3 ML 3-1) crossed the tape well behind CONCERT TOUR to collect place money in the Rebel Stakes. He’s improved from race to race in his first three efforts. However, his 6 furlong fraction was a little slower in his last start compared to the race before that. It could be a sign that he is tiring as young horse running once a month for the last three-months without a break.

CLICK HERE TO BET ON THE ARKANSAS DERBY AT TVG.COM