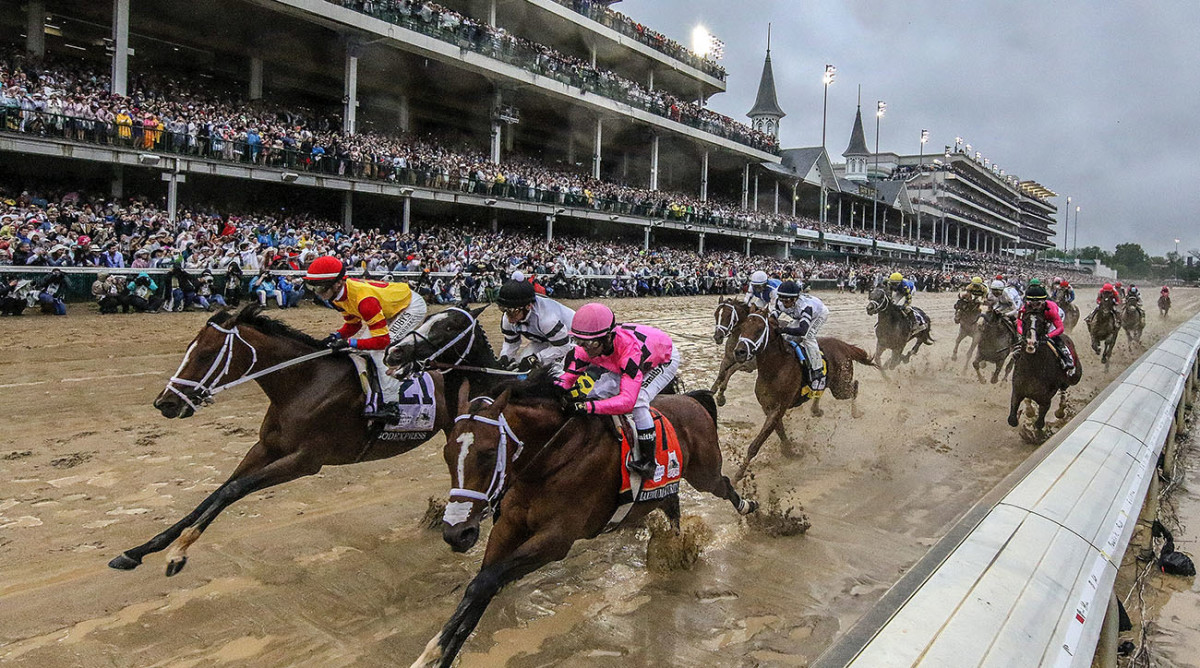 Horseplayers of all interest levels tune in to watch the “two most exciting minutes in sports.” The Kentucky Derby! The field is set, the odds are out, hats are selling like NFTs, all that’s left is for the gates to open and the Derby horses to run for the roses.

The Super Bowl of Horse Racing, the Kentucky Derby punctuates a stellar card of wagering opportunities because of overflowing money pools. Money pools are often an overlooked part of horse racing. When “punters,” as they are called in the UK, place a wager, their money goes into a pool. Think of a pool as a bucket, win bet money goes into the win bucket, exacta wagers into the exacta bucket and so on.

The government via taxes and the track take their cut off the top and what’s left in the pool is divided by the number of winning tickets. That’s how horse racing works. For races like the Kentucky Derby, millions and millions of fans place bets, requiring super-sized buckets.

Derby day attracts deep fields and great horses. Truthfully, just about any horse in every race can win or finish in the money. Tons of fans, tons of money combined with tons of good to great horses equals tons of opportunities to hit big tickets.

Let’s see if we can do our part.

A group of 13 horses will run 7 furlongs on Churchill Downs’ main track. The distance and surface tend to favor horses that can get to the lead, which is also usually the best way to win with races with a lot of horses.

MIND CONTROL (PP: 2 ML 6-1) tied for the top, last race speed figures in his first race following nearly three and half months in the barn. The five-year-old showed major improvement in previous second starts following a layoff and could do the same here. It’s also one of trainer Gregory Sacco’s strongest angles, winning at 21%.

FLAGSTAFF (PP: 4 ML 3-1) hit the highest number on the speed gun for the distance compared to the rest of the field, meaning he has the most potential. He looks razor sharp with two bullet workouts since his last race and has been strong at the distance, three wins and a second in five outings.

WHITMORE (PP: 9 ML 7/2) has the largest bank account, by far, for this field, amassing more than $4.3 million in earnings. He came home second in his last race as the public’s top choice. He should be at/near his best today making the classic third start after a layoff, and trainer Ron Maquett bounces back at 25% the next time around the track with beaten favorites.

PHAT MAN (PP: 1 ML 12-1) fit the longshot with a solid chance profile. He’s raced at Churchill Downs twice and won both of them. The Louisville, Kentucky track can be tricky. Hall of Fame jockey Mike Smith says the surface is “cuppy” and some horses don’t respond well to it. So, PHAT MAN being two for two over the course is a major plus.

CLICK HERE TO BET ON THE CHURCHILL DOWNS STAKES AT TVG.COM

Nine will race 1 1/8 miles on the grass course, making two-turns before sprinting the finish line. It’s difficult to get a sense of which/ running style works as there were only four at the distance and surface during the fall meet. However, three of the four to score came from off the pace and the lone speed to take the top-prize went wire to wire. It could be a one end of the barbell or other distance, just don’t get stuck in the middle?

COLONEL LIAM (PP: 3 ML 3-1) has tried grass five times and beat them all to the wire in four, including one for one at the distance in his last race. This will be his second start off the bench and his resume says he’ll be better in round two than he was in round one. He’s definitely a top contender.

SMOOTH LIKE STRAIT (PP: 7 ML 4-1) could be the beneficiary of the race’s pace scenario. As they say in boxing/UFC, styles make fights. In this fight, SMOOTH LIKE STRAIT could find himself on the lead running at a comfortable pace as most of the others are stalkers/closers. If he gets away with controlling the race at a modest pace, it could be SMOOTH LIKE STRAIT to the winners’ circle.

DOMESTIC SPENDING (PP: 5 ML 9/2) is 1 ½ lengths from being undefeated in five races. The lone miss was on tight, inner turf course where the four-year-old son of KINGMAN finished third. He hasn’t raced since late November but typically runs well after time off; however, his workouts have been average leading into this spot, which gives us some pause.

DIGITAL AGE (PP: 6 ML 8-1) is our solid Churchill experience pick. He’s given the grass course a go twice and tickled the winning twine both times. He’s a late charger along with a pack of other stalkers/closers, but he has some of the most powerful late race scores.

CLICK HERE TO BET ON THE TURF CLASSIC STAKES AT TVG.COM

We’ve created a little cheat sheet for you to print out, bookmark as a favorite, scribble down in a notebook, or however you store things for future reference.

Every winner Since moving to the qualifying system in 2013 collected at least 100 qualify points.

Since 2000, posts seven and out have won 16 of the last 21 Kentucky Derbies and 11 wore double digit numbers.

The last seven Derby Champs – including MAXIMUM SECURITY who won but was disqualified – raced no worse than third at the quarter, half and three-quarter mile markers and all but one of the seven had the lead for good after 1 mile (the lone other was second).

Horses that ran in the Satna Anita or Florida Derbies, especially the winners, tend to carry their form to the Kentucky Derby better than those running in other late qualifiers like the Arkansas Derby, Louisiana Derby, Blue Grass Stakes, Wood Memorial… In fact, all but one of the Kentucky Derby winners since 2013 ran in the Florida or Santa Anita Derbies (Arkansas Derby is the other).

So, the typical Kentucky Derby winner since the points system was put in place has 100+ qualifying points, draws an outside post with tactical speed and most likely won or ran in the Santa Anita or Florida Derby.

ESSENTAIL QUALITY (PP: 14 ML 2-1) is undefeated in five starts, winning with varying running styles and track conditions. He’s coming out of the Blue Grass Stakes, which hasn’t been a key Derby race of late. However, he did win the Blue Grass with the second fastest time since 2013, but every Blue Grass winner that ran in the Derby saw its speed rating drop in the Kentucky Derby since the qualifying change. Nonetheless, the favorite was won (6x) or finished second (2x) in eight of the last 10 KDs.

ROCK YOUR WORLD (PP: 15 ML 5-1) is undefeated in three starts and is the Santa Anita Derby champion, where he tied for the top, last race speed figure in his first race on dirt. There is every reason to expect him to be better in his second start on dirt. Oh, and by the way, his final Santa Anita Derby time was on par with last year’s Kentucky Derby winner, AUTHENTIC and a little faster than Triple Crown Winner JUSTIFY’s time. That’s good company.

KNOWN AGENDA (PP: 1 ML 6-1) is the Florida Derby title owner and ran the top Equibase speed figure, by far, in the race since 2013. However, drawing the rail severely damages his chances to win here. FERDINAND was the last to wear a 1 in the winners’ circle, all the way back in 1986. Madonna was relevant then. Most Florida Derby winners saw their speed scores go up in the Kentucky Derby. It will take a big effort and a great ride from jockey Irad Ortiz, Jr. to get home first, possible but a lot less often than one in six.

HIGHLY MOTIVATED (PP: 17 ML 10-1) barely lost to ESSENTIAL QUALITY in the Blue Grass Stakes, giving up the lead at the wire by a neck. He could be stronger in his third start following a layoff and has the ideal setup with an outside draw and enough speed to be close to the lead all the way around the track. His improving late pace numbers hint at a horse that could be peaking at the right time.

CLICK HERE TO BET ON THE KENTUCKY DERBY AT TVG.COM