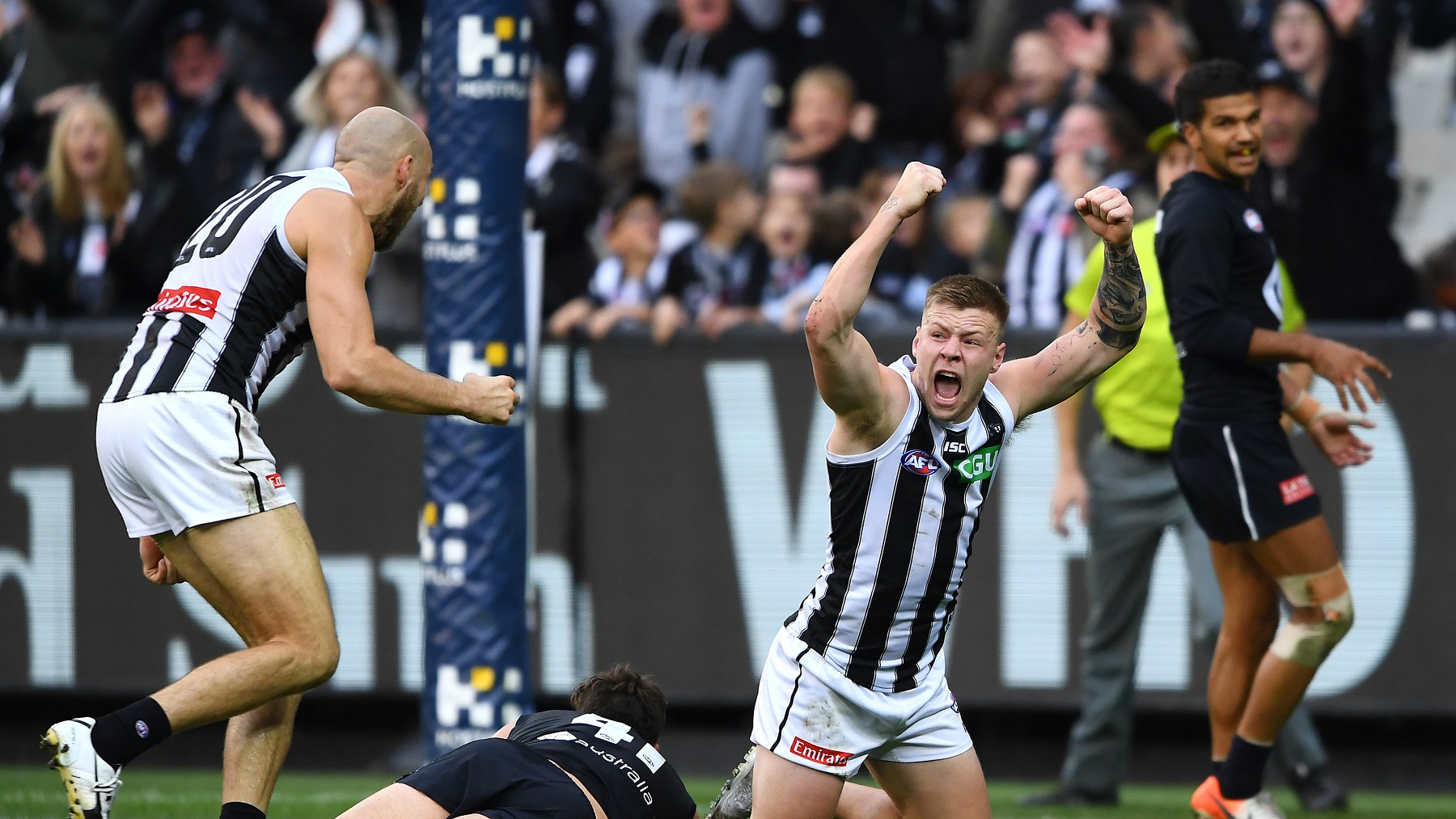 Collingwood vs Carlton – AFL Picks, Predictions and Best Bets – Round 11

Collingwood vs Carlton – AFL Picks, Predictions and Best Bets – Round 11

One of the biggest rivalries in the AFL gets another installment this weekend as the Collingwood Magpies take on the Carlton Blues on Sunday morning. Check out our preview for the clash below.

The Magpies recorded one of the upsets of the season so far as they travelled west and defeated the fourth placed Fremantle Dockers. With the win, the Pies now move to 5-5 on the season and are just four points out of the top eight.

The Pies will be without a few key players for the Sunday morning clash, most notably star ruckman Brodie Grundy, who will miss at least the next month with a knee injury. Also on the sidelines is Jordan Roughead, Jack Madgen, Nathan Kreuger, Ash Johnson and Tom Wilson.

The Blues are absolutely flying at the moment. They have won their last four games on the trot and have moved up into 3rd place on the AFL ladder. They recorded a brilliant win over the Swans on Friday Night Footy last week, led by star forward Charlie Curnow, who booted six goals.

The Blues are also battling injury concerns at the moment, but have been dealing with it extremely well. Curnow’s running mate Harry McKay remains on the sidelines, as does Ed Curnow, Mitch McGorvern, Marc Pittonet and Zac Williams.

There is a lot of value abotu the Blues here. I expected them to open as favourites at around 15-20 points but the line at the moment is just 8.5 in favour of the Blues. They have an average winning margin of the Blues 8 wins this season has been 23.0. Back them to get the job done at the G.

It was the first time Mick Malthouse faced Collingwood as Carlton coach and the game had both an electric atmosphere and a heartstopping conclusion.