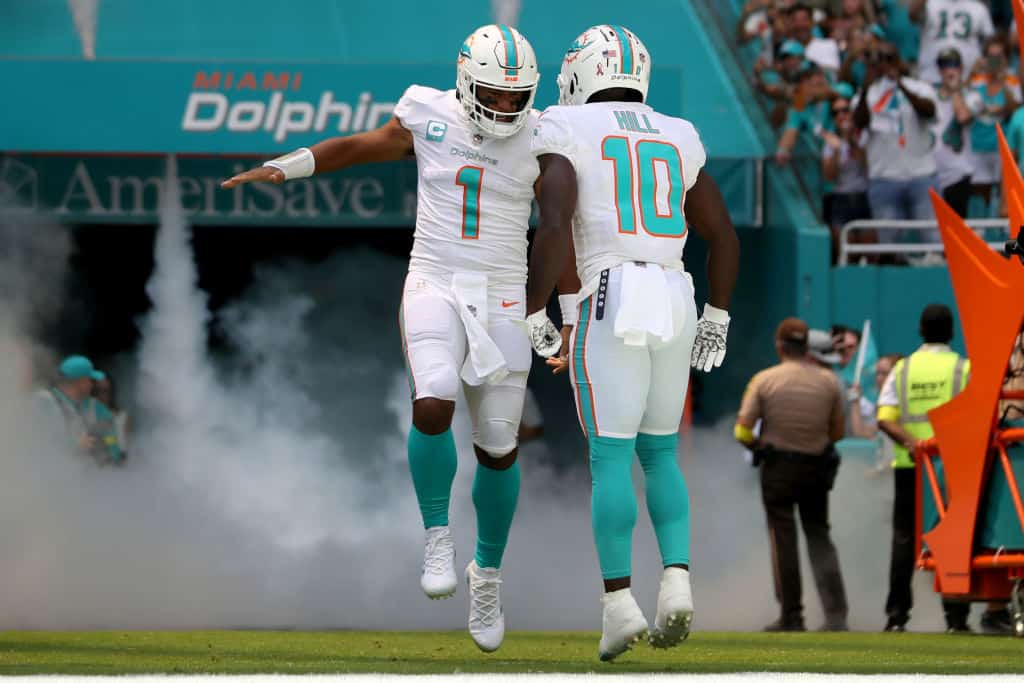 Week 3 in the NFL season kicks off on Thursday night with a big AFC North clash between the Dolphins and Bengals.

Check out our preview for the key games of the weekend as well as our betting picks for every game in Week 4 below.

The Dolphins shocked the NFL in Week 3 when they upset the red hot Buffalo Bills to move to 3-0 on the season. They are now on top in the AFC East and have set up what should be a great back and fourth race in the division with the Bills throughout the season.

The Bengals lost their first two games of the season to the Steelers and Cowboys but bounced back on the weekend with a dominant win over the Jets. They certainly haven’t been the side that made the Super Bowl last season so far, and with back to back games against the Dolphins and Ravens coming up, they could be staring down the battle of a 1-4 start.

The Dolphins and Bengals sit in 8th and 10th in the league respectively in points scored per game this season, with Miami’s offense in particular looking extremely dangerous. I think could be a bit of a shootout on Thursday night, like the overs here.

The Chiefs started the season hot, beating Arizona and the LA Chargers to move to 2-0. They were dealt a blow on the road in Week 3 as they went down by three points to the Colts. Their offense looked uncharacteristically slow in the loss, putting up just 17 points while Patrick Mahomes went just 20/35 for 262 yards including one interception.

Speaking of underperforming offenses, the Buccaneers have stumbled to 2-1 on the back of strong defense, allowing just 8.3 points per game through their first three of the season. They went down to the Packers in another low scoring game in Week 3, with Tom Brady passing for 271 yards on the back of 31/42.

Have to back the under here. This Buccs team has been so stingy throughout the season so far and KC proved that they too have flaws in their offense in the loss to the Colts on the weekend.

The Rams have bounced back from their Week 1 loss to the Bills with back to back wins over the Falcons and Cardinals. They got the job done via offense against the Falcons, putting up 31 points in the win before their defense stood up in Week 3, allowing just 12 points on the road to the Cards.

49ers QB Jimmy Garoppolo started his first game of the season in Week 3 against the Broncos and struggled to get going, going for just 18/29 including an interception in the low scoring loss to the Broncos.

Have to side with the Rams here. They are clearly in better form at the moment as the San Francisco offense look to be still finding their feet with Garoppolo in the starting role.  Back the Rams to win outright as underdogs here. 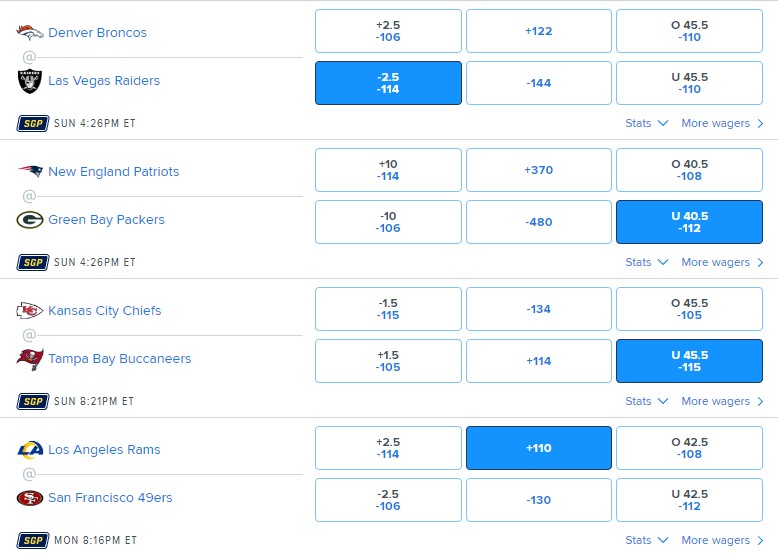