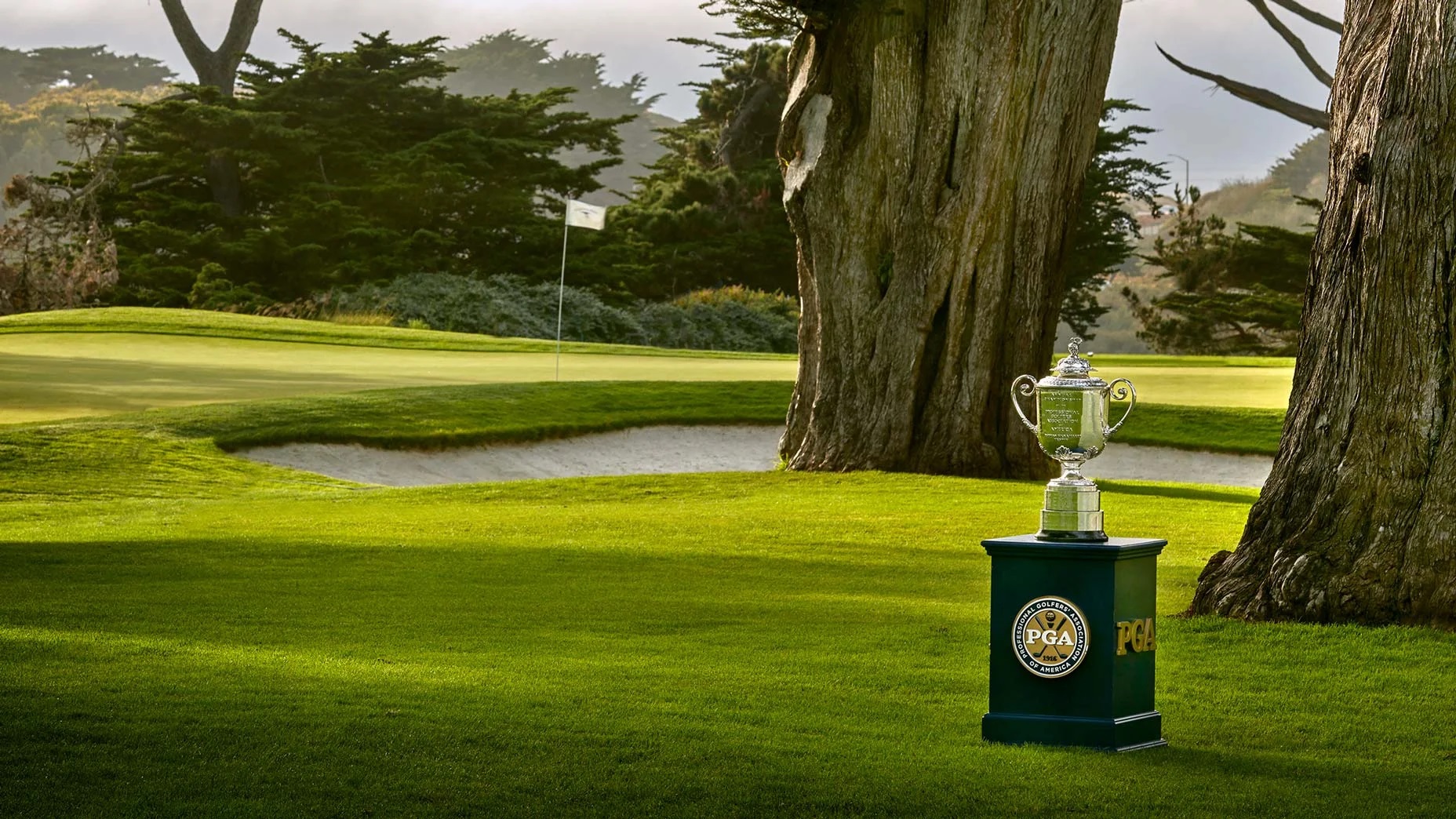 It’s that time again! The 2nd golf major of the year will be played this weekend from the Ocean Course at Kiawah Island in South Carolina. Who will take out the 2021 PGA Championship? Check out our full preview and betting picks for the event below.

The best players in the world will descend on the Ocean Course this Thursday for the first round of the PGA Championship! The field is absolutely jam packed full of talent and there is plenty of value to be found.

Nearly all of the top 50 players in the world will be teeing it up on Thursday, headlined by the likes of Rory McIlroy, Justin Thomas, Dustin Johnson, Jon Rahm and Bryson DeChambeau. The glaring exception is of course Tiger Woods, who remains on the sidelines recovering from his injuries post car crash.

The reigning PGA Champion Colin Morikawa will be looking to add another Wanamaker trophy to his case, as will other previous winners in the likes of Rory McIlroy, Justin Thomas, Jason Day, Brooks Koepka and Phil Mickelson. 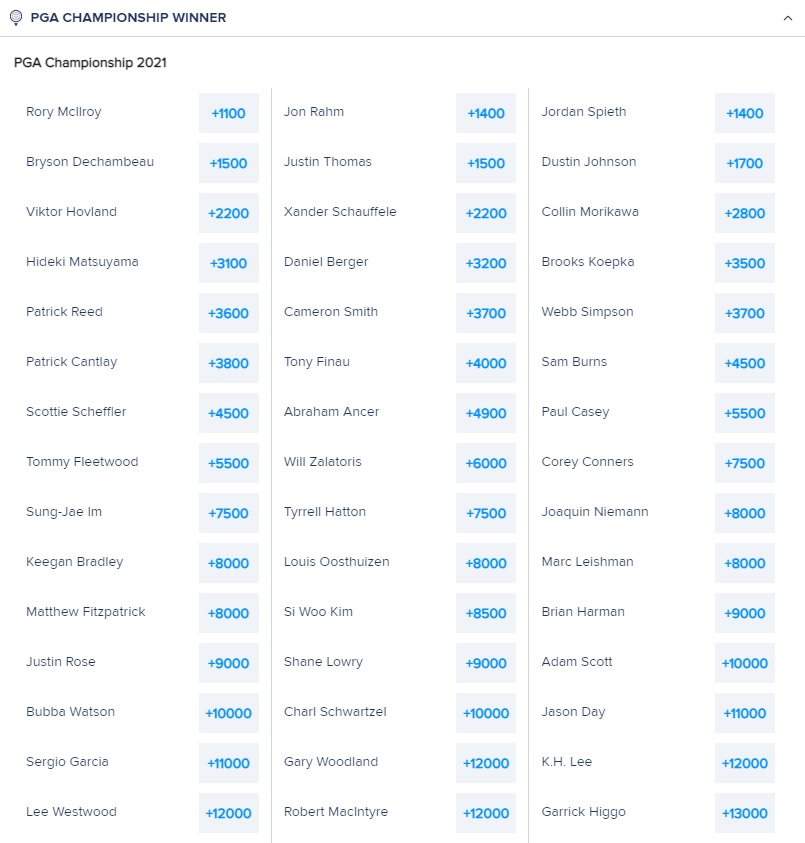 The Ocean Course at Kiawah Island is one of the highest rated courses in the world. It was designed by Pete and Alice Dye and opened for play in 1991. Since then, it has hosted a range of different high profile events including the 1991 Ryder Cup and the 2012 PGA Championship, which was won by Rory McIlroy by a record eight strokes.

The course is a Par 72 that plays at a monster 7,849 yards. To put the sheer length of the course in perspective, the two longest courses played on the PGA Tour last season were Torrey Pines and the Corales Golf Club, which measured 7,765 and 7,670 yards respectively. Long bombers will have a massive advantage this weekend while some players will be completely ruled out due to the length of the course.

Strong course management in the windy ocean-side holes as well as solid play from tee-to-green will be super important at Kiawah Island.

Hard to look to far past Rory McIlroy this weekend. The Northern Irishman was battling through a tough 2020-21 season before a breakthrough victory, his first since 2019, came at the Wells Fargo Championship a few weeks ago. Due to his turn of form and his dominance at Kiawah Island back in 2012, he has to be at the top of the list here.

The other top tier player who we really like this weekend is Justin Thomas. Thomas has been solid without setting the world alight since his win at The Players Championship back in March. He has racked up a T21 at the Masters, T13 at the Valspar and T26 at Wells Fargo in his last three events and is one of the best tee-to-green players in the world. His brilliant long iron play should give him a massive advantage here.

Cameron Champ (+19000) – Champ is one of the longest drivers on tour, ranking behind only Bryson DeChambeau and Rory McIlroy in average driving distance. He won’t have a problem with the lengthy Kiawah Island Course and is in some great form at the moment, racking up four cuts in a row including a T26 at The Masters last month.

Joaquin Niemann (+8000) – The Chilean is one of the most consistent golfers on tour this season. He has played in 16 PGA Tour events and made 16 cuts, including four top 10 finishes and a whopping 11 top 25 finishes. Ranks 8th in driving distance this season on the PGA Tour.

Will Zalatoris (+6000) – Can the youngster continue his miracle run of form? He has gone from a complete unknown to the 30th ranked player in the world over the last few months with the meteoric rise highlighted by a 2nd place finish at the Masters last month. 6th and 2nd in his last two major championships.