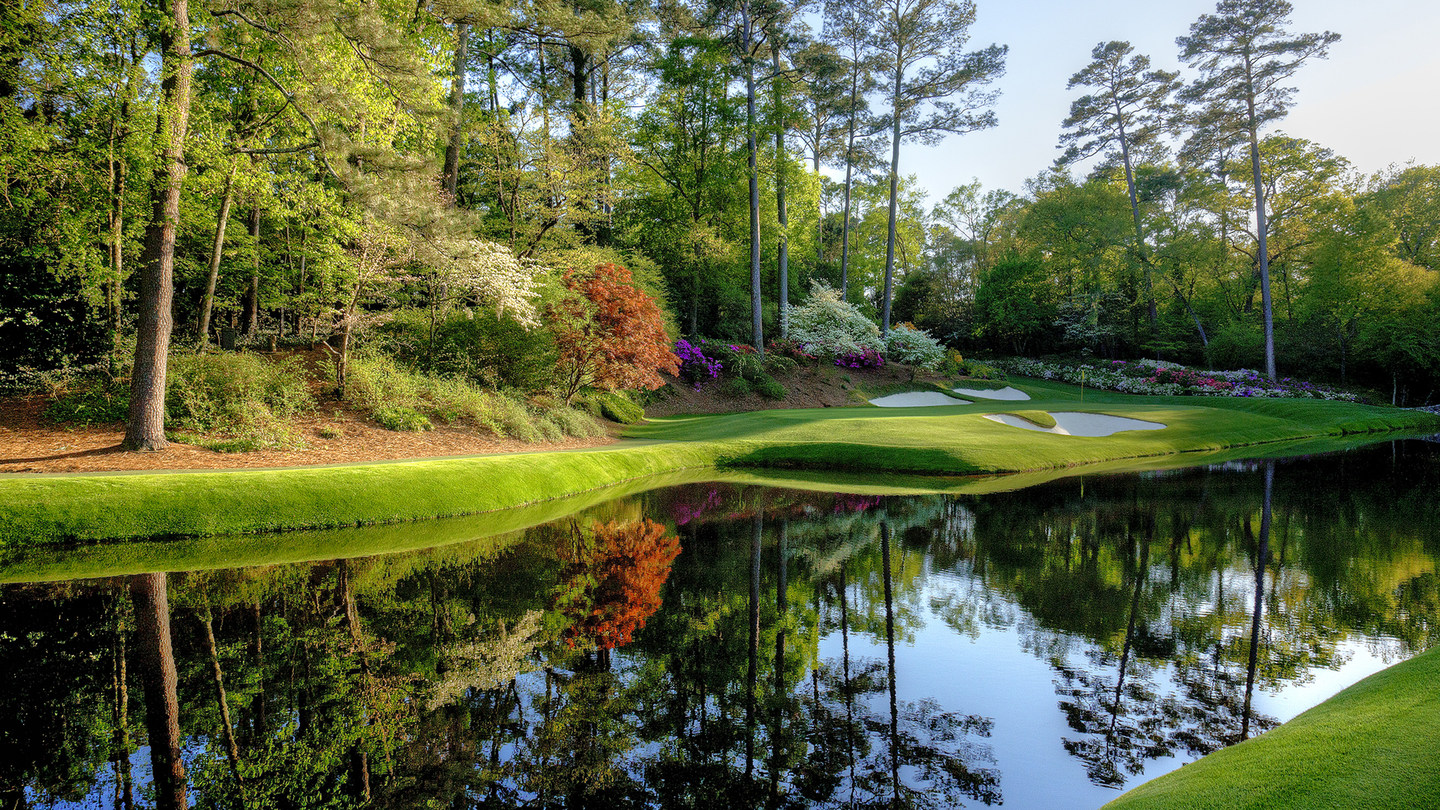 Augusta in the spring time, is there anything better? It seems like only yesterday we were awarding Dustin Johnson the green jacket at the 2020 Masters and already the 2021 edition has rolled around. As always, we have you covered with a full preview and betting picks for Masters below.

Stream: Featured Group coverage, Amen Corner and holes 15 & 16 will be available to stream via Masters.com (Beginning at 8:30 a.m. ET on Thursday-Friday and 10:15 a.m. ET on Saturday-Sunday)

As always in a major, the field is absolutely jam packed. The only notable absentee from the top 50 players in the world is of course Tiger Woods, who is still recovering from the car accident he was in a few months ago. Apart from Woods, all of the top 50 players in the world will be competing in The Masters this season, including Brooks Koepka, who will be playing in his first tournament since recovering from a knee injury.

The field will be headlined by the top 10 players in the world, all of whom will be in attendance in Dustin Johnson, Justin Thomas, Jon Rahm, Collin Morikawa, Bryson DeChambeau, Xander Schauffele, Patrick Reed, Tyrrell Hatton, Webb Simpson and Patrick Cantlay.

Amateurs competing in the Masters this season are Joe Long of England and Americans Charles Osborne and Tyler Strafaci while pro’s debuting at Augusta include Carlos Ortiz, Will Zalatoris and Robert McIntyre. 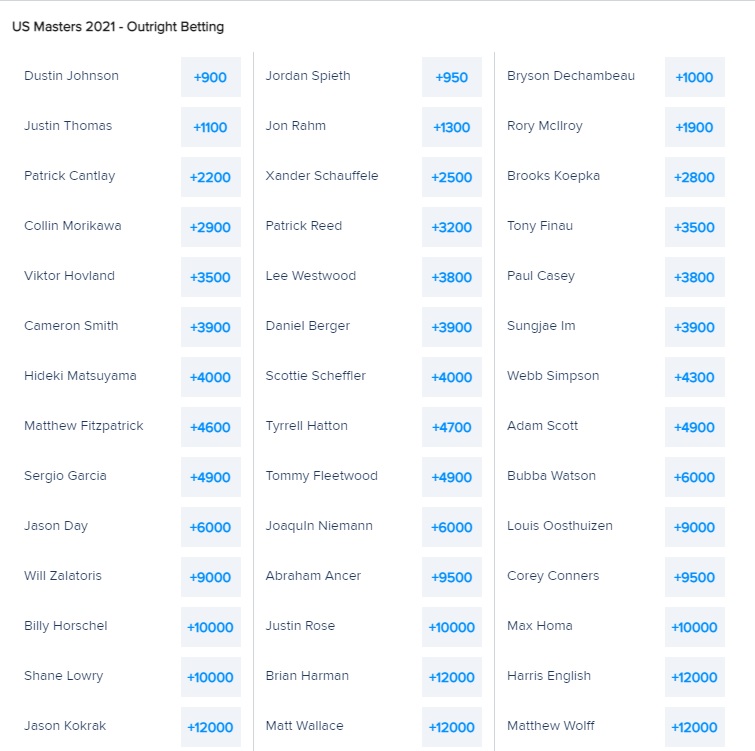 What more can you say about the most famous golf course in the world that hasn’t already been said? The media has analysed every square inch of the course and the information on each of the 18 holes is readily available. Generally, strong short game and putters play well at Augusta, but it is truly a complete test of golf.

2016 Masters Champion Danny Willett gives a fantastic insight into the course with his hole by hole breakdown below.

In my opinion, Justin Thomas is the best golfer in the world right now. JT is coming off a fantastic win at THE PLAYERS and is in great form ahead of his sixth attempt at a maiden green jacket. In each of those attempts, he has gotten closer to winning starting in 2016 and stringing together finishes of T39, T22, T17, T12 and T4 last season.

Bryson copped some critical reviews after the Masters back in November when he said that the course wouldn’t be long enough for him and went on to turn in a disappointing T34 performance. He will be desperate to bounce back this season and prove that his revolutionary long ball can translate at Augusta.

What a perfect time for the former No.1 player in the world to regain form. Spieth won the Valero Texas Open  last week, his first PGA Tour win since all the way back in 2017. The win capped off a fantastic run of form for Spieth, which saw him finish T4 at the Phoenix Open, T3 at Pebble Beach, T15 at the Genesis Open and a T4 at the Arnold Palmer. There aren’t many players who know Augusta better than Spieth and there aren’t many better putters in the world, if any.

DJ is still the No.1 ranked player in the world and the defending champion at Augusta but he has had a few lean weeks which have dropped him down to No.4 on my power rankings for this week. Is coming off a T54 at the WGC in Mexico and a T48 at THE PLAYERS before a very early exit at the WGC Match Play event. Still has to be considered with his ability to score low at Augusta.

Anytime the golfing world switches its focus to a major championship, I’ll always fancy Xander Schauffele. After just 14 appearances in majors, the 27 year old has already racked up 7 top 10 finishes and has missed the cut just once. It’d be difficult to find a run of results of that calibre from someone so early in their career. 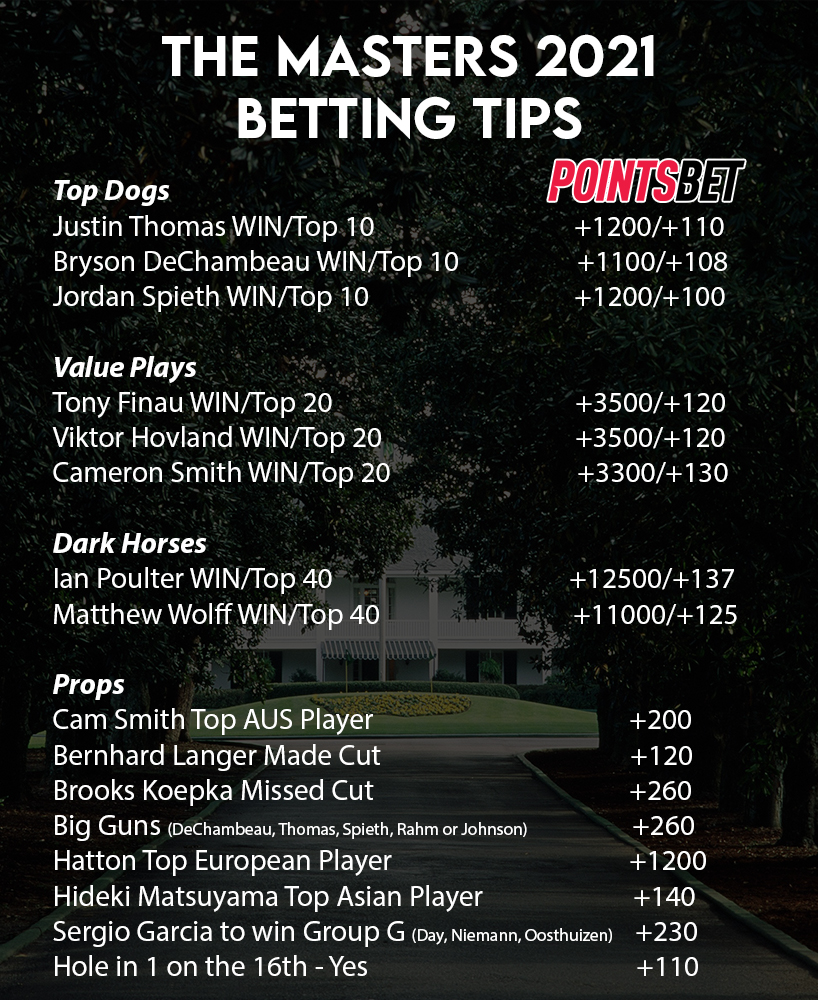