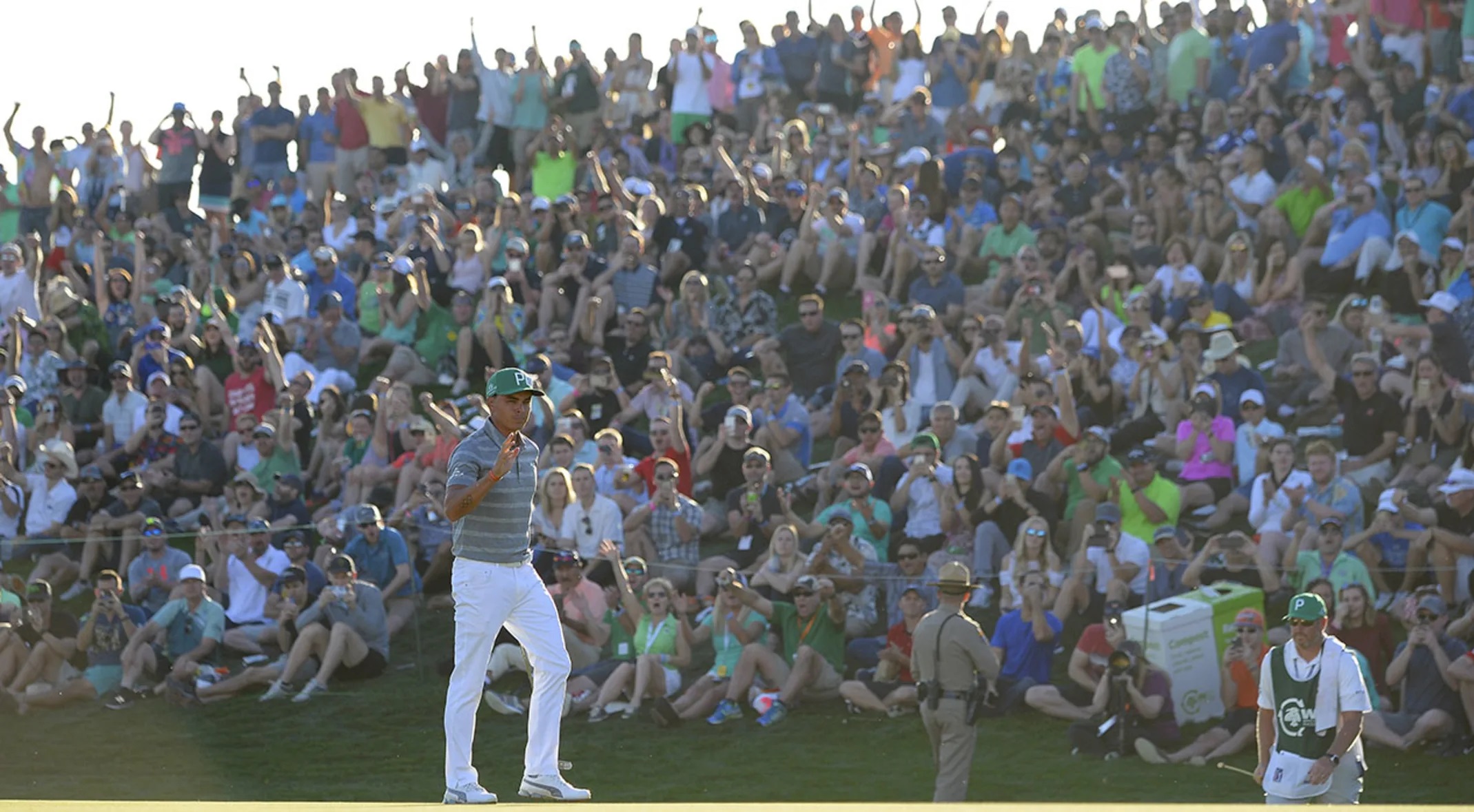 The 2020 PGA Tour has already had some thrilling moments and the action continues this week as we head to Phoenix, Arizona for the Waste Management Open. One of the most unique tournaments on the tour, the WMO always provides a great contest and is famous for it’s crowd participation.

Check out our full preview and betting picksfor the 2020 Waste Management Open from TPC Scottsdale below.

It was a good performance for Total Sports Picks and followers at the Farmers Insurance last week. although we missed on Australian Marc Leishman, who ended up winning his fifth PGA Tour title in San Diego, we did have a fairly good read on the tournament, with our top two picks in Jon Rahm and Rory McIlroy finishing 2nd and T3 respectively.

McIlroy to finish top 10 gave us a tidy winner at odds of -110 while Rahm to do the same came in at +110. Our best value bet of the tournament came in the way of Australian Jason Day, who we picked to finish in the top 10 at healthy odds of +175. The Aussie didn’t disappoint, bouncing back from a tough first round to shoot -8 in the final three rounds and finish T16.

As usual, the Waste Management Open in Phoenix has attracted a pretty talented field, one that is made up of plenty of past winners of the tournament and plenty of top tier players. Rickie Fowler claimed the trophy last season and will be back to defend his title while Hideki Matsuyama, who won in 2016 and 2017, will be looking to become the first player since Phil Mickelson to win three titles in Phoenix.

Accompanying the past winners will be three of the top 10 ranked players in the world in Jon Rahm, Justin Thomas and Xander Schauffele while the rest of the field will be headlined by top level players in the likes of Webb Simpson, Matt Kuchar, Bubba Watson, Bryson DeChambeau, Tony Finau, Colin Morikawa, Brandt Snedeker and Gary Woodland, who won the title back in 2018. 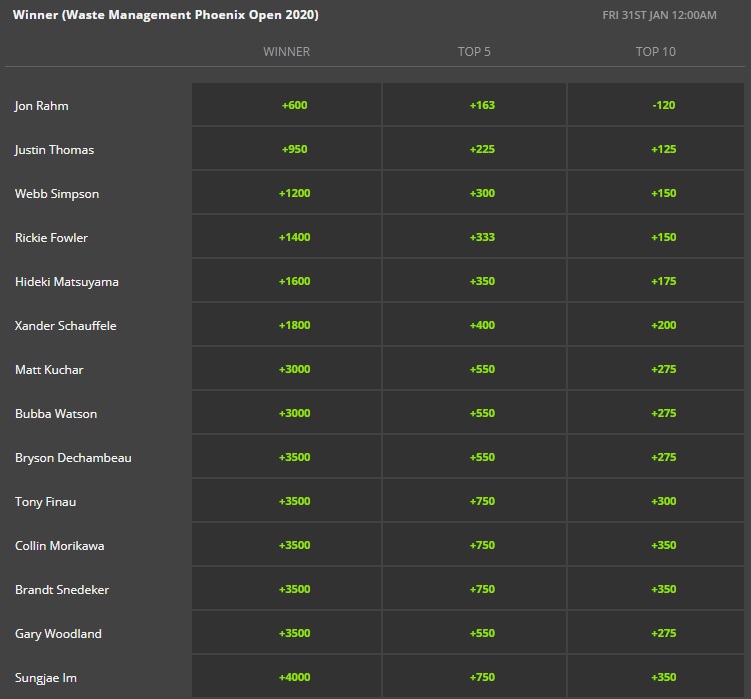 While the course plays like a pretty standard TPC layout at 7,261 yards as a Par 71, the real test at TPC Scottsdale comes in the form of the extremely loud and rowdy crowd. Battling the party style format of the Waste Management Open can be too challenging for some players mentally, and it takes a special type of player to overcome that.

Apart from the rampant crowds, TPS Scottsdale offer soem challenges such as water in play on around half of the tee shots, and with a driveable Par 4 and reachable Par 5’s, players will need to be both long and accurate off the tee. Ball striking will be at a premium this week, while we won’t be placing a lot of emphasis on putting.

TPC Scottsdale is of course most famous for the Par 3 16th stadium hole, which houses unarguably the most most rowdy crowd in all of golf. The hole has produced some of the all time great PGA Tour moments over the years, and we are sure to get a few more this year.

We think most of the action will be heading in Jon Rahm’s direction this week. The Spaniard is one of the most in-form golfers in the world at the moment and was great at the Farmers last weekend, finishing 2nd. However, there has been multiple cases of players failing to back it up the week after a strong performance, so we are staying away from the big guy this week.

We won’t be looking much further down the markets for our top pick this week, however, as we will be targeting Justin Thomas. Thomas has had a stellar start to the 2020 season and is one of just two players to have won two tournaments already. He claimed trophies in both the CJ Cup and the Sentry Tournament of Champions, and also has two more top 5 finishes at the Safeway Open and Hero World Challenge.

When we think of players who are capable of dealing with the crowds in Phoenix, Thomas instantly comes to mind. He was arguably the United States best player at both the Ryder Cup and the Presidents Cup over the last two years, playing both tournaments in front of hostile away crowds in Europe and Australia.

Thomas also has a good record in Phoenix over the past few seasons, finishing 3rd behind Fowler and Brenden Grace last season and T17 the year before. Back the World No.4 to lift his 3rd trophy of the year this week.