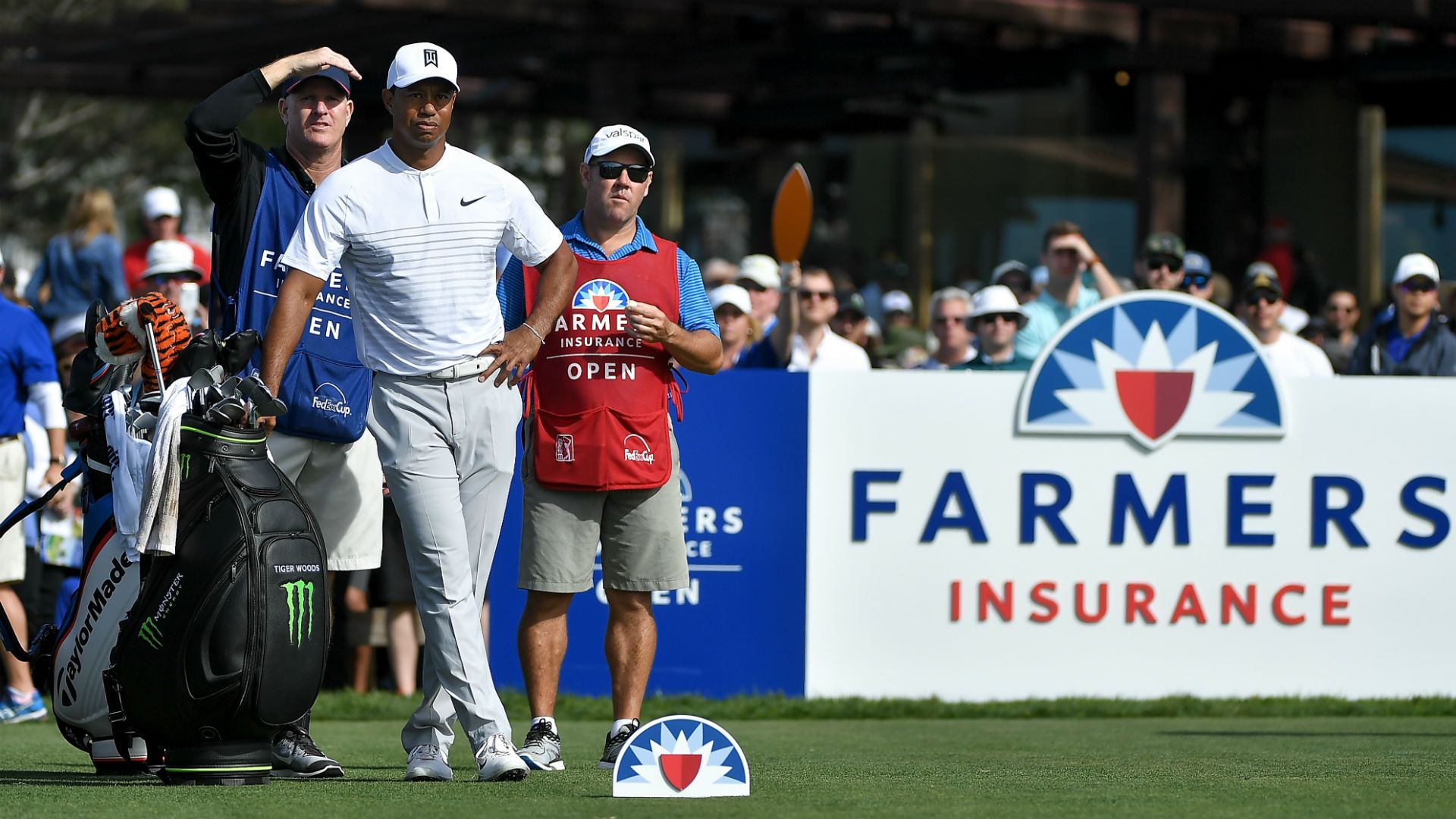 The 2020 PGA Tour stays in California this week as we head to San Diego for the annual Farmers Insurance Open. With $7,600,000 up for grabs, the tournament has attracted arguably the most talented field of any PGA tour event so far this season, which is fantastic for golf fans around the world.

World No.8, Justin Rose, will be back to defend his Farmers Insurance Open title, amongst an array of top tier talent from the United States, Europe and the rest of the world. As usual, we have a full preview and betting picks for the tournament below.

It was a solid performance for TSP in PGA Betting Picks last week at the American Express as our top pick, Sungjae Im, finished T10 and helped us cash a +185 top 10 pick. We’ll look to carry over the momentum into this week.

The Farmers Insurance Open will be played at Torrey Pines Golf Club in San Diego California and is generally a favourite amongst the top golfers in the world. You need only look down the list of previous winners, which includes the likes of Rose, Jon Rahm, Jason Day, Brandt Snedeker and Tiger Woods, to know that this is a prestigious event.

Play will get underway on Thursday morning, with the 156 strong field playing one round at both the North and South Course of Torrey Pines GC before the field is cut to the top 70. Those players who make the cut, will compete in the final two rounds on the weekend, both on the South Course.

The South Course will be our primary focus here as it hosts three out of the four rounds for players. It is a 6,698 yard, Par 72, which was designed by Billy Bell Jr. and opened back in 1957. The South Course was revamped in the early 2000’s to accommodate for the 2008 U.S. Open, which was won by none other than Tiger Woods.

At nearly 7,700 yards, course management and length and accuracy both off the tee and with long irons will be paramount on the South Course. Strong ball strikers and strong tee to green players usually come up trumps at the South Course, which is why Justin Rose was a runaway winner with a score of -21 last season. We’ll be targeting strong players from tee to green and strong players off the tee this week.

While the South Course will host three out of the four rounds, the players will find it much easier to score on the North Course on Thursday or Friday. At nearly 450 yards shorter, they will need to take advantage of the easier conditions and go low if they want to have a contending score on Sunday.

The star attraction of the PGA Tour and the golfing world, Tiger Woods, makes his 2020 debut at Torrey Pines, a course where he has won a ridiculous eight times. To go along with his 2008 U.S. Open win, Tiger has racked up seven wins in the Farmers Insurance Open, formely named the Buick Invitational. Woods first won the tournament all the way back in 1999 and at the peak of his powers, won the trophy four consecutive times from 2005-2008.

Making their 2020 debuts in the PGA Tour alongside Woods are a bunch of top tier players, four of the top 10 in the world to be exact. Rory McIlroy (No.2) and Jon Rahm (No.3) are arguably the two most in-form golfers in the world at the moment and are very suited to the Torrey Pines South Course with their long play off the tee and elite ball striking.

It might be the easy pick, but for me, it’s super hard to look past Rory McIlroy here. The Northern Irishman is arguably in the form of his life, which is saying something since he hasn’t won a major in over five years. In his last three PGA Tour tournaments, McIlroy finished 1st at the Tour Championship, T3 at the ZOZO Championship and 1st at the WGC-HSBC Champions in China.

He is also coming off a 2019 season which saw him play in a total of 19 events and finish in the top 10 in 14 of them, including wins at the PLAYERS Championship, the Canadian Open and the aforementioned Tour Championship, where he picked up a cool $10,000,000 and the Fed Ex Cup trophy, becoming just the 2nd player behind Tiger Woods to win the cup multiple times.

McIlroy made his first trip to Torrey Pines GC last season, where he competed in the Farmers Insurance Open. The Northern Irishman finished T5 with a score of -14. The course suits his length and accuracy off the tee and McIlroy has always been an elite player with fairway wood or long iron in hand. Amongst a few others, I’m picking Rory to be in the mix on Sunday. 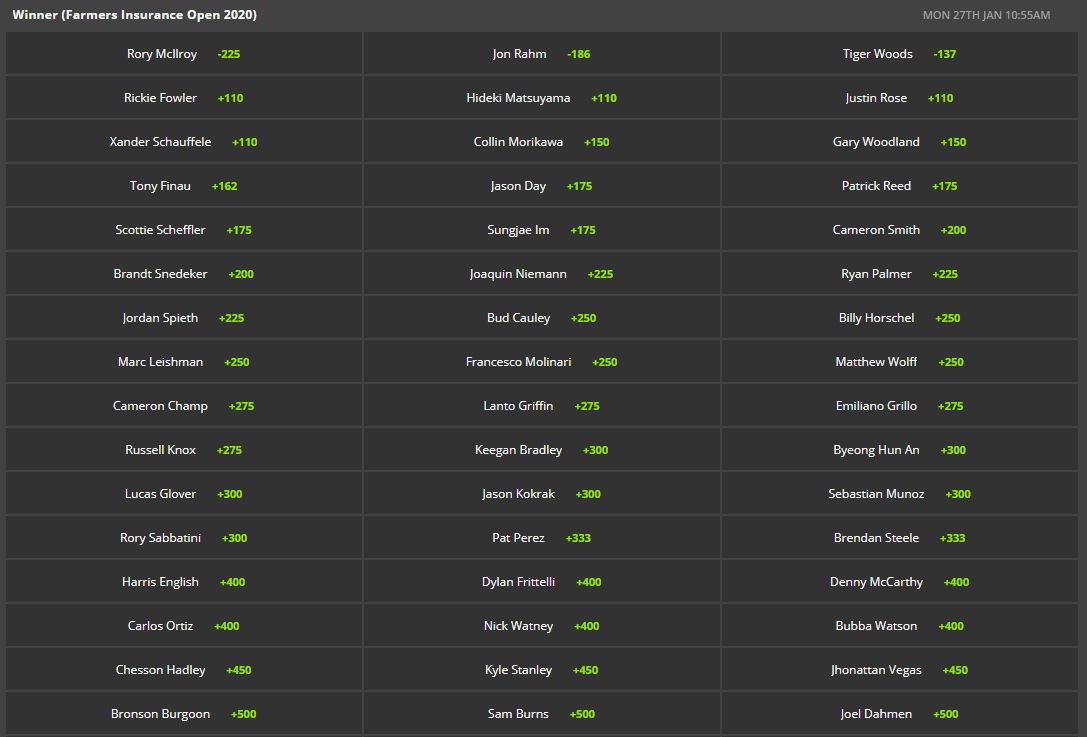