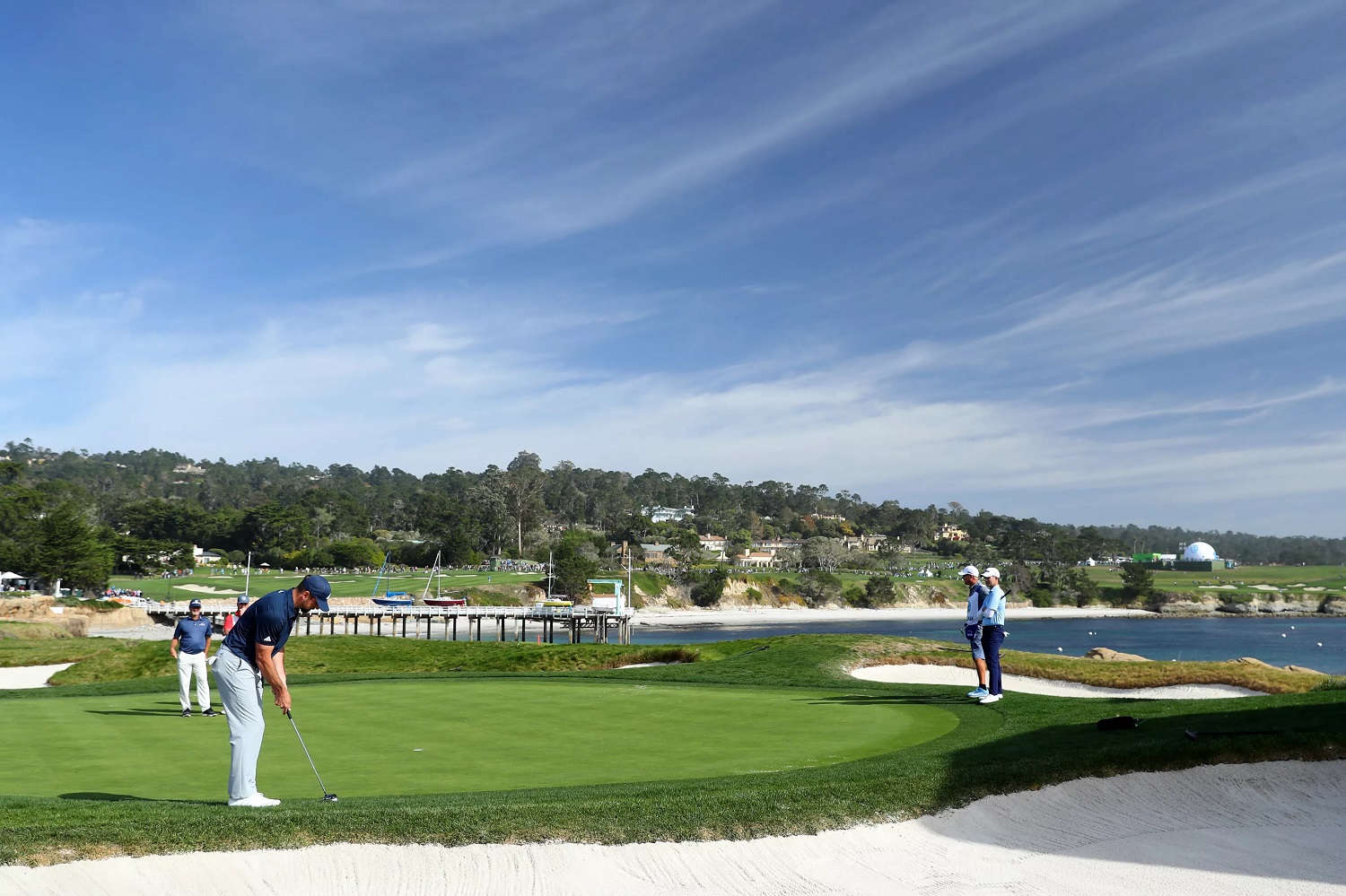 It was a solid result for Total Sports Picks and followers last weekend in Phoenix as our top pick, Justin Thomas, finished T3 behind Webb Simpson and Tony Finau to help us pick up a Top 10 bet at odds of +125.

We’ll look to continue our good form as we head back to California this week for the annual AT&T Pebble Beach Pro-Am. Catch our full preview and betting picks for the upcoming tournament below.

Last season saw a star studded field take place in the AT&T Pebble Beach Pro-Am as players looked to find some form on the famous course ahead of the U.S. Open later in the year. Without the major being played at Pebble Beach this year, the field is considerably less attractive, however, there are still some top names amongst the player list who will be teeing it up Thursday.

The field is headlined by former winners at Pebble Beach. In fact, multiple winners are littered throughout, with Phil Mickelson (5), Brandt Snedeker (2) and Dustin Johnson (2) having shared 9 wins between them. Throw in one time winners in Jordan Spieth, Vaughn Taylor, Ted Potter and Jimmy Walker, who make up some of the names at the top of the betting markets.

Johnson enters the tournament as the favourite and the No.5 ranked player in the world and will be joined by one more top 10 ranked player in Patrick Cantlay. Jason Day, Paul Casey, Matt Kuchar, Branden Grace, Matthew Fitzpatrick and Viktor Hovland make up some of the other top chances.

While the AT&T Pro-Am is famous for being held at Pebble Beach, the famous course is actually just one of three courses used across the event. Each professional will be partnered with an amatuer and they will play Pebble Beach, Spyglass Hill and Monterey Peninsula Country Club over the first three days before the top half of the professional field will meet back at Pebble Beach on Sunday for the final round.

We’ll focus on the host course here, as pros will need to play two quality rounds at Pebble Beach to ensure they have a chance late on Sunday. Pebble Beach plays at just over 7,000 yards as a Par 72 and with some of the widest fairways on the PGA Tour, the course is hardly a challenge off the tee for the pros.

Pebble Beach’s main test comes from it’s small and precisely located greens, which can be tricky to find at times, so players will need to be dialled in with their wedges and short irons, particularly when pin positions are at their toughest on Sunday.

To give an example of how much the course can differ from standard PGA Tour conditions versus when it is set up for a U.S. Open. The last six U.S. Open champions at Pebble Beach have an average score of just 5.3 under par, while the last six winners at the AT&T Pro-Am have averaged 17.5 under par.

Jordan Spieth might be one of the most maligned golfers in the world right now. The former No.1 and three time major winner has dropped out of the top 50 for the first time in over five years and has had a bit of a rocky start to the 2020 season. He missed the cut last week at the Waste Management Open but we think there is real value in him to bounce back this week at Pebble Beach.

As we mentioned above, Pebble Beach is not a challenge off the tee for professional golfers, and that is where Spieth has suffered the most this season. We think his flaws will be marginalised by the famous course, and his strengths should be increased. You have to be a solid short iron player and great on and around the greens to play well at Pebble Beach, and Jordan has proven he can do so over his career.

In his last seven trips to the famous course (excluding the U.S. Open last season), Spieth has never failed to make the cut, and has three top 10 finishes as well as one win (2017) to his name. He comes into this tournament at around +4500 to win, which we think is a little high given the field is pretty light of top end talent.