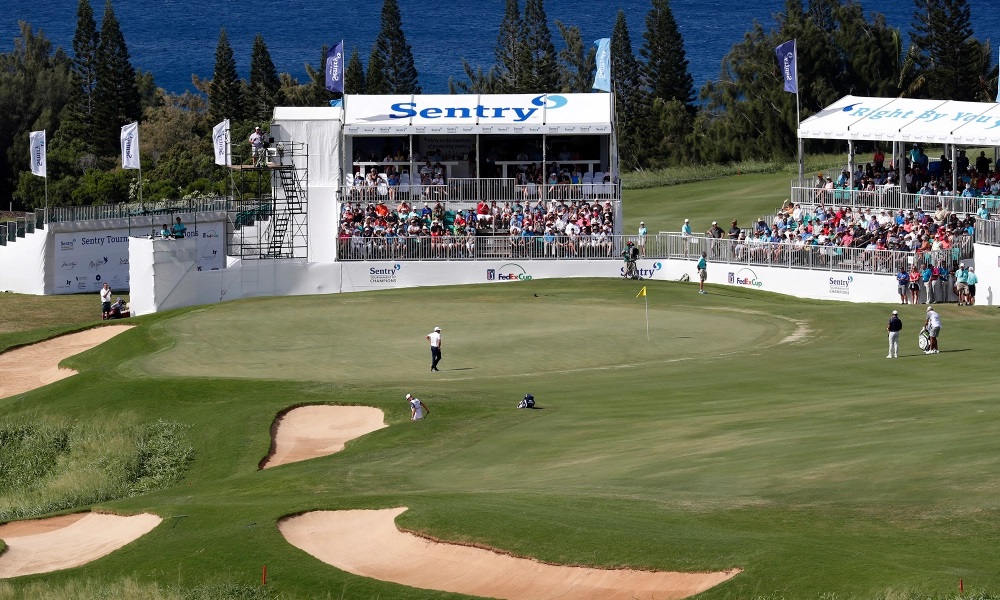 After a well-deserved festive season holiday for professional players around the world, the PGA Tour kicks back into gear this week with a massive Sentry Tournament of Champions from Kapalua in Hawaii.

$6,700,000 will be up for grabs for a field which is just 34 players strong, featuring only winners from the PGA Tour last season. As usual, we have a full preview and betting picks for the action below.

Xander Schauffele will be back to defend his title in Kapalua after winning the Sentry Tournament of Champions by just one stroke over countryman Gary Woodland last season. Other past winners who wil be back to reclaim the title include Justin Thomas, Patrick Reed and Dustin Johnson, who won the title in 2013 and 2018.

There are some major absences from the field for the Tournament of Champions, but with only PGA Tour winners from the previous season being invited, you can imagine that the starting list is still packed full of talent. Three of the four major winners from last season in Brooks Koepka, Tiger Woods and Shane Lowry will all miss the tournament, however, U.S Open champion Gary Woodland will be in attendance. Rory McIlroy, who won three events on the PGA Tour last season, will also miss the event.

Headlining the field will be eight players form the United States winning Presidents Cup team in Justin Thomas, Dustin Johnson, Patrick Cantlay, Patrick Reed, Rickie Fowler, Gary Woodland, Matt Kuchar and Xander Schauffele. Topping them all in the betting markets, however, is World No.3 Jon Rahm, who enters the tournament as the hot favorite and one of the most in-form golfers in the world.

The field will be rounded out by a bunch of debutants at the Tournament of Champions, most notably rookie sensations from last season in Collin Morikawa and Matthew Wolff, who both picked up tournament wins in their first few months of professional play.

The Plantation Course at Kapalua Resort in Hawaii plays at 7,518 yards and is the only Par 73 on the entire PGA Tour. Length is usually key at Kapalua, as we’ve seen some big hitters in the likes of Schauffele, Johnson, Thomas, Woodland and Rahm all at the top of the leader-boards in the past few editions of the event.

The Plantation Course features some tricky elevation changes scattered throughout the course, which results in some reachable Par 4’s and 5’s which the big hitters will look to take advantage of. Since the Tournament of Champions relocated to the Plantation Course in 1999, there have been just three multiple time winners of the event, Australian pair Stuart Appleby and Geoff Ogilvy as well as American Dustin Johnson.

Can’t get enough of Justin Thomas this week. The American has been in some dominant form to start the 2020 PGA Tour season and has a proven record at the Plantation Course at Kapalua. Thomas won the Tournament of Champions back in 2017, defeating a talented field which included the likes Hideki Matsuyama, Jordan Spieth and Dustin Johnson.

Thomas kicked off his PGA Tour season with a T4 at the Safeway Open before winning the CJ Cup in South Korea with a score of -20. He then finished T17 in the ZOZO Championship in Japan before travelling to the Bahamas for the Hero World Challenge and finishing T5.

Thomas also had an extremely impressive outing at the Presidents Cup, where he racked up more points than any other American player and finished with an overall 3-1-1 record to help Team USA lift the trophy. At +500 to win this weekend, we think the World No.4 is great value.