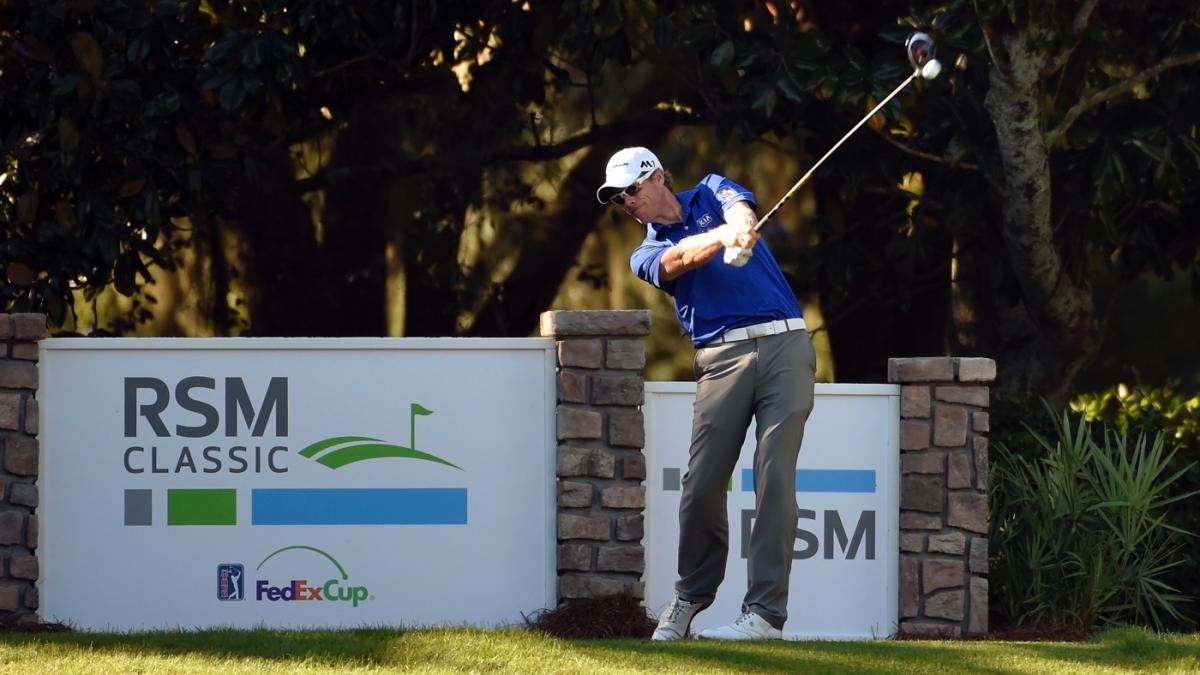 Another fantastic week in PGA Tour betting picks last weekend at the Mayakoba Classic as both Harris English and Abraham Ancer finished in the top 10 to give us wins at odds of +163 at +225.

The final official PGA Tour event of the calendar year kicks off this Thursday as players head to Georgia for the annual RSM Classic! As usual, we have a full preview and betting picks for the week’s action below!

With just $6,600,000 up for grabs this week, the field for the RSM Classic is on the lighter side. Just one player ranked inside the top 20 players in the world, Webb Simpson, will be teeing it up on Thursday alongside a host of lesser known names on Tour.

There will be three players who will use the RSM Classic as a last chance hit out before departing for the Presidents Cup in Melbourne at the start of December. Alongside Simpson will be American teammate Matt Kuchar, who is currently ranked ___ in the world and has had an up and down start to the season.

Representing the international side will be Canadian Adam Hadwin, who is currently in 14th place on the FedEx Cup standings after a great start to the year which included a 2nd place at the Safeway Open and a T4 at the Shriners.

Alongside the top prospects this week is a bunch of Georgia locals in the likes of Patton Kizzire, Zach Johnson, Harris English and Hudson Swafford as well as some past champions of the RSM Classic in Mackenzie Hughes, Robert Streb, Austin Cook, Ben Crane, and Kevin Kisner. 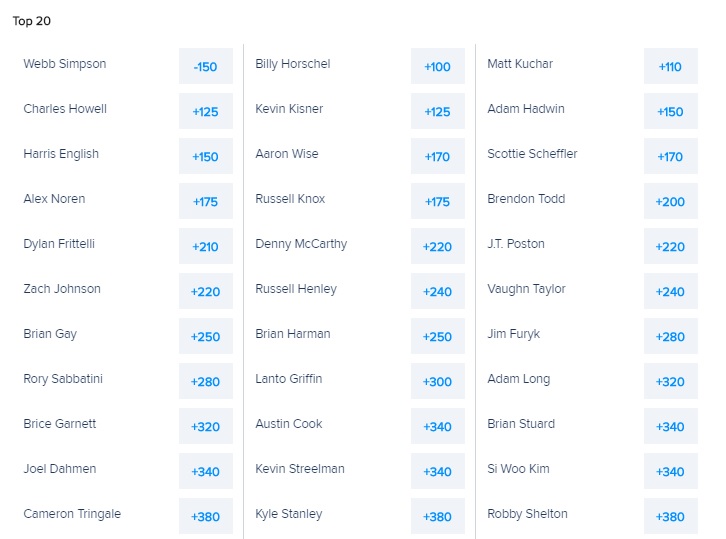 Sea Island Golf Course will host the RSM Classic once again this year, and an interesting twist on the event annually is the fact that golfers actually compete on two different courses. Entrants will play once at the Plantation Course and once at the Seaside Course, before the top half of the field plays rounds three and four at the latter.

Both courses are relatively easy by PGA Tour standards, and a score in the high teens/low twenties under par usually takes out the four round event. We’ll be targeting the locals heavily this weekend, on courses where the fairways are generally easy to find, players who know the slopes of the green complexes and know which pins to attack generally have the upper hand.

There are a few guys who we like the look of for value this weekend. The first of which is Harris English. We were on the American last week at the Mayakoba Classic and he didn’t disappoint, finishing fifth to help us win a top 20 bet at good odds.

English has had arguably the most consistent start of anyone on the PGA Tour through the opening few months of play, having already racked up four top 10 finishes through his first five events. The 30-year-old finished T3 at the Greenbrier, T6 at the Sanderson Farms and T4 at the Houston Open before his performance in Mexico on the weekend and currently sits in 13th place on the FedEx Cup standings.

To go along with his great form, English was also born in Valdosta, Georgia, which is just a few hours driver from Sea Island and he also attended the University of Georgia.