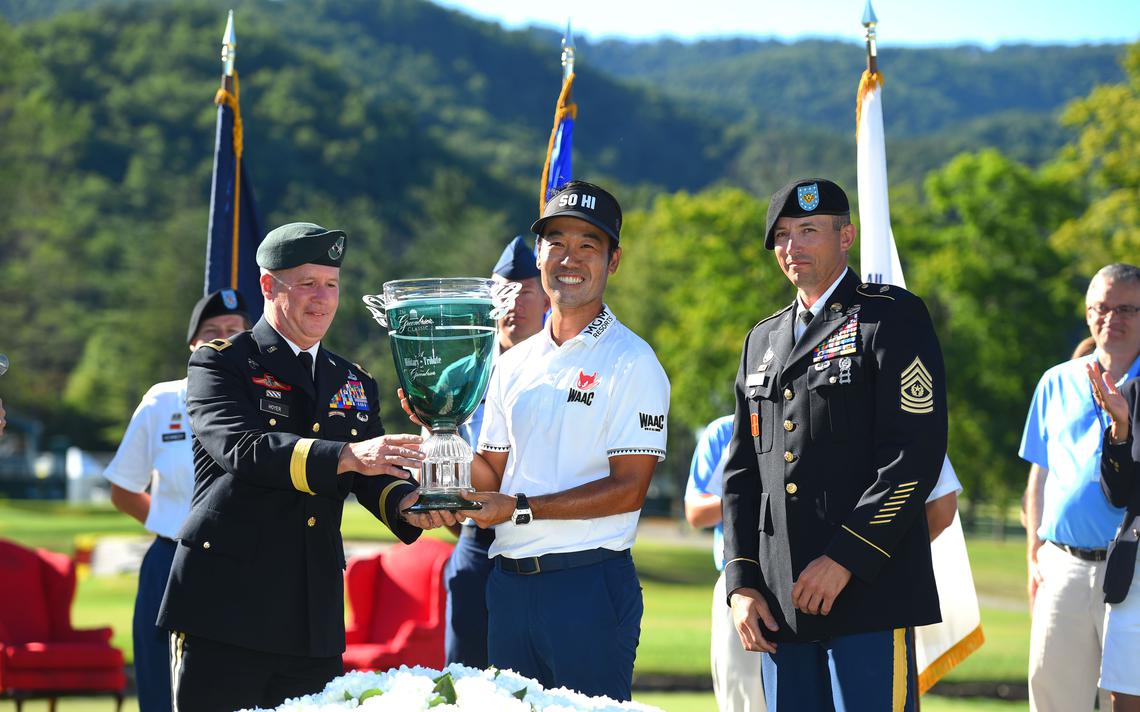 2020 PGA: Military Tribute at the Greenbrier

2020 PGA: Military Tribute at the Greenbrier

It’s hard to believe, but after just a few weeks break, the 2020 PGA Tour season gets underway on Thursday morning! We head to West Virginia this week for the annual Military Tribute at the Greenbrier.

Formerly known as simply the Greenbrier Classic, the tournament was first held in 2010 and has been hosted by the Old White TPC at the Greenbirer since its inception. While the field isn’t stacked full of talent, there are a few big names that will keep golf fans interested throughout the weekend.

Bryson DeChambaeu has made a habit of getting off to hot starts over the last few PGA Tour seasons. Being the golf scientist that he is, we are sure that he sees real value in playing these early tournaments which have really light fields yet are still worth the same amount of FedEx Cup points as every other standard PGA Tour event.

DeChambaeu is the only player ranked inside the top 20 to be competing this season, although some other big names in the golfing world will play a part. Bubba Watson and Marc Leishman both had seasons to forget in 2019 and will be looking to return to form in 2020 while young guns Viktor Hovland and Joaquin Niemann will be hunting their first Tour wins. 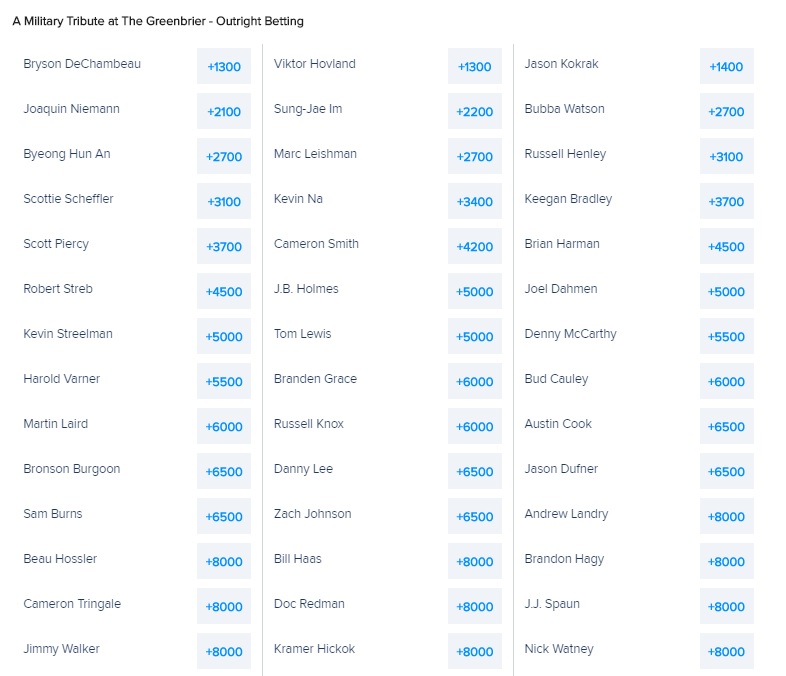 The Old White TPC at the Greenbrier will host the tournament once again this year, and while it is a TPC sanctioned course, it should offer golfers a pretty easy start to the season. Generally, a score in the high teens under par wins at Greenbrier, with Australian Stuart Appleby holding the four round course record of -22 when he won the inaugural tournament back in 2010.

Players shouldn’t have much of an issue from tee to green this weekend, but the real test will come on the greens. The best putter of the weekend generally wins at the Old White TPC, as displayed by Kevin Na back in 2018, who finished first in putts per round and first for one putts.

We’ll be targeting strong putters this weekend, but we also acknowledge that there is quite a large skill gap between some of the top contenders and the rest of the field.

Love the look of Bryson DeChambaeu here. Most people will be looking at Bryson thinking he is playing in this tournament as a cruisy way to start the season, but looking at his previous few seasons in the PGA Tour, we think he is hunting wins while the field is still void of any real threats.

The Scientist finished 32nd in shots gained on the green last season and while he isn’t lights out with the short stick, he is light years ahead of the field from tee to green. We think he has the ability to put it together at Greenbrier, especially given his strong finish to the 2019 season, which saw him finish T12 at the Tour Championship.