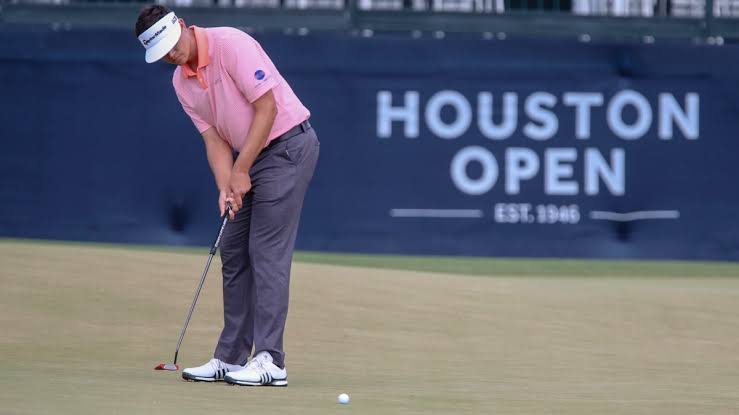 PGA Tour betting picks return this weekend as we head to Texas for the annual Houston Open! The Golf Club of Houston will host the event for the 13th and final time this year and players will duke it out for the $7,500,000 purse starting Thursday.

We have a full preview for the event and betting picks below!

Kevin Na was on fire with the putter at the Shriners Hospitals for Children Open on the weekend, picking up his second win of the calendar year and his first of the PGA Tour season. He beat out Patrick Cantlay in a playoff to win the title and will enjoy a week off before likely suiting up for the CJ Cup next week.

In fact, the Houston Open won’t boast nearly as strong of a field as it has in previous years. The tournament used to regularly serve as a warm up for the Masters, however, it has been moved to earlier in the season this year. Due to it being the final event before some big money events in the CJ Cup and Zozo Championship, the tournament hasn’t attracted a super strong field, which will make it a great opportunity for some lesser known players and rookies to pick up Fed Ex Cup points.

A couple of past major winners will headline the field in the likes of Henrik Stenson, Jimmy Walker and Keegan Bradley. Apart from those names, the field is completed mostly with young players who will be keen to work their way up the Fed Ex Cup standings.

Current leader, Sebasitan Munoz, will make his fourth start in the young PGA Tour season after a win at the Sanderson Farms Championship a few weeks ago. 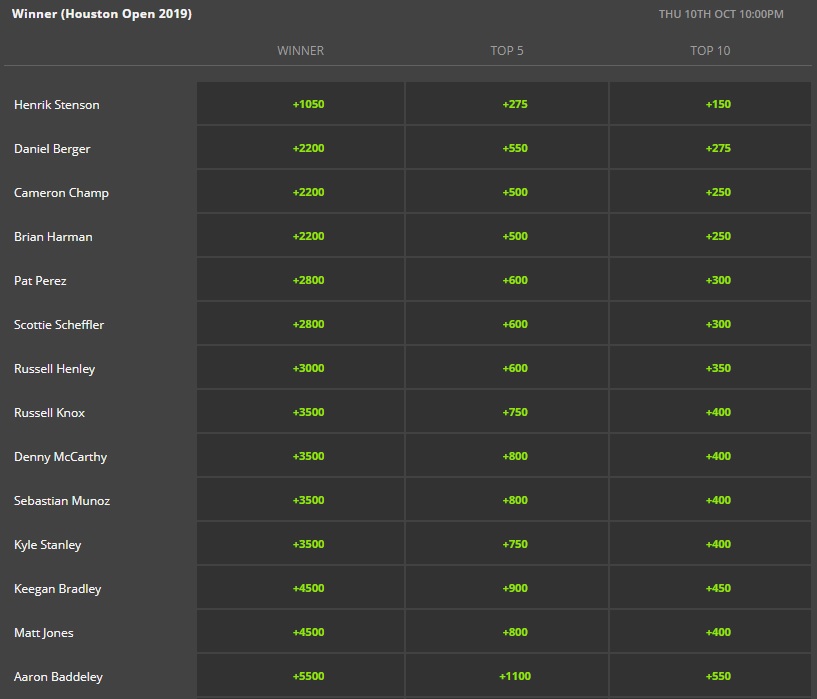 Designed by Jim Hardy and Peter Jacobson in 2003, the Golf Club of Houston will host the Houston Open for the 13th and final time this season before the tournament heads to Memorial Park Golf Course next year. The course has regularly been one of the longest on tour at just over 7,441 yards as a Par 72 and should be a tough challenge for a variety of players this week.

While the fairways aren’t extremely difficult to find, the green complexes offer tough collection areas and a large portion of holes demand long approaches. We will be targeting players who are strong on approach this week, particularly those who are strong from 200+ yards.

Tough to look past the Swedish star Henrik Stenson this weekend, particularly as we are targeting strong players on approach from 200+ yards. Ian Poulter was king on approach in his win at Houston last season and Stenson has been one of the best approach players on tour for the last few seasons.

In fact, Stenson ranked first overall in shots gained on approach in both the 2018 and 2019 PGA Tour seasons and is lights out from 200+ yards, ranking in the top 15 in that category in both seasons. In seven appearances at the Houston Open, Stenson has four top 10 finishes including two seconds and has missed the cut on just one occasion.