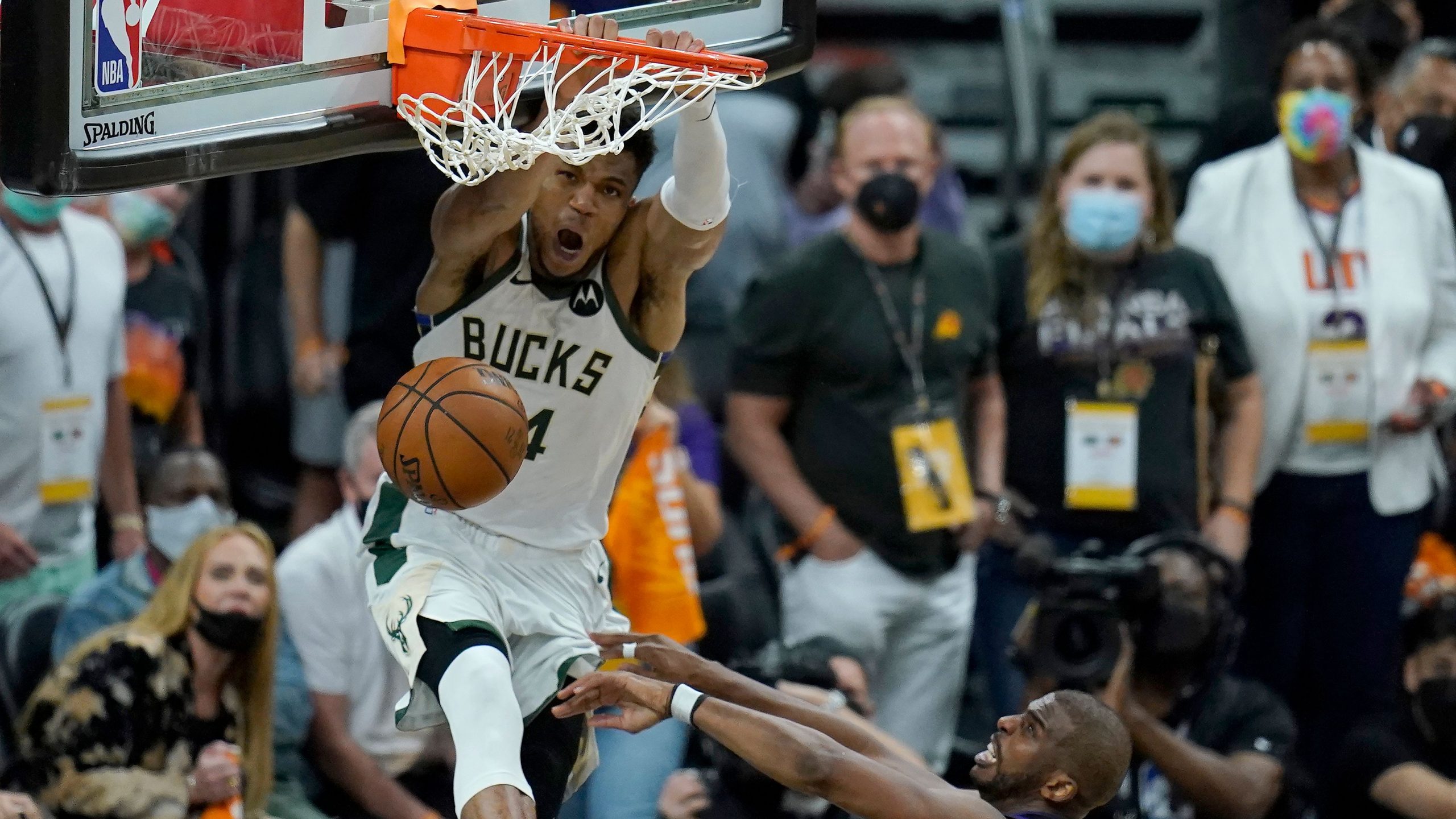 The 2021 NBA Finals continue on Tuesday night with a pivotal Game 6 between the Suns and the Bucks in Milwaukee. The Bucks currently lead the series 3-2, meaning a win on Tuesday will see them lift the Larry O’Brien trophy! We bring you our best spread and player prop bets for Game 6 right here!

Down by 16 points in the first quarter and looking a little vulnerable away from home, the Milwaukee Bucks showed their championship DNA with a tremendous comeback win in Game 5 to take the series lead at 3-2. The Bucks are now just one win away from securing their second ever NBA Championship and will have a chance to close it out on their home deck on Tuesday night against the Phoenix Suns in Game 6.

The Suns couldn’t have played much better on the offensive end in Game 3 when putting up 119 points and shooting a lights out 13/19 (68.4%) from deep range. The trio of Devin Booker (40 points), Chris Paul (21 points, 11 assists) and DeAndre Ayton (20 points, 10 rebounds) all had great offensive nights, which is a tough worrying considering they still lost the ball game.

The Bucks were slow starters in Game 5 but quickly weathered the storm at the start of the second quarter and were untouchable from that point onwards. They needed a big performance from the trio of their stars and boy did they get it with Giannis Antetokounmpo (32 points, nine rebounds, six assists), Jrue Holiday (27 points, 13 assists) and Khris Middleton (29 points) all have fantastic outings.

Looking ahead to Game 6 in Milwaukee and it will be the Bucks who start as the hot favorites to win and clinch the Championship. They have excelled in front of their home fans in the playoffs with wins in nine of their 10 games at the Fiserv Forum, including two wins from two appearances against the Suns in the Finals. Clearly, the Suns will be fighting for their lives on Tuesday and will be playing with desperation, but the length and potency of the Bucks team is extremely hard to matchup against and we expect them to win the game and cover the spread as a result.