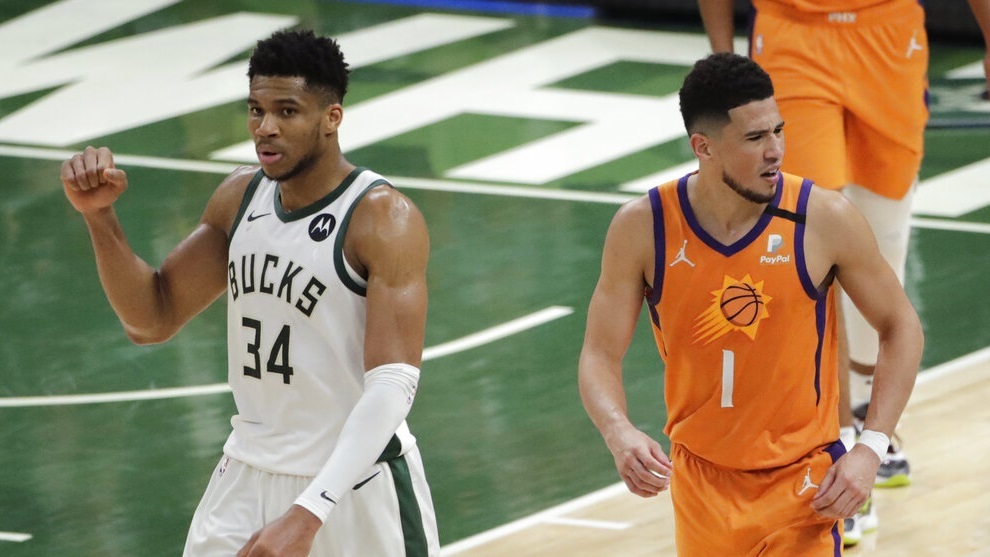 The 2021 NBA Finals continue on Saturday night in Phoenix with the Suns hosting the Bucks in Game 5. Here, we bring you our best spread pick and player prop bets for this crucial game. Good luck to everyone following!

Game 5 of the 2021 NBA Finals heads back to Phoenix where the Phoenix Suns will play host once again to the Milwaukee Bucks. The series is currently tied at 2-2 after the Suns won the opening two games on their home deck before the Bucks responded with a pair of wins of their own in Milwaukee.

The most recent clash, Game 4 on Wednesday night, was certainly the most intense game of the series so far as it was the only one decided by a single figure margin. The Suns led for large portions of the night, but with the crowd behind them and giving them energy, the Bucks were able to grind out a win to secure a crucial victory.

For the Suns it was the Devin Booker show on Wednesday night, with the 2x All-Star delivering his best performance of the post-season with 42 points on an extremely efficient 61% shooting night, although he had very little help from his superstar backcourt teammate in Chris Paul who managed to chip in with just 10 points along with five turnovers.

The Bucks were also led by a 2x All-Star in Game 4 in the form of Khris Middleton. The former second round pick was far more aggressive than he’d been in previous games in the series, hoisting up 33 shots on his way to 40 points. Giannis Antetokounmpo was special once again as well, putting up a stat line of 26/14/8.

Looking forward to Game 5 on Saturday night and it will be the Suns starting as the narrow 3.5-point favorites on their home deck. That certainly makes sense considering the home side has won all four games so far this series, covering the spread on each occasion. In our opinion, as long as Chris Paul can play like his usual stuff and he gets sufficient support, the trend of the home team getting the job done will continue.