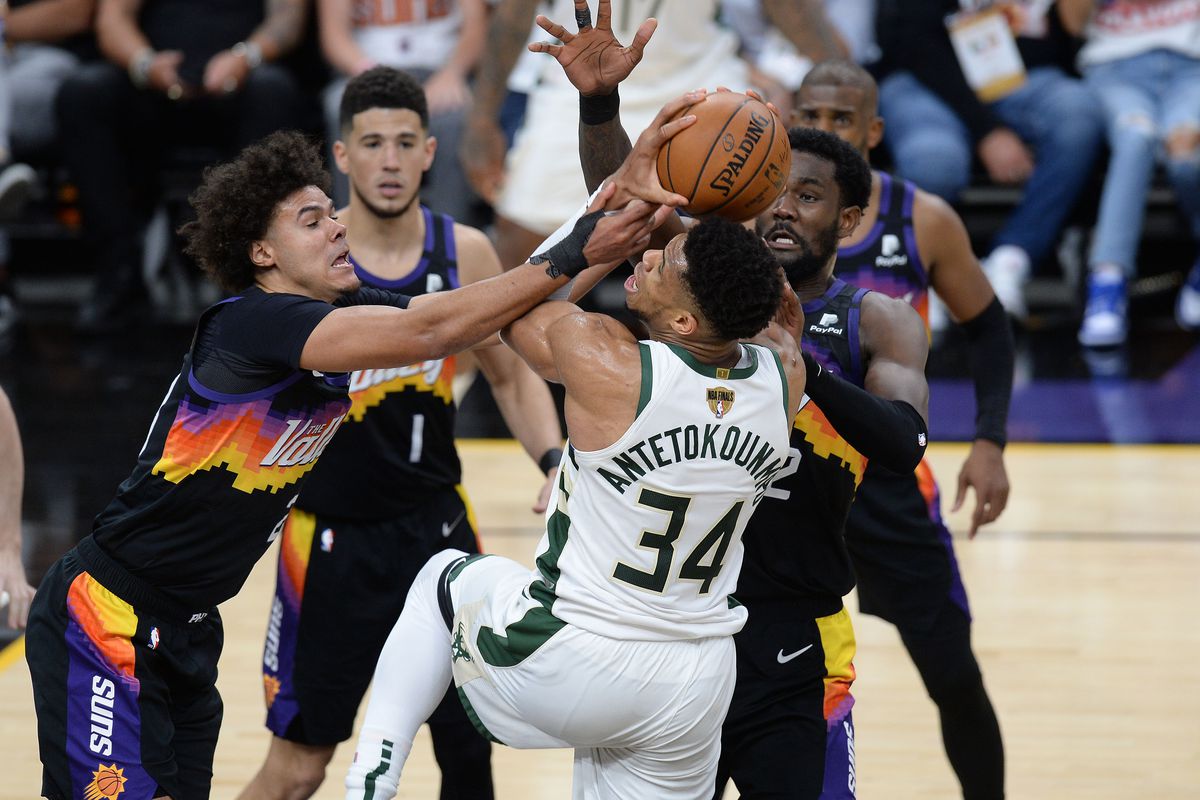 The NBA Finals continue on Sunday night with Game 3 between the Suns and the Bucks. Catch our best spread and player prop bets for the game right here and good luck to everyone following!

Game 2 of this intriguing finals series followed a very similar path to that of Game 1, with the Suns pulling away in the second quarter and controlling the game from that point onwards. The Suns, who are in the finals for the first time since the turn of the century, now lead the series 2-0 and are two wins away from winning the first ever championship in their history.

The Suns got fantastic contributions from both their All-Stars in Devin Booker and Chris Paul once again in Game 2 with 31 and 23 points respectively, while DeAndre Ayton had his quietest game for sometime, but still managed to finish with a double-double (10 points, 11 rebounds). Further, Mikal Bridges had the best playoff game of his young career with 27 points and was scoring from a variety of ways over the course of the 48 minutes.

The Bucks were led by superstar Giannis Antetokounmpo in Game 2, with the Greek Freak leading all comers in terms of scoring with 42 huge points. It was a really strong performance from the 2x MVP and will give him confidence in his body, particularly his sore knee, going forward. On a sour note, both Khris Middleton and Jrue Holiday couldn’t throw the ball into the ocean in Game 2, with the pair combining for a dismal 12-37 field goals made.

The Bucks made a few adjustments to their defensive schemes in Game 2 and while it did help a touch, they made it really tough on themselves with how poorly they shot the ball down the other end. However, now back on their home floor where they’ve won 33 of their 44 games there this season (regular season + post-season), we expect the Bucks to put in a much better showing in front of a raucous crowd. All things considered, we have to side with the Bucks to win this do or die Game 3 to avoid going down 3-0 in the series.