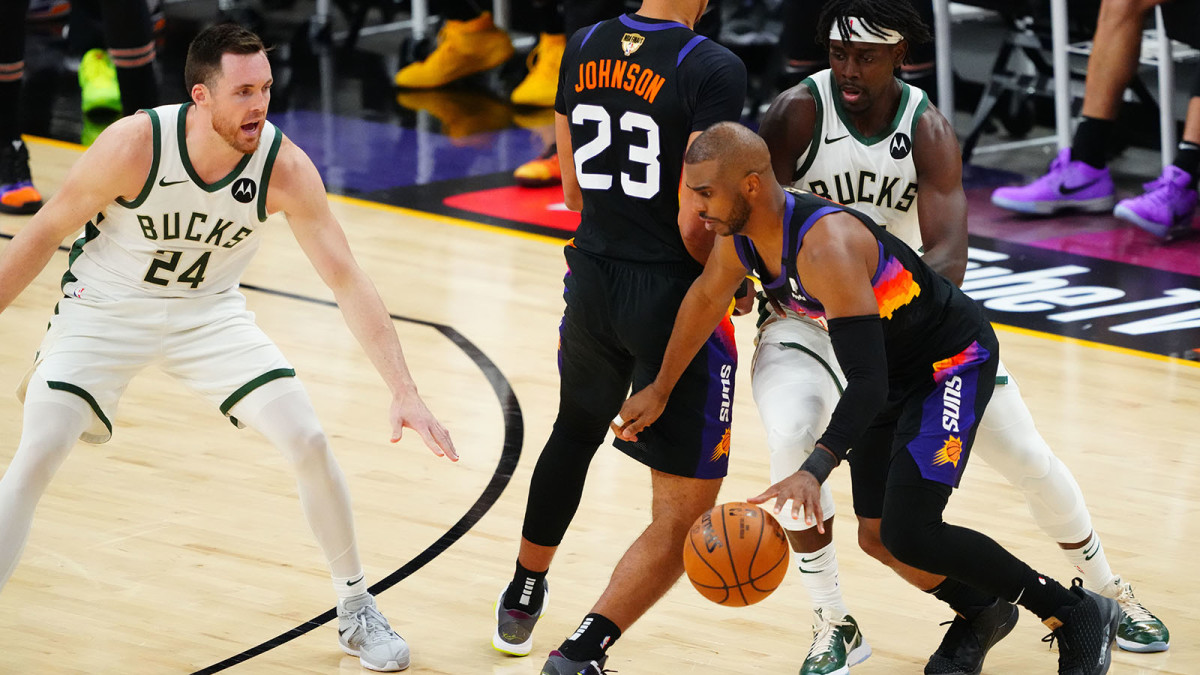 The 2021 NBA Finals continue this Thursday night with the Bucks taking on the Suns in Phoenix for Game 2. We hit both our best bet (Suns -6.5 -110) and prop bet (Paul 25+ points +220) in Game 1 and are confident with the selections we’ve provided you for Game 2, which you can find below!

Game 1 went exactly to plan if you’re a Suns fan, with the home side controlling the tempo of the game from start to finish to record a wire-to-wire victory over the Bucks in Phoenix. The Suns got out to much as a 20-point lead in the third quarter before the Bucks made a fourth quarter push, but the damage was too great and the Suns ended up getting to the finish line fairly comfortably, winning 118-105.

The Bucks got a huge boost heading into Game 1 with their superstar in Giannis Antetokounmpo declared fit to play without any minutes restriction. The 2x MVP looked his usual dominant physical self in the first half, but slowed a bit in the second as did most of his teammates. Khris Middleton carried the majority of the scoring with 29 points without having a single free-throw attempt.

The Suns were able to get huge contributions from all three of their key players in Chris Paul, Devin Booker and DeAndre Ayton. The trio combined for 81 of the Suns 118 points in Game 1, which proved to be the difference in the end. Jae Crowder struggled mightily with his jump shot (0/8 FG, 0/5 3FG), so there’s still some room for improvement for the Suns on offense.

The Suns will be looking to take care of home court advantage with another win on Thursday night, but it certainly won’t be easy as the Bucks will be looking to make some big adjustments to their defensive schemes after getting carved up in the pick-and-roll in Game 1. As a result of the inevitable changes, we expect a lower-scoring game that will fall under the current total points line of 219.5, which looks 5-10 points too high in our opinion.