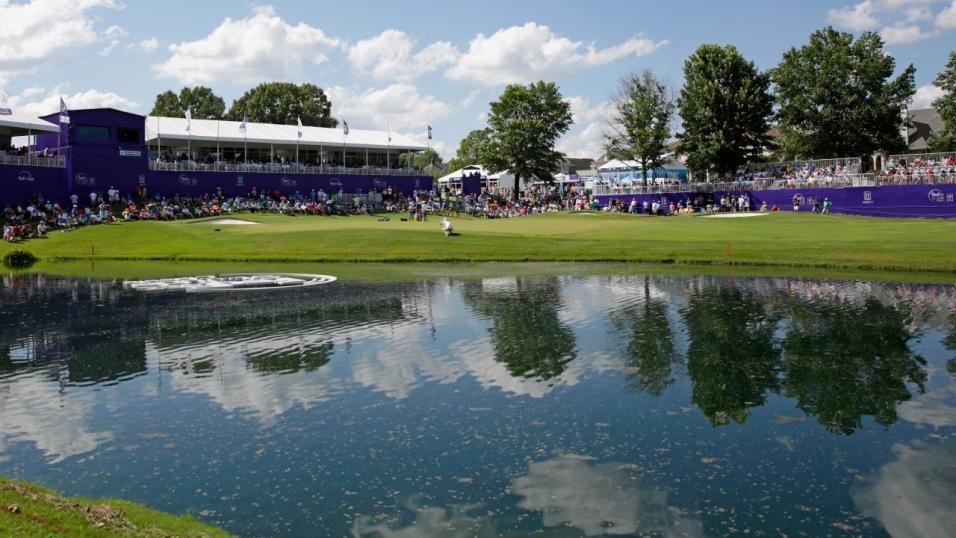 Shane Lowry saluted at Royal Portrush on the weekend to claim The Open Championship crown, his first major title! Even better, Total Sports Picks tipped the Irishman at fantastic odds of +4500 for a big win. There’s no rest for PGA Tour players this week as we head straight to Tennessee for the WGC sanctioned St. Jude Invitational!

We have a full preview and betting tips for the tournament, getting underway on Thursday, below.

The fourth and final WGC sanctioned event of the season, the WGC St. Jude Invitational will have a reduced field and another 550 Fed Ex Cup points up for grabs, which will be crucial for some players looking to lock up their spot in the top 125.

As always for a WGC sanctioned event, we have a pretty star studded field for the St. Jude Invitational this week. No.1 ranked player in the world Brooks Koepka will be looking to continue some hot form after finishing T4 at The Open on the weekend. Alongside Koepka will be the No.2 and 3 ranked players in the world in Dustin Johnson and Rory McIlroy. Johnson will be hunting his second WGC event win of the year.

The field currently includes 64 players from 15 different countries but there are some spots still available to players who can find their way into the top 50 in the world. There will be host of players making their WGC event debuts including recent PGA Tour winners Nate Lashley and Matthew Wolff. 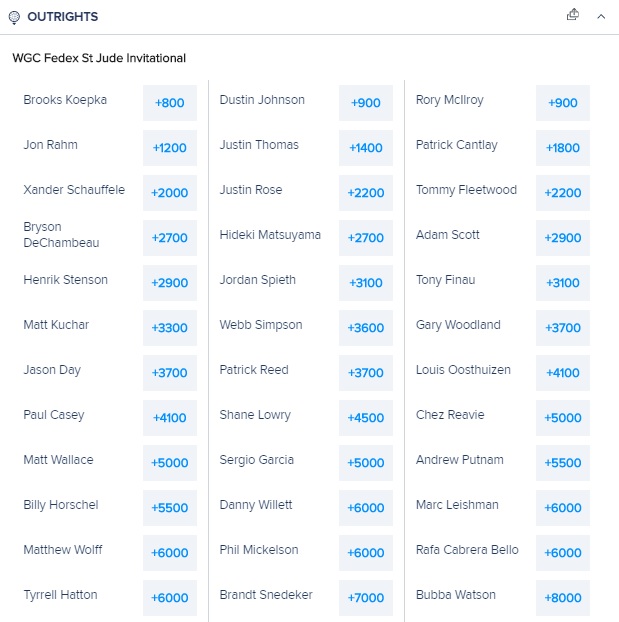 TPC Southwind, located on a former dairy form just southeast of Memphis, Tennessee, has hosted the St. Jude Classic since 1989, however, it will likely be set up to be more of a challenge this weekend as it takes on the WGC sanctioning for the first time.

The course will play as a 7,244 yard, Par 70, and features an array of natural lakes, ponds and streams throughout the course, bringing water into play on 10 of the 18 holes. The greens are smaller than the average on the PGA Tour and the course regularly ranks inside the hardest for fairway percentage and greens in regulation percentage.

The course is probably most famous for the Par-3 11th hole, which has comparisons to the famous 17th hole at TPC Sawgrass, where players will need to play a short iron onto an island green. 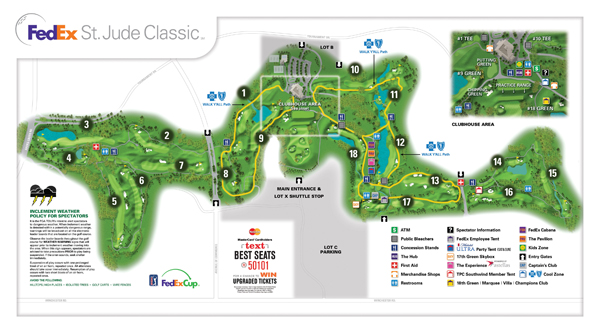 Dustin Johnson wasn’t at his very best for The Open Championship on the weekend, finishing T51 after a final round of +5, however, his record in WGC events is near unblemished. He took out the WGC-Mexico event earlier in the year, his sixth victory in WGC events, second only to Tiger Woods, who has 18 total wins.

DJ ranks highly in shots gained both off the tee and on approach and ranks 36th overall in greens in regulation percentage. While he isn’t the official defending champion as this event has taken over from the WGC Bridgestone, DJ did take out the actual St. Jude Classic last year, which was played at TPS Couthwind. It’s been nearly five months since DJ’s last win, which is an eternity by his standards. We think the World No.2 is due here.