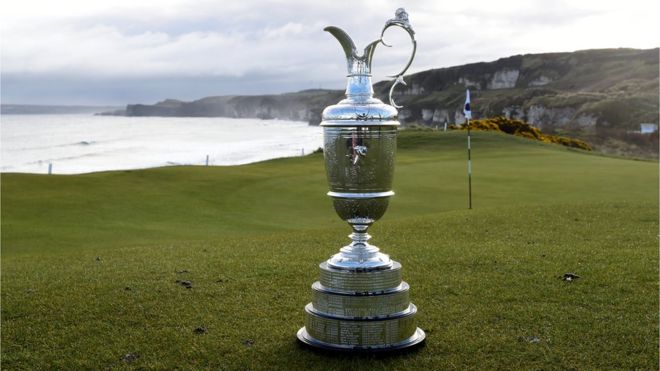 The fourth and final major of the 2019 season will be played this weekend from Royal Portrush Golf Course in Northern Ireland! The 2019 Open Championship promises to be a thrilling contest with the best golfing talent the world has to offer on display.

We preview the weekend’s action and give our betting picks below!

All three major winners from 2019 so far will be in attendance for The Open Championship. PGA Champion Brooks Koepka will be looking to win multiple majors for the second year in a row while Masters Champion Tiger Woods will be aiming to achieve the feat once again after last doing so in 2006. The 2019 U.S. Open at Pebble Beach was Gary Woodland’s first major but will fancy himself in windy conditions this week.

Along with the three major winners of 2019, the reigning Open Champion, Francesco Molinari, will be in attendance and looking to become the first back to back winner at the British Open since Irishman Padraig Harrington achieved the feat back in 2007/2008.

The list of European winners of The Open Championship is extensive, and a host of them will be in action this weekend including Molinari, Harrington, Rory McIlroy, Henrik Stenson and Darren Clarke. 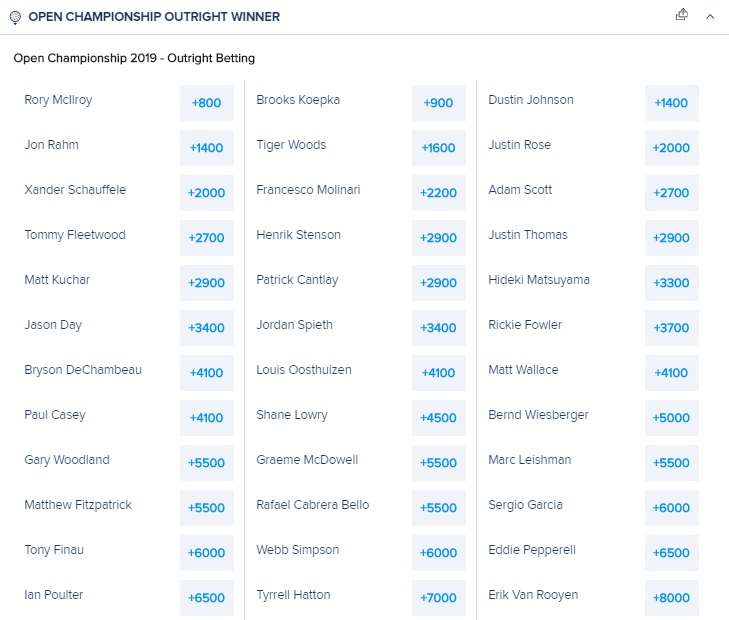 The Dunluce Links at Royal Portrush Golf Club in Portrush, Northern Ireland is the only course outside of England and Scotland to have ever hosted the British Open. It did so all the way back in 1951, when Englishman Max Faulkner won the trophy by four strokes ahead of a host of four players who tied for second. The club will get its second bite at the cherry this year, albeit with a much revamped course due to the length and ability of the modern day player.

The course will play as a 7,317 yard, Par 72 this week with some major moderations to the standard layout. The 17th and 18th holes of the current Dunluce Links will replaced by two new holes on the land that is currently a part of the ‘Valley Links’, one of the club’s other courses. This change will lengthen the course by almost 200 yards while the total number of bunkers will also increase to 62.

The number of bunkers on the course combined with what is set to be some windy conditions mean that greens will be particularly tricky to find this weekend. We are looking for players who are strong in scrambling stats as well as strong putters.

Hard to go past the Northern Irishman native playing on one of his favourite courses this week. Rory McIlroy has been on an absolute tear in the PGA Tour in season 2019 and will be playing in front of a raucous home crowd when he tees it up at Royal Portrush. He was a strong performer at the U.S. Open last month, finishing T9 just one week after winning the RBC Canadian Open, his second win in the 2019 season.

The Northern Irishman has played in 14 PGA Tour events in 2019 and has missed the cut just once. He has made the top 10 in 11 of those tournaments, including a T8 at the PGA Championship, T9 at the U.S. Open and a win at The Players Championship.

If that isn’t enough, McIlroy also holds the course record at Royal Portrush Dunluce Links, a score of 61 he shot when he was just 16 years old. Stars seem to be aligning for the hometown hero here.