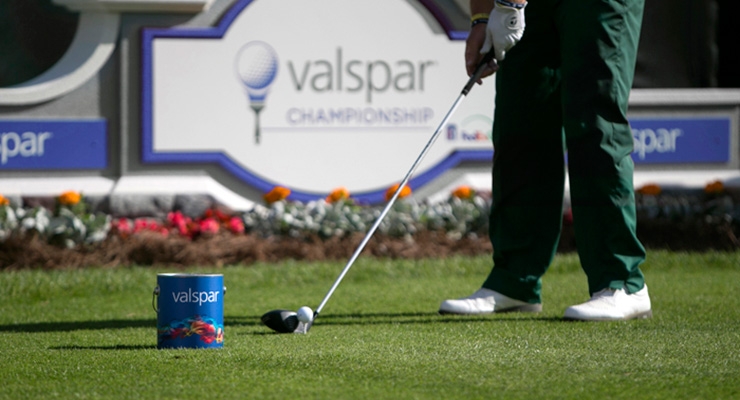 What a great weekend in PGA Tour golf! We hit on our second winner of the season at The Players Championship in Florida on the weekend as Rory McIlroy claimed a one shot win over Jim Furyk.

McIlroy saluted at odds of +1200 and we’ll be looking for more winners this weekend as the tour heads to the Copperhead Course at the Innisbrook Resort & Golf Club for the annual Valspar Championship.

Considering we are just a few days since the completion of The Players Championship, there is still a pretty stacked field for this weekend’s Valspar Championship. We assume most of the top golfers in the world will take their break next weekend, which sees the fairly meagre $3,000,000 Corales Puntacana Resort & Club Championship on in the Dominican Republic.

The Valspar offers a tidy $6,000,000 prize pool and has attracted some big names, headlined by the No.1 golfer in the world, Dustin Johnson. Along with Johnson will be former winners of the championship, John Senden (2014), Jordan Spieth (2015), Charl Schwartzel (2016), Adam Hadwin (2017) and Paul Casey, who won the tournament last year by one stroke over Tiger Woods and Patrick Reed.

Other top ranked players who will be lining up this weekend include Jon Rahm and Tommy Fleetwood, who will both be disappointed after giving up leads in The Players Championship on the weekend. Jason Day was also right in the mix on the weekend and will line up at the Valspar on the weekend in search of his first title this season. 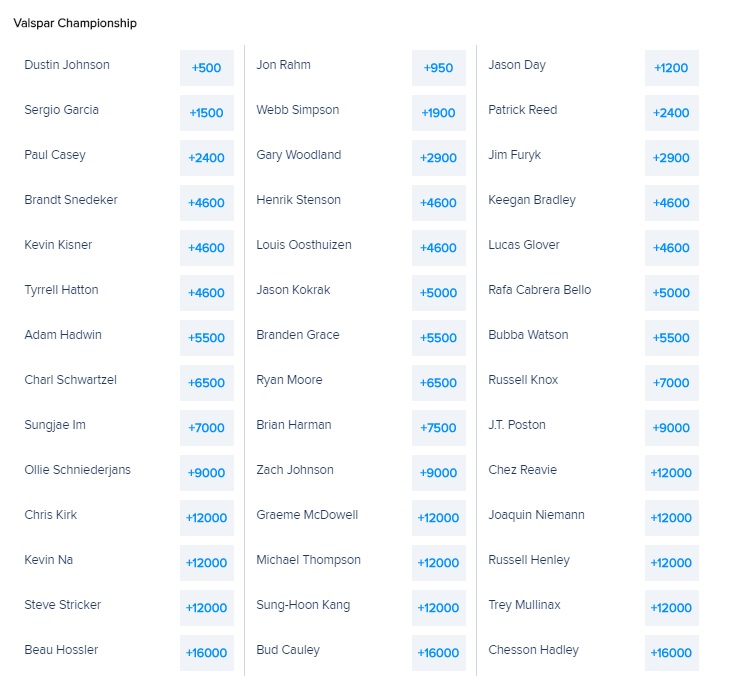 The Copperhead Course at Innesbrook in Palm Harbor, Florida plays as a fairly long, 7,340 yard, Par 71. It features four Par 5’s and five Par 3’s. Designed by Larry Packard in the 70s, the course offers a fairly different layout and visual aspect to what you would usually find in a Florida Gofl Course. The fairways are heavily tree lined and there is plenty of water, especially around the three hole stretch that the course is known for, aptly named ‘The Snake Pit’.

Year in year out, players who are strong off the tee in both distance and accuracy and players who are strong from tee to green in general are dominant forces at the Copperhead Course. The greens are large so as long as players can find the fairway consistently, making par shouldn’t be a problem on the majority of holes. Being in the ideal position for approach shots will separate the low scorers.

The T5 at the Players Championship on the weekend was DJ’s third consecutive top ten finish including a fantastic win at the WGC-Mexico in February. He has now racked up four top 10s from six tournaments this season and should be a lock to be in the mix late on Sunday this weekend.

We love the value of Keegan Bradley this weekend. The American has been playing some great golf of late, finishing T10 in the WGC-Mexico last month and backing it up with a great T16 finish at The Players on the weekend. Seems to have figured some things out with the short stick which has been his major issue over the last year and is a good price at +4600 this week.