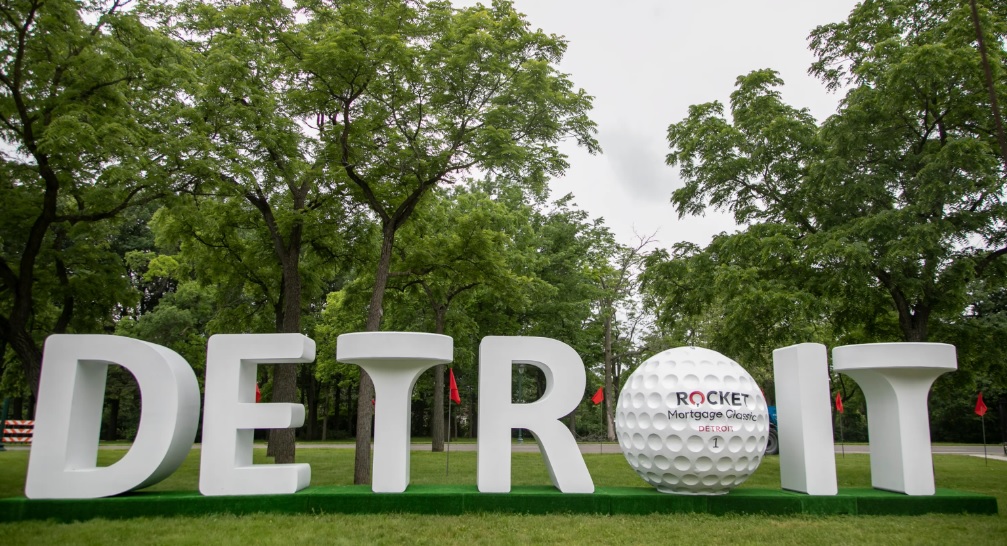 The 2019 PGA Tour continues this weekend as we head to Detroit for the first ever Rocket Mortgage Classic! The Detroit Golf Club will play host to the event from Thursday and it will feature a fairly top heavy field.

We preview all of the action and give our betting picks below.

The inaugural Rocket Mortgage Classic came about this year after is replaced the Quicken Loans National, which was a staple in the PGA Tour for the last five years. The event was moved to the Detroit Golf Club, which will see it’s first PGA Tour event.

The Detroit Golf Club consists of both a North and South Course. The North Course will act as the host for the 2019 Rocket Mortgage Classic. The course usually plays at just over 7,000 yards, however, it will be lengthened to just over 7,300 yards for the event, playing as a Par 72.

The fairways are narrow and lined with trees, so finding them will be the first challenge for golfers this weekend. As it is the first time many players will be playing the course, we think the PGA will be fairly forgiving with the length and depth of the rough, so as long as players don’t find the trees, reaching the green in regulation shouldn’t be too difficult.

Putting on unfamiliar territory will also be a massive challenge. Look for strong putters who can read greens well to reign supreme this weekend as time on the practice green can only prepare you so much.

Probably one of the weaker fields we have seen at a PGA Tour event this season, however, some of the top players in the world will be using this tournament to fulfil PGA Tour requirements to play in a new event.

The No.2 ranked player in the world, Dustin Johnson, will be looking to pick up his 2nd PGA Tour win of the year as he headlines the event. Johnson will be joined in the field by top ranked players Hideki Matsuyama, Rickie Fowler, Bubba Watson, Patrick Reed and U.S. Open Champion Gary Woodland.

After that, the field gets quite thin. Make sure to keep an eye on amateur duo Viktor Hovland and Matthew Wolff. The Oklahoma State teammates have burst onto the professional scene over the last month and look destined to pick up a win soon. 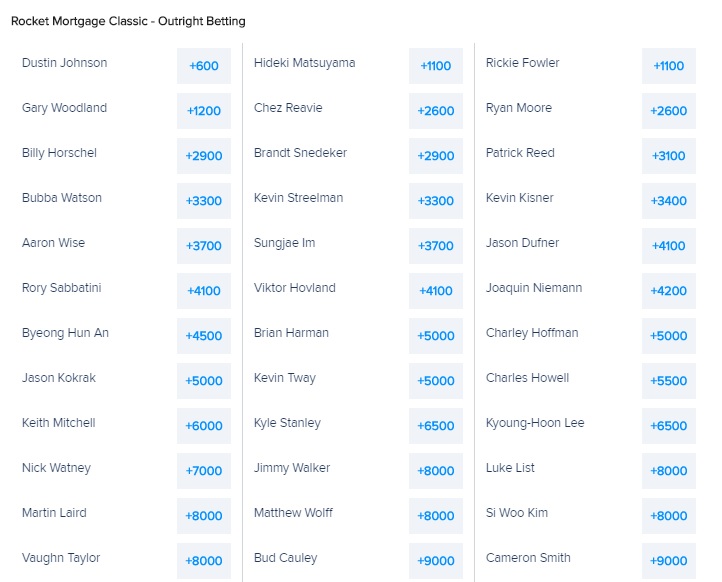 Love the look of Rickie Fowler this week. There’s no denying that Fowler is one of the best putters in the world at the moment. He currently ranks 17th on tour in shots gained on the putting surface and some of his downfalls should be neutralised by this course. He ranks just 65th on tour in greens in regulation percentage but we don’t think that will be an issue this weekend with the rough cut fairly low.

Fowler had a tough time of it at the U.S. Open at Pebble Beach a few weeks ago, finishing T43 but that came on the back of a string of strong results dating back to the Valero Texas Open where he finished T17. Since then he has racked up a T9 at The Masters, T4 at Wells Fargo and a T14 at the Memorial.