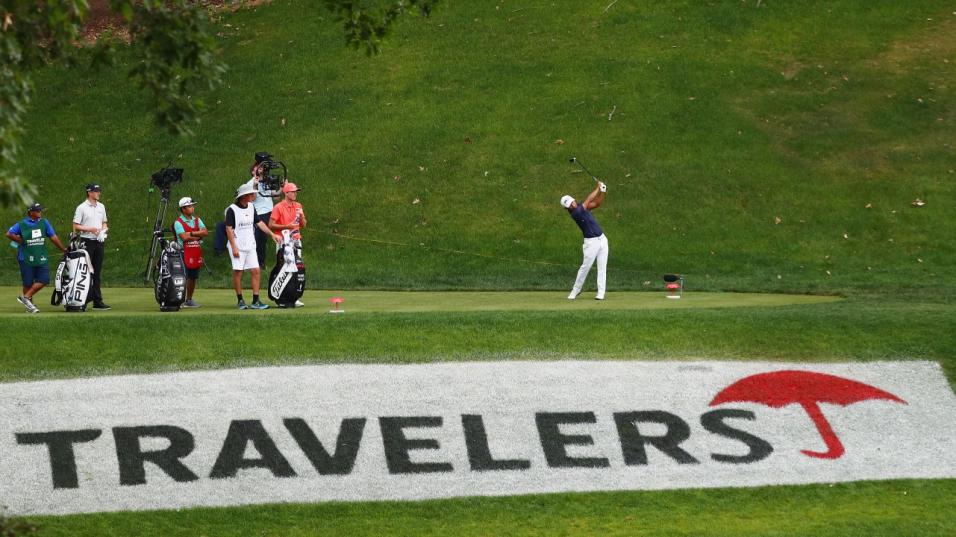 What a fantastic weekend it was at Pebble Beach for the U.S. Open! Gary Woodland claimed his first ever major title, winning by three strokes over Brooks Koepka.

The 2019 PGA Tour continues this weekend as we head to Connecticut for the annual Travelers Championship! Bubba Watson is the three time and defending champion at TPC at River Highlands and will be looking to add a fourth title this weekend!

Check out our full betting preview for the tournament below.

Considering we are just a few days removed from a tough weekend at Pebble Beach, the field for the Travelers Championship is pretty stacked. Brooks Koepka, the No.1 ranked golfer in the world hasn’t concerned himself with too many standard PGA Tour events over the major season, but he will make the start in Connecticut, looking to pick up his third title of the season.

The rest of the strong field will be headlined by some of the top ranked golfers in the world in the likes of Patrick Cantlay, Francesco Molinari, Jason Day, Justin Thomas, Paul Casey, Bryson DeChambeau, Tommy Fleetwood, Tony Finay and Louis Oosthuizen. 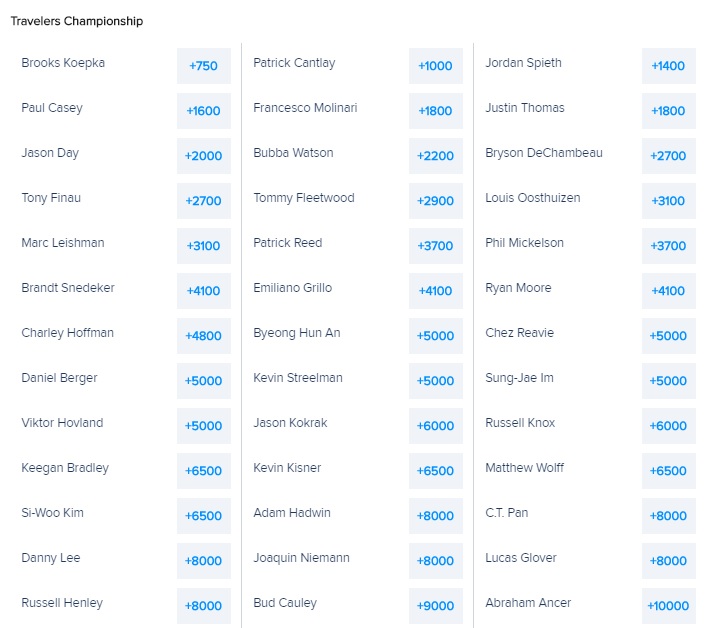 TPC at River Highlands is will be a nice reprise for golfers this weekend after a tough run at Pebble Beach. The course plays as a fairly easy Par 70 at just over 6,800 yards and regularly has some of the easiest fairways and greens to hit on tour every year.

Scores in the mid to high teens under par generally takes out the win at the Travelers so attacking the fairways and pins and pure scoring will be paramount this week.

The course is most famous for the three-hole stretch named the ‘Golden Triangle’. While it’s by no means the hardest stretch on tour, it is a very enjoyable viewing experience that begins with the driveable Par 4 15th hole and continues with the aesthetically pleasing 16th and 17th, both of which have plenty of water in play.

When a guy has won a tournament on three separate occasions its hard to overlook him. Bubba Watson is the defending champion and knows TPC at River Highlands like the back of his hands. His ability to shape the ball in any direction off the tee allows him to consistently have short iron and wedges into the Par 4’s and while his putting is sometimes streaky, the greens at TPC are pretty forgiving.

Bubba will be able to hunt the flag all weekend with his excellent shot shaping and will be keen to bounce back from a missed cut at the U.S. Open on the weekend. He has only missed the cut in 11 trips to the Travelers Championship and he has a further three top ten finishes to go with his three wins.