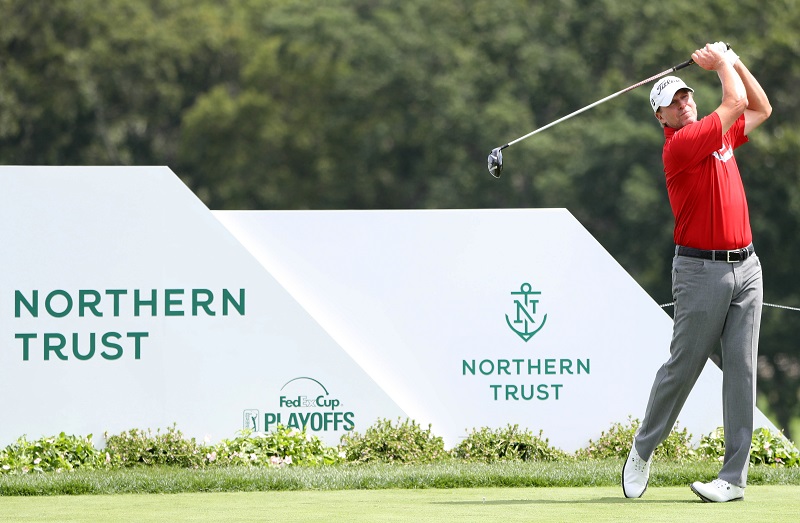 The major season is done and dusted in the 2019 PGA Tour and now the best players in the world will battle it out in the three week FedEx Cup playoffs for a monster first place prize of $10,000,000!

The playoffs kick off this week with the Northern Trust and climax with the Tour Championship in a few weeks! We kick off our playoffs preview as we take a look at the event from Liberty National Golf Course this week.

The 2019 Fed Ex Cup will have a new format this year as the event continues to involve. It will feature just three events instead of the traditional four, kicking off with the Northern Trust this week before the BMW Championship and Tour Championship in following weeks.

The 125 player starting field for the Northern Trust will get cut down to just 70 players after the first event and again to just 30 players after the BMW Championship. The remaining 30 players wil be given a handicap for the Tour Championship, with the top ranked player starting the tournament at 10 under par and the rest of the field staggered down to No.30 who will start at even par.

The winner of the Tour Championship will win the Fed Ex Cup and the monster $10,000,000 prize that comes with it.

The Liberty National Golf Course in New Jersey was built in 2006 and reportedly cost around $230 million to create, making it one of the most expensive golf courses in the world. It has hosted some key events over the past decade, including two previous Fed Ex Cup playoffs events (The Barclays) and the 2017 Presidents Cup, which was won by the United States.

The course plays as a 7,370 yard, Par 71 and has a strong links feel with it located right on the bank of the Upper New York Bay. There are generally some strong winds in play off the Atlantic Ocean and as all links courses, good course management will be paramount this weekend. We’ll be targeting strong players in strokes gained off the tee and on approach. 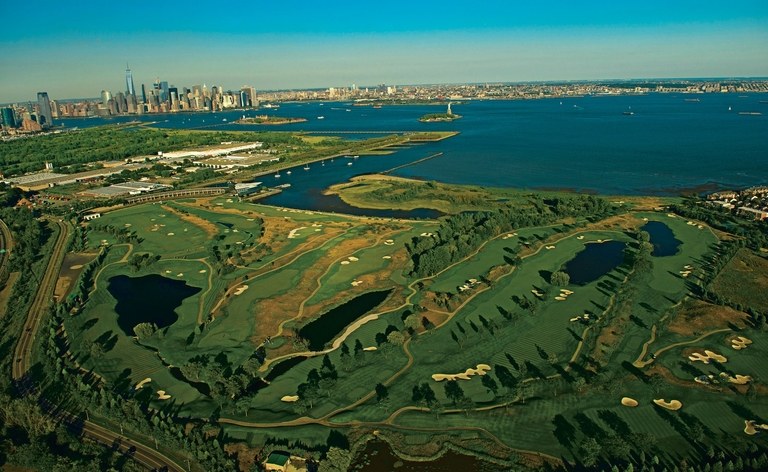 The field for the Northern Trust is a simple one. Players have accumulated points through performances in various events throughout the PGA Tour season so far and the top 125 players in the Fed Ex Cup points rankings will make the start in the Northern Trust.

Brooks Koepka is the only player to have picked up three wins this season and in turn sits atop the leader board. There are three other players who have two wins this season, Rory McIlroy, Matt Kuchar and Xander Shauffele, who all earned themselves places in the top four. 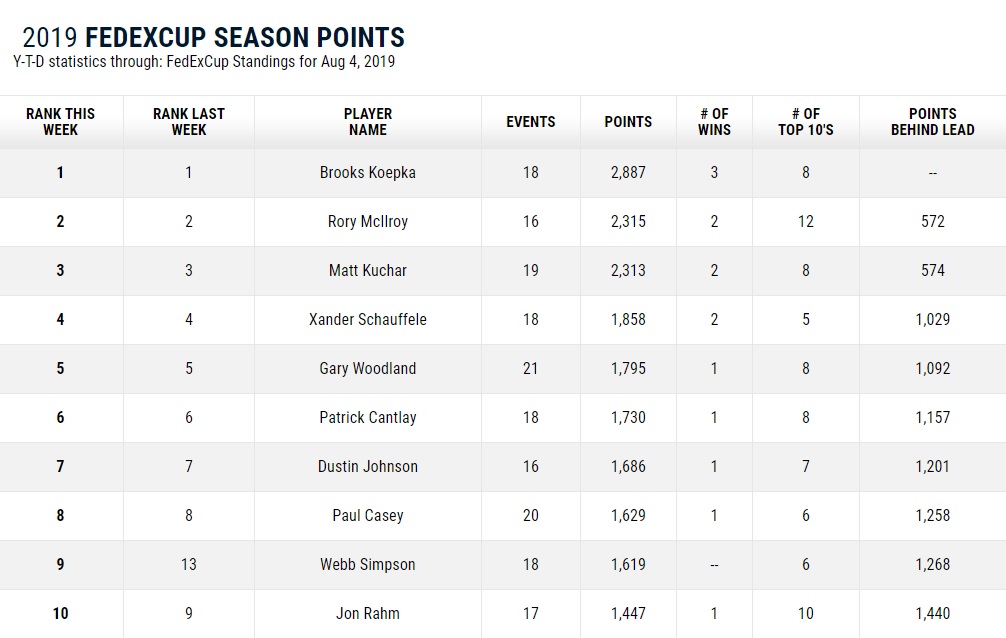 How can you look much further than Brooks Koepka here. While he has looked a little disinterested in some of the lower ranking tournaments so far this season, the No.1 player in the world has been nearly unstoppable in the big events. He became just the fifth player in history to finish in the top five of all four major championships in one year and is in some great form after his win at the WGC-FedEx Invitational two weeks ago.

Koepka loves playing in New York, as displayed by his win at the PGA Championship at Bethpage Black earlier this year and will be keen to bounce back from an ordinary performance in the Fed Ex Cup playoffs last season. He is the best golfer in the world at the moment and will certainly be in the mix come Sunday.