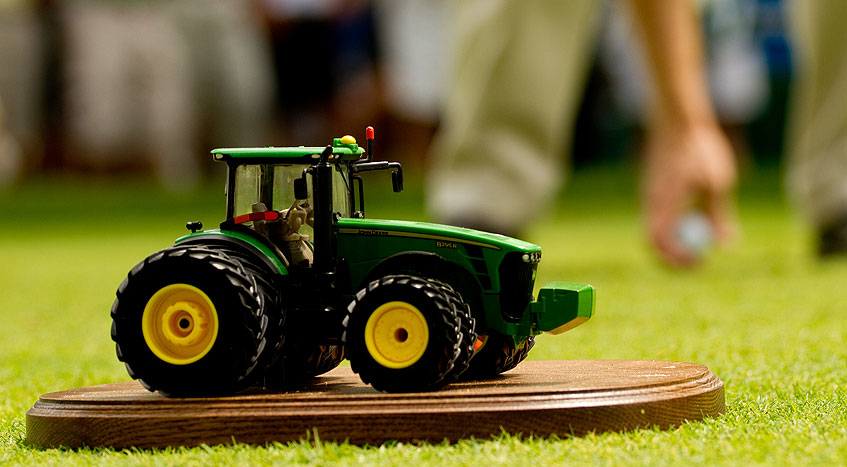 With the 2019 Open Championship just a week away, the field for the John Deere Classic has been a bit diluted. However, there is still a lot on the line for the players lining up this week, with one spot remaining in the field for the major going to the winner this weekend!

We have a full preview and betting tips for the 2019 John Deere Classic below!

With a $6,000,000 purse and a spot in The Open Championship on the line, the ‘best of the rest’ will be battling it out this week at the John Deere Classic. While most of the top golfers in the world have already made the trip to Scotland for the major, the winner of the John Deere Classic this weekend will need to be on a plane almost immediately after the conclusion of the event to make the start in Scotland!

The field for the 2019 John Deere Classic features just six of the top 30 in the current Fed Ex Cup standings and is headlined by a host of young rookies in the likes of college teammates Viktor Hovland and Matthew Wolff. Wolff is coming off a fantastic maiden win at the 3M Open in Minnesota last weekend and can move even further up the Fed Ex standings with another strong performance here.

Hovland was arguably the most impressive amateur at both the Masters and the U.S. Open and will be looking to qualify for his third major championship and his first as a pro with a maiden victory at the John Deere Classic this weekend.

Some of the other top chances this weekend include youngster Colin Morikawa, Joaquin Neimann, Sunjae Im and veteran Zach Johnson, who will be making his 18th appearance at the tournament. 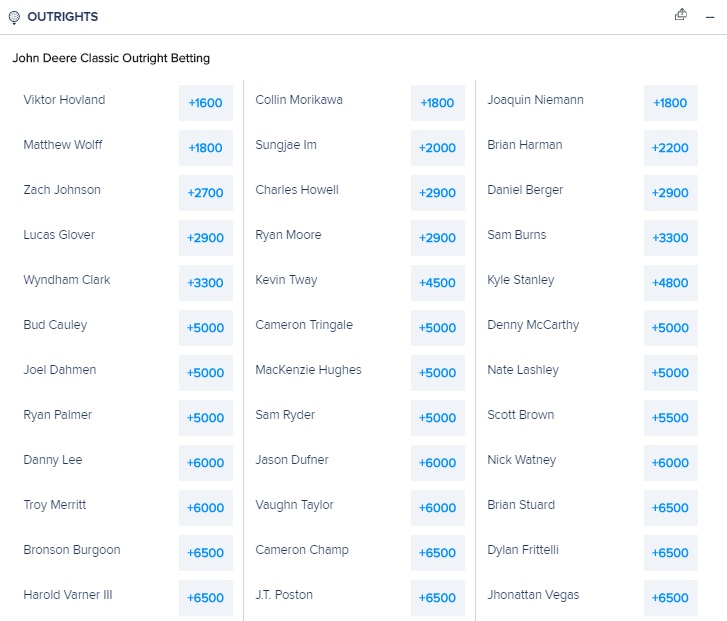 TPC Deere Run has been the official host of the John Deere Classic since the year 2000. It is a fairly forgiving course that generally sees some of the lowest scores on tour. The fairways aren’t particularly hard to hit, nor are the greens, so players who are aggressive will be rewarded this week.

Built on the site of a former Arabian horse farm overlooking the Rock River, D.A, the course plays as a 7,268 yard, Par 71. Birdies will be flowing at TPC Deere Run this week, with the general winning score coming somewhere in the 20s under par.

As the fariways and greens aren’t tough to find this week and the course is fairly short, we’ll be targeting players who are strong on approach from less than 150 yards as well as strong putters.

Absolutely love the look of 25-year-old Wyndham Clark this week. The youngster is coming off three quality starts at the Travelers, Rocket Mortgage and 3M Open where he finished T15, T17 and T5 respectively and is arguably the best putter in the world at the moment. He ranks in the top ten in all the major putting categories on tour this season and with the course playing fairly easy off the tee and on approach, he should be rewarded with strong play on the green this week.