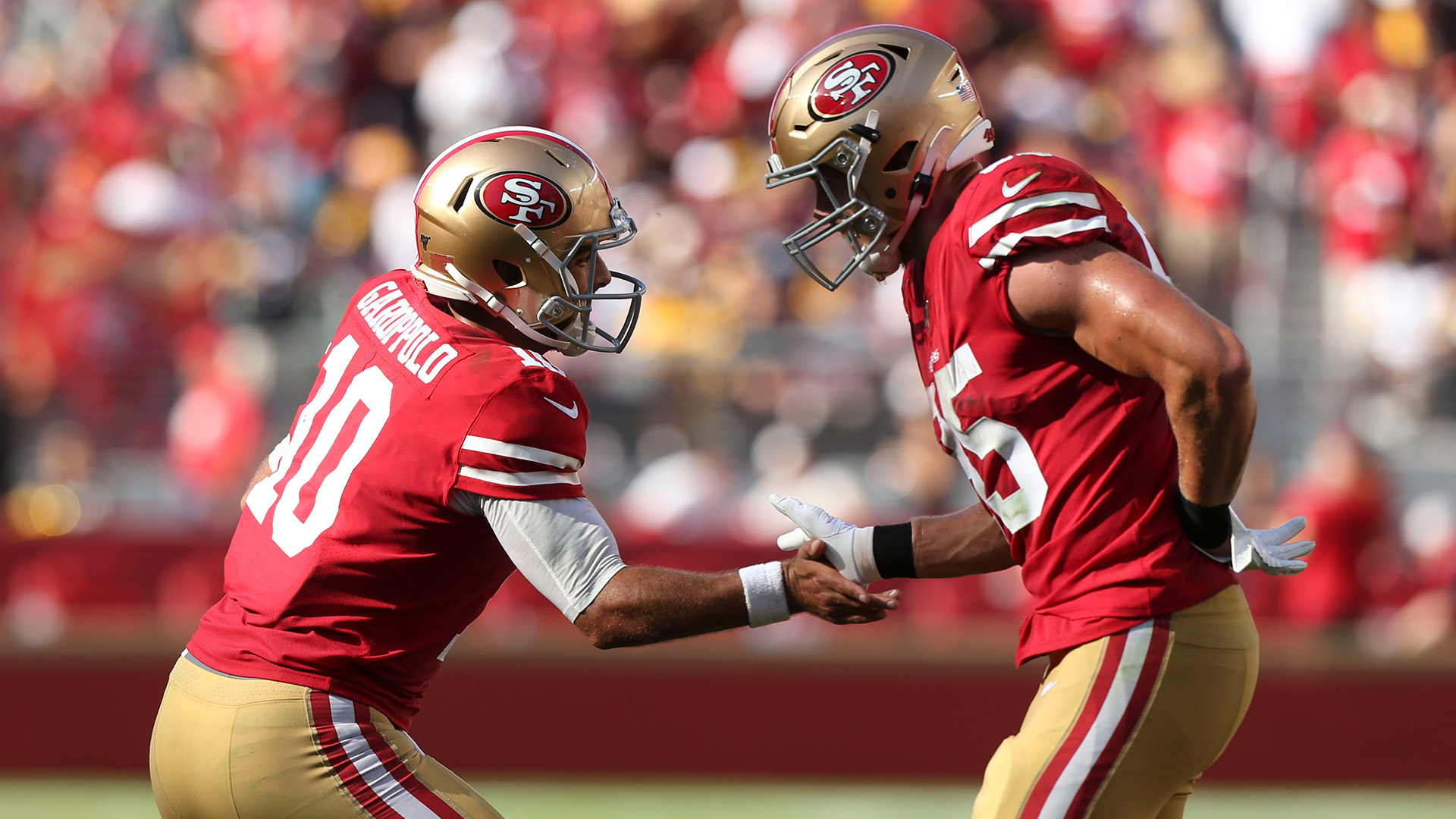 Week 9 in the NFL kicks off on Thursday night with an intriguing matchup between the 7-0 San Francisco 49ers and the Arizona Cardinals from State Farm Stadium in Phoenix! As usual, we have a full preview and betting picks for the Thursday night clash, which gets underway at 8:20pm (ET).

The 49ers will look to move to 8-0 on the season when they travel to Arizona to take on the Cardinals on Thursday night. They maintain one of the best offenses and defenses in the league and can all but secure a playoff spot with a win here.

The 49ers had an absolutely dominant win over the Carolina Panthers in Week 8, putting up one of the highest scores of the season as they dropped 51 points and claimed a 38 point win. Their run game was spectacular, as they posted 232 total rushing yards with Tevin Coleman rushing for over 100 yards and three touchdowns.

The 49ers average 29.6 points per game, which is the third highest mark in the league behind only the Patriots and the Ravens but their defense has arguably been their standout unit so far this season. They have allowed just 11.0 points per game, which is second only to the Patriots, and have forced 16 total turnovers, the third best total in the league.

The 49ers have been great against the spread too, racking up a 5-2 record this season with their only two losses ATS coming against the Steelers in Week 3 and the Redskins in Week 7, a game where they earned a shutout win.

The Cardinals three game winning streak came to an end in Week 8 as they were trounced by the New Orleans Saints on the road. They claimed three wins over poor opponents in the Bengals, Falcons and Giants but the matchup against the Saints kicked off a tough stretch which sees them also face the 49ers twice, the Rams twice and the Steelers in their eight games.

While they are 3-4-1, the defense for the Cardinals has been extremely leaky. They have allowed 27.9 points per game, the fourth higest number in the league and are yet to hold a team to under 20 points this season.

The Cardinals are 5-3 against the spread this season, which may have been a factor in this line starting as low as 9.5 at some books.

Tough to see the Cardinals being super competitive here. The 49ers have one of the best offenses and defenses in the league while Arizona’s defense has looked shaky at the best of times. The Thursday night factor that has hindered some teams from scoring this season shouldn’t be as much of a factor with this run heavy 49ers offence.

The 49ers should put up 30+ here, as they have done in four of their seven games this season and we like them to cover the 10.5 point spread as it currently stands.