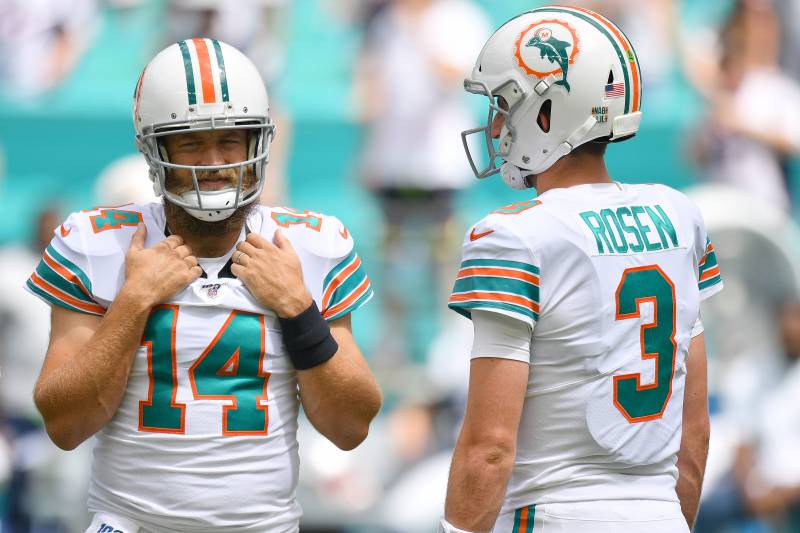 Week 8 of the NFL season concludes on Monday Night as the Miami Dolphins travel to Pittsburgh to take on the Steelers. It’s not the most exciting of matchups for the marquee time-slot of the week, however, it still offers the same amount of gambling value as every other game!

We take a look at the game in full and give our betting picks below.

It’s been a tough start to the season for both the Dolphins and the Steelers so far, and both will be desperate to put on a good show on primetime this Monday night. While the Dolphins chances of making the playoffs are completely gone at 0-6, the Steelers remain barely relevant, sitting at 2-4, three games outside of the wildcard race.

The Dolphins made their intentions clear in the summer and through the early parts of the season as they executed a fire-sale of a lot of their top end talent. It’s most definitely a rebuilding period for the Dolphins, who are 0-6 on the season so far and have covered in just two of those games.

The Dolphins put up 21 points in one of their more competitive efforts against the Bills last week, ultimately covering the spread but going down by 10 points. Ryan Fitzpatrick has taken over from Josh Rosen at quarterback for the Dolphins in the last two games and their offence has looked better.

All in all, there’s not a lot of good things to say about this Dolphins side. They currently score the fewest points in the league at just 10.5 while allowing the most at over 35 per game.

The Steelers have had an up and down season so far and will be desperate to pick up a win here at home against a struggling side to keep them in the hunt for the playoffs. They are still without star QB Ben Roethlisberger, who suffered a season ending elbow injury in Week 2.

Both of the Steelers wins this season have come in the last three games as they defeated the Bengals in Week 4 before losing to the division leading Ravens by just 3 points in a gritty performance. They bounced back in Week 6, capturing a good win over the Chargers on the road before having their bye round in Week 7.

They’ll be on the back of an extended break here, not having played any football in 14 full days., which should hold them in good stead for their home game on Monday night. They are just 2-4 on the season but have a 3-2-1 record against the spread.

The Steelers start as strong 14.5 point favourites here, which seems a bit high at first glance but with all of the factor coming into play this week, including the Steelers coming off the bye, it might be justifiable.

In saying that, we like the Dolphins to cover that line this Monday night. Their offence has looked a lot more competitive since Fitzpatrick entered the starting line-up and the Steelers are one of the lower scoring teams in the competition, scoring just over 20 points per game.