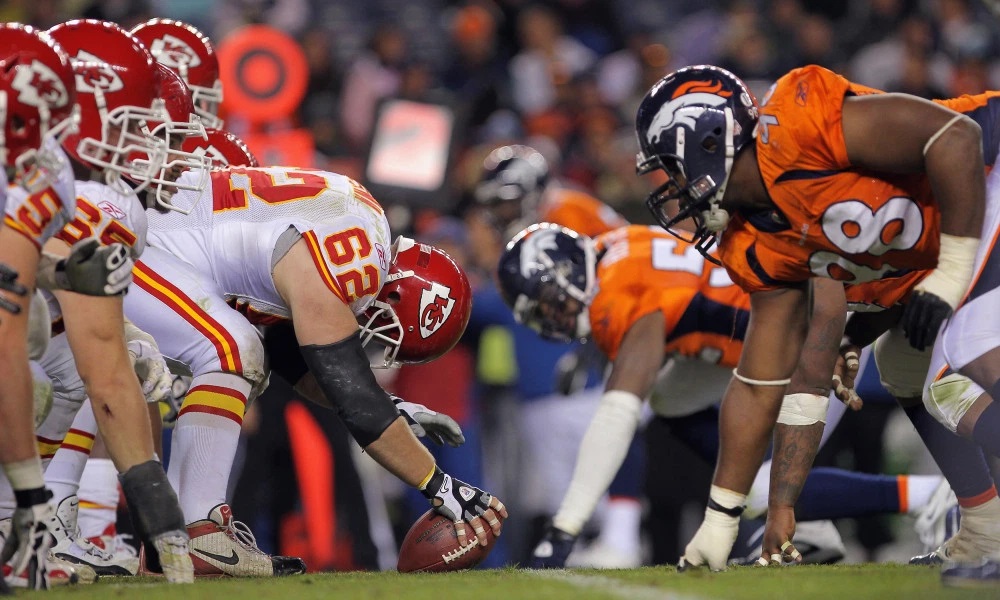 Week 7 in the NFL kicks off on Thursday night with a great clash between AFC West rivals in the Kansas City Chiefs and Denver Broncos. As usual, we have a full, standalone preview and betting tips for the Thursday night clash!

After the Chiefs lost their last two games, the race for the AFC West division has begun to heat up with just two games now separating first from last. With a win at home on Thursday night, the Broncos can significantly close the gap.

The Broncos captured their second win of the season in Week 6 as they defeated Tennessee at home by 16 points. Denver shutout the Titans, allowing just 204 total yards in the win to go 2-4 on the season.

There are still some concerns over the Broncos offense, particularly the play of QB Joe Flacco, who has thrown four interceptions and averages a QB rating of just 90.8 in the six games throughout the season so far. That mark is good for just 23rd in the league and is arguably the reason why the Broncos average just 18 points per game.

On the contrary, the Broncos defence has been impressive, particularly over the last two weeks where they have allowed just 13 total points and picked up two wins. They are top 10 in the league for points and yards allowed per game.

The Chiefs started the season in hot fashion, winning their first four games and putting up 33.75 points per game in the process. Their offense has taken a massive hit over the last two weeks, however, as they put up just 13 points against the Colts and 24 against the Texans to lose both games at home.

Patrick Mahomes is battling a foot injury while star receiver Sammy Watkins has also missed the last two games through injury. The Chiefs offense will have a short turnaround to adjust to a tough Denver defense before their Week 7 game on Thursday night.

The Kansas City defense hasn’t faired much better over the past two weeks. They have been completely unable to stop the run in the two losses, allowing 180 rushing yards to the Colts and 192 to the Texans in Week 6.

Struggle to see how the total for this game sits as high as 50, especially given some of the Thursday night performances we have seen this season. Only two of the six Thursday night games have covered that spread so far this year and throughout their last two games, the Broncos and Chiefs average just 18.25 points each.

The Broncos will look to run the ball all night here, which should use up plenty of clock. With the form of the Denver defence at the moment and the vulnerability of the Chiefs offence, we think this game goes under.