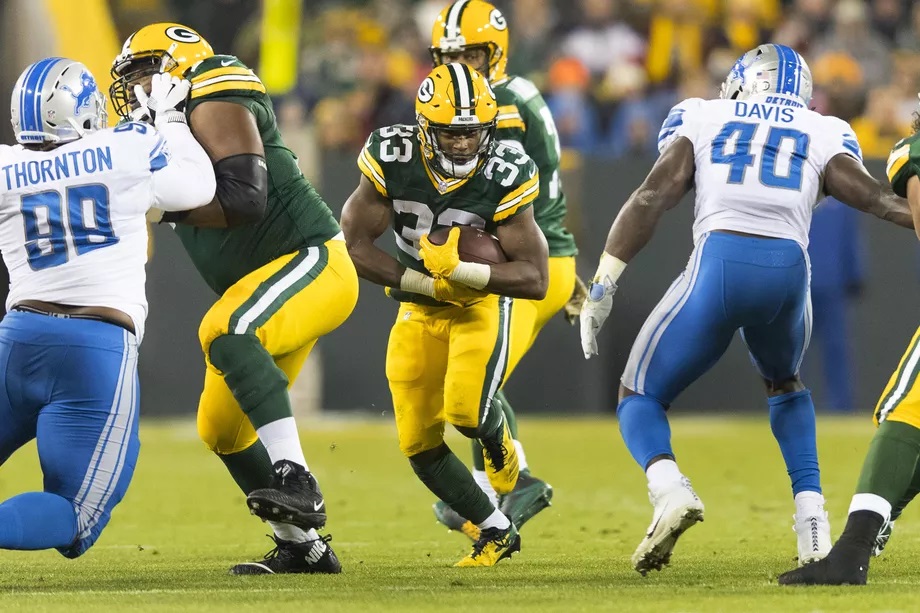 We have another fantastic divisional clash in the NFC North to round out the week in the NFL this Monday night. The Green Bay Packers will host the Detroit Lions on Monday Night Football this week, with both teams looking to stay assert themselves in a competitive division.

Check out our full preview and betting picks for the Monday night clash below!

The Packers currently sit on top of the NFC North division with a 4-1 record, however, it’s an extremely tight race, with all four teams having a win percentage of over .600 through the opening five weeks.

The Packers have been one of the more surprising teams to date so far in the young NFL season. Their defense, in particular, has been one of the best in the league, allowing just 18.6 points per game, which is good for the eighth best mark in the NFL.

The Packers have already faced the other two teams in the NFC North, and managed to come away with hard-fought wins on both occasions, defeating the Bears on the road in Week 1 before edging out the Vikings at home in Week 2.

Star QB Aaron Rodgers has been a little underwhelming to start the season, however, the Green bay run game, led by Aaron Jones, has been fantastic.

The Lions have lost just one game so far this season but sit third in the competitive NFC North division. They have a 2-1-1 record and will be coming off their bye in Week 5.

It feels like an eternity since the Lions hosted the Chiefs in Week 4, which resulted in a tight 4 point loss in a game where they put up 30+ points.

The Lions have had a good mix of offense and defense throughout the early part of the season, and have captured wins relying on both.

The NFC North is proving to be the toughest division to call so far this season. It seems as though every game between two sides from this division could go either way, and the bookmakers tend to agree here, with the home side opening as 3 point favorites.

The Packers have been fantastic against the spread with a 4-1 record through five games. However, their recent record against the Lions stands at just 1-4 ATS.

Tough to call this one either way but we think there is value in the under here. So many of these NFC North battles regularly turn into defensive slug-fests. The three games involving two NFC North teams this season have all hit the under and with the form of the Green Bay defense at the moment, we expect this to be the same.