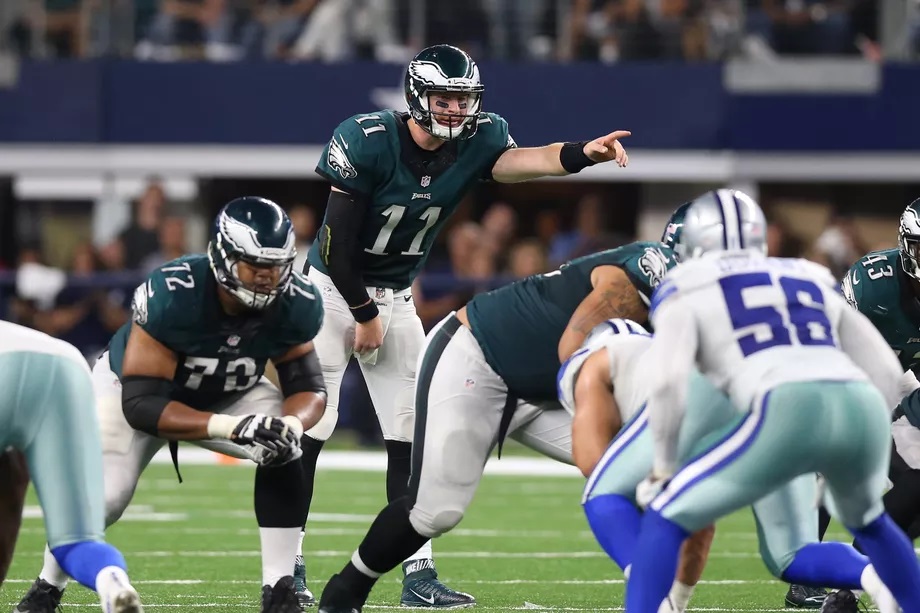 We suffered our first losing week of the NFL season in Week 6 as we went 6-7-1 over the 14 game slate. We’ll be looking to bounce back in Week 7 as we preview some of the key matchups of the week and give our tips for EVERY game across the Sunday slate!

The slate kicks off at 1pm on Sunday with eight games before some intriguing late afternoon clashes. The day culminates with what should be a fantastic Sunday night clash between the Eagles and Cowboys in Dallas.

You can check out our full season record for NFL betting picks here! 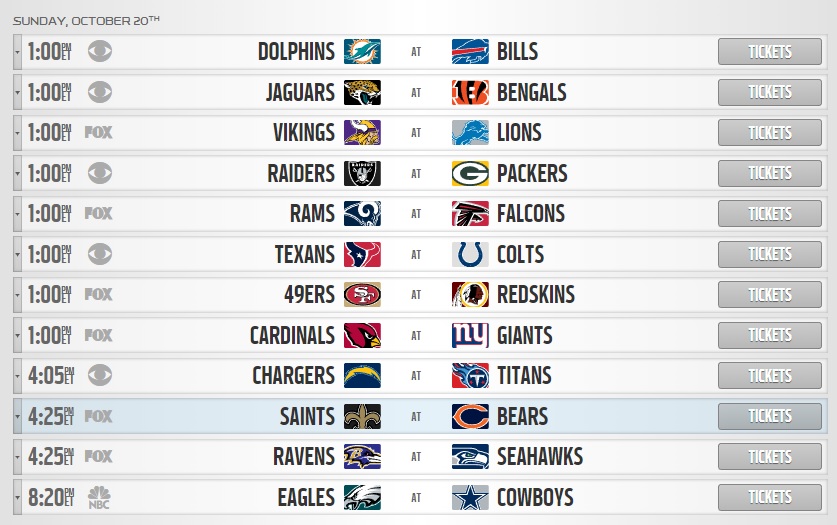 Not many would have predicted at the start of the season for the Vikings and Lions to be the marquee matchup of the 1pm timeslot in Week 7, however, it seems to be that way as the NFC North becomes more and more competitive every week. The Lions were unlucky on Monday night football as they went down to the Packers by just one point. They currently sit on the bottom of the NFC North division with a 2-2-1 record.

The Vikings were dominant over the Eagles at home in Week 6, racking up an 18 point win as Kirk Cousins threw for 333 yards and four touchdowns. The Vikings sit in second place in the division with a 4-2 record. The Vikings have had one of the best defenses in the league through the opening few months of the season, allowing just 155 points per game, the fifth fewest of any team.

The Lions are 4-1 against the spread so far this season and start as slight underdogs at home for this clash. Tough one to call either way here, but the unders look a good bet. through 11 combined games, the two teams are 5-6 in favor of the under this season. The two teams have not scored over 40 points in five of their last six meetings and have both had above average defenses this season.

Fantastic matchup here between two teams who have played well above expectations so far this season. The Seahawks earned another win in Week 6 to move to 5-1 on the season as they defeated the Browns by four points on the road. Russel Wilson continued to make his early case for MVP with a 295 yard, two touchdown performance in the win.

The Ravens made what should have been an easy matchup at home against the Bengals look a little bit tough as they captured a six point win. It was the Baltimore run game that took control of the game in the end, however, as Lamar Jackson and Mark Ingram combined for over 200 yards and two touchdowns along the ground.

The Seahawks might have been fantastic straight up this season, however, they are just 1-4 in their last five games against the spread at home. The Ravens aren’t much better against the spread, maintaining just a 0-4-1 record over their last five games. Regardless of past form, it’s tought o look past Wilson and the Seahawks at home with the line at just three points.

As usual, the NFC East is becoming one of the most intriguing divisions in the NFL for all of the wrong reasons. The Cowboys and Eagles both suffered losses in Week 6, opening the door for the New York Giants, who trail by just one game. The Cowboys loss to the Jets on Sunday night football was particularly disappointing, as they gave up 24 points to a Jets offense that has been dismal this season.

To the Eagles credit, they have had a pretty tough schedule so far this season with games against Detroit, Green Bay and Minnesota over the last month. It doesn’t look like getting much easier for them, however, with all of their next five games coming against teams with a .500 record or better.

The Cowboys start as three point favourites at home, which suggest the bookies have these two teams dead even. We don’t really agree. The Cowboys have really struggled to put points on the board over the last three games, averaging just 18.6 points per game. They are just 2-4 straight in their last six games against the Eagles at home. Back the away team here.