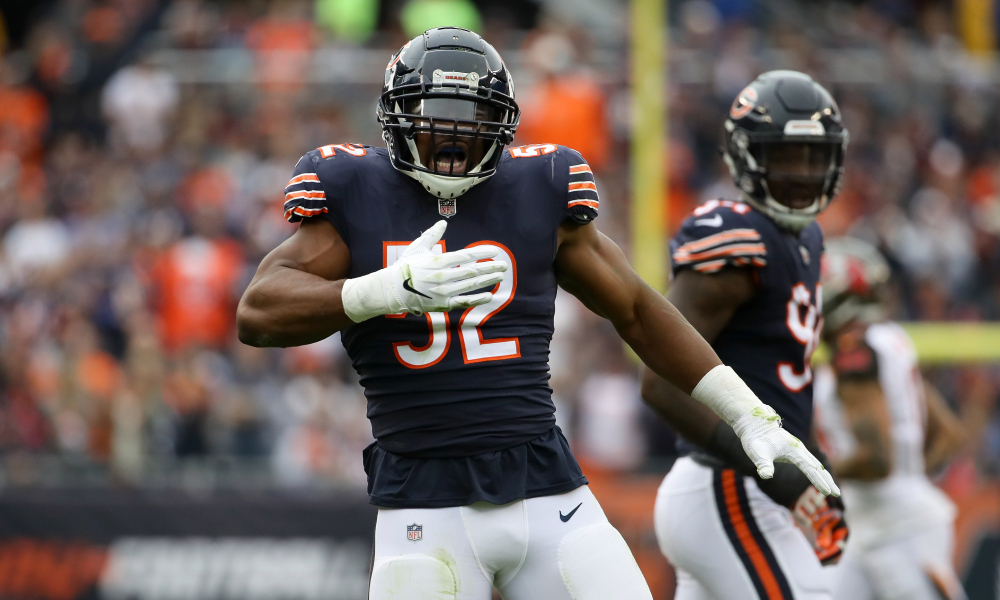 Week 5 of the NFL season is underway and Sunday offers a fantastic slate of 13 games!

We preview some of the key games and give our picks for every game below. 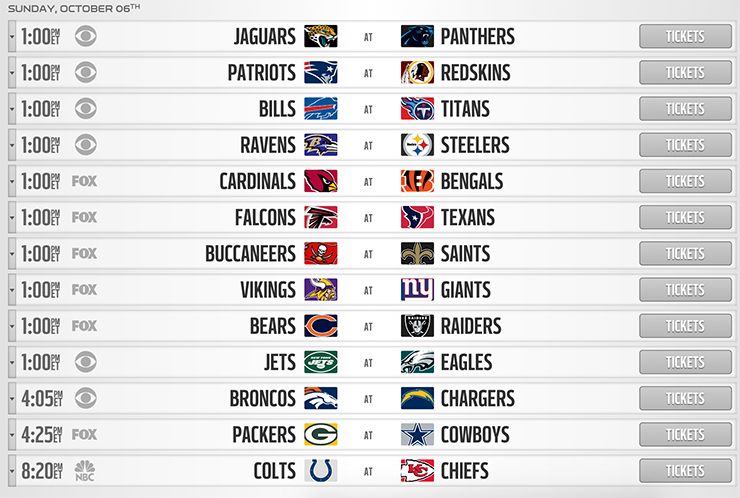 There are only two afternoon games in Week 5 and the Cowboys up against the Packers is the highlight in Arlington.

Dallas
Similarly to the Packers, the Cowboys undefeated start to the season came to end last week against the Saints in New Orleans. They couldn’t get their offense going all night in the 12-10 defeat. But Dallas will be confident on their home turf having won their last 7 home games dating back to last season.

Green Bay
The Packers return to action from last Thursday night after dropping a home game against the Eagles, 34-27. So hopefully, the extra break has helped them fix a few issues, such as their rush defense. They were torched by the one-two punch of Howard/Sanders. So they’ll need to shut down Ezekiel Elliot in this matchup.

Prediction
Green Bay enjoys a fantastic record in Dallas with 3 wins in the last 3 matchups. So it’s hard to look past them at the handicap. They’ve also covered in the last 4 against the Cowboys as underdogs. They should be looking at how the Saints stopped the Cowboys offence last week. Even if the Packers defence can’t contain them, Aaron Rodgers has enough weapons to win a shootout against Dak Prescott.

Oakland
The Raiders picked up an important win last week, downing the Colts 31-24 in Indianapolis. Derek Carr managed the game nicely with 2 TD passes and Oakland’s running game dominated. Rookie Josh Jacobs continues to impress and Trevor Davis ran in a 60-yard score last game. The obvious talking point in this matchup will be taking on former Raider Kahil Mack. So Derek Carr and his offensive line will need to be ready.

Chicago
The Bears have responded from Week 1’s disappointing performance with 3 wins on the trot. Their defence was at it’s usual best in Week 4 as they kept the Vikings to 6 points at Soldier Field. The win was soured by a shoulder injury to starting QB Mitchell Trubisky. So Chase Daniel will take over and that should see Chicago lean on the running game a bit more through David Montgomery.

Prediction
With the Bears missing Trubisky, they’ll look to beat the Raiders with their elite defence. So we like the chances of the Under. Kahil Mack will be fired up to play his former team and that does spell trouble for the Raiders offense. The Under has saluted in 8 of the last 9 games involving the Bears and has also hit in 4 of their last 6 road games.
Pick: UNDER 40.5 (-110 at DraftKings)

Patrick Mahomes and his Chiefs are back on primetime in Week 5 as they host the Indianapolis Colts.

Kansas City
The Chiefs are just one of three teams with an undefeated record left so they’ll be keen to move further ahead in the AFC West on Sunday night. Last week’s win over the Lions (34-30), wasn’t overly pretty with turnovers and defensive issues again. Overall, they lost 3 fumbles and just can’t stop the run (31st in the NFL). But with Mahomes steering the offense, they’ll continue to be a dangerous side. While he didn’t toss a TD last week, the Chiefs are still the best passing team in the NFL.

Indianapolis
The Colts are 2-2 on the season and right in the AFC South divisional race. After Andrew Luck’s retirement and injury battles, credit goes to the Colts thus far. After starting slowly last week against the Raiders in the 31-24, they can’t afford the same result here in Kansas City. Road games haven’t been a major issue for the Colts with wins over the Titans in Tennessee and an OT loss against the Chargers in LA. But with injuries surrounding Marlon Mack and T.Y. Hilton, their defence will need to be at its 100% best.

Prediction
The total of 56 points looks a tad high considering the Colts’ injury issues. Their gameplan will be running clock to keep the ball away from Mahomes. Which should succeed against the Chiefs 31st ranked rush defense. The Under has a nice history between the two sides at 4-1 and Colts games are 5-2 against it when they hit the road. While at Arrowhead Stadium, the Chiefs generally get big totals set and the Under has saluted at this venue in 11 of 16.