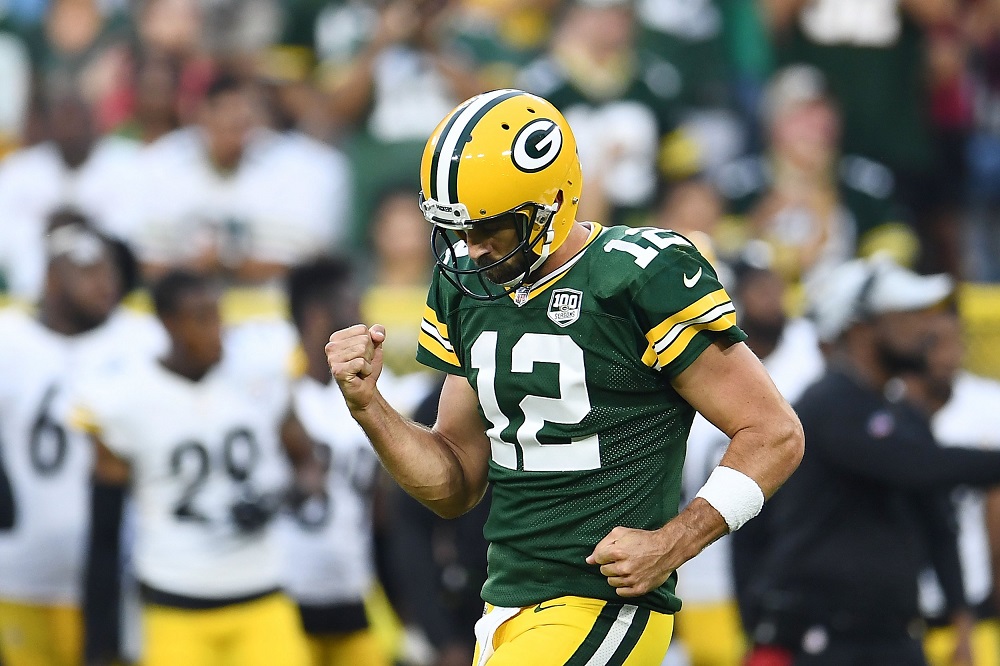 Week 4 of the 2019-20 NFL season kicks off on Thursday night as the Green Bay Packers host the Philadelphia Eagles in a big NFC clash. Total Sports Picks has a 28-20 record through the opening three weeks of the NFL season and we’ll be looking for more winners this week!

You can view our full NFL record here, or continue reading for our full preview and betting picks for the Thursday night clash between the Packers and Eagles!

Thursday night fixtures have been a bit of a let down so far this season, with every matchup hitting the under in disappointing fashion. Thursday night promises to be another slug-fest as two strong defenses go toe to toe.

The Packers have had a fantastic start to the season, winning their first three games with stifling defense. They have allowed just 11.7 points per game, the second fewest in the league through three games. They were 11 point winners over Denver in Week 3 as they allowed just 16 points and 310 total yards.

Quarterback Aaron Rodgers hasn’t set the world on fire to open the season, but has been solid. He is averaging just over 218 yards per game this season with the bulk of the targets going to Davante Adams and Marquez Valdes-Scantling. RB Aaron Jones has also been impressive, racking up 174 rushing yards and 3 touchdowns through three games.

The Packers will be without a few key players for Thursday night’s game. Starting linebacker Oren Burks and defensive end Montravius Adams will both miss while Green Bay have a host of players who are listed as questionable in Aaron Jones, Jimmy Graham, Jamaal Williams, Bryan Bulaga, Kenny Clark and Blake Martinez.

The Eagles have looked super sluggish to start the season. After scraping past the Redskins in Week 1, Philly has gone on to lose their next two games to the Falcons and Lions by a combined margin of seven points.

The Philly offence has been serviceable, putting up just over 24 points per game through three weeks and Carson Wentz has remained injury free, which is a good sign. However, they’ll be desperate to get back on the winners list this weekend to stay competitive in what is shaping up to be a competitive NFC East.

The Eagles will be without key receiving targets Alshon Jeffery and DeSean Jackson for teh clash, leaving Carson Wentz relying heavily on the likes of Nelson Agholor and Zach Ertz.

With the form of the Packers defense so far this year, it’s hard to imagine this being anything other than a defensive slugfest on both sides. The fact that it is a Thursday night game where teams have so little time to prepare offensive game-plans only supports that notion.

The total currently sits at 45, which is one of the higher Thursday night totals we’ve seen so far. Very happy to take the under here.