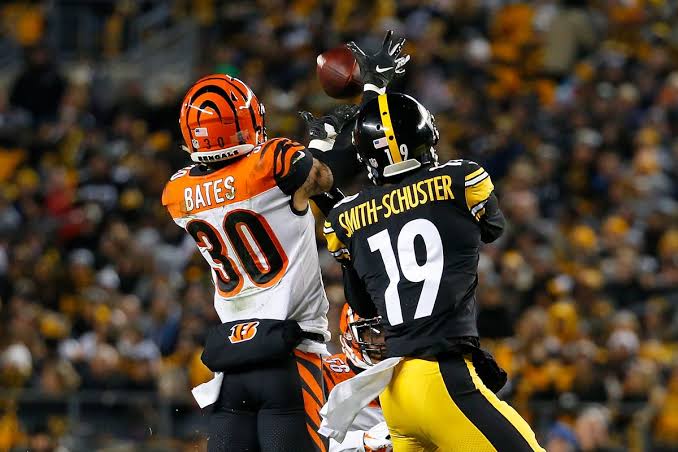 Week 4 in the NFL concludes on Monday night as the Bengals travel to Pittsburgh to take on the Steelers. Both of these AFC North rivals will be desperate for a win after starting the season with an 0-3 record.

The playoffs hopes of both the Bengals and the Steelers are hanging on by a thread as we head into Week 4 of the NFL season, with both teams still yet to pick up a win.

The Bengals are 0-3 but in their two away games they have been fairly competitive. They lost to the Seahawks and Bills on the road by a combined margin of just five points and will be away from home again this Monday night.

Cincinnati has really struggled on offence to start the season, averaging just 18 points through the first three games. It’s an intriguing stat because starting quarterback Andy Dalton has actually been strong in the passing game, combining for five touchdown passes and 979 passing yards, the second most in the league behind only Patrick Mahomes.

The Bengals are absolutely ravaged by injuries at the moment. Not only will they be without star receiver A.J. Green for the foreseeable future, they have eight other players listed as questionable for Monday night.

The Steelers were dealt a massive blow in Week 2 when starting quarterback Ben Roethlisberger went down with a season ending elbow injury. Mason Rudolph has since stepped into the limelight for the Steelers and their offence has struggled to find any rthym.

Rudolph passed for 14/27 and an interception in the Week 3 loss to the 49ers, as the Steelers put up just 20 points. The Steelers are the sixth lowest scoring team in the league, averaging just over 16 points per game, while they have allowed the fifth most points per game at just over 28.

The Steelers have had an absolute dominant run over the Bengals in recent times. They are 9-1 straight up in their last 10 games against their divisional rivals and 7-3 against the spread.

The Steelers are also 5-0 with Mike Tomlin on Monday night football while the Bengals are 0-9 in their last nine prime time games and 2-6-1 against the spread in those games.

Love the look of the Steelers at home here.