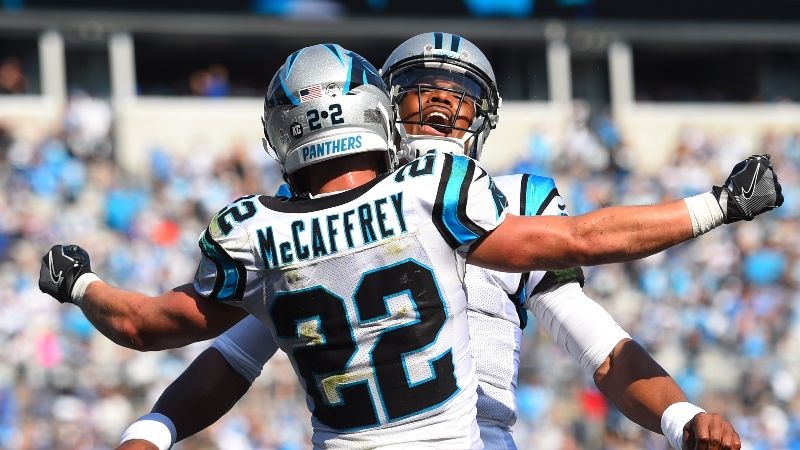 Total Sports Picks went 9-7 in Week 1 betting picks in the NFL and we’ll be looking for another winning week as we kick off our Week 2 preview by taking a look at the Thursday night clash between Tampa Bay and Carolina.

A great matchup between NFC South rivals kicks off Week 2 in the NFL as the Panthers host the Buccaneers at Bank of America Stadium.

The Panthers were admirable in Week 1 as they faced the Los Angeles Rams at home. Star running back Christian McCaffrey kept his team in the game with two rushing touchdowns and over 200 all-purpose yards but ultimately, the Panthers went down by just three points.

Quarterback Cam Newton barely played in the pre-season on the back of a shoulder surgery and while he definitely looked rusty in Week 1 against the Rams, there were some glimpses of the Newton that won MVP a few seasons ago. He passed for 239 yards on 25/38 and should continue to improve, especially against a Buccaneers defence that allowed 31 points in Week 1.

The Buccaneers also suffered a week one loss but weren’t nearly as impressive as the Panthers were in defeat. They were handled comfortably at home by the San Francisco 49ers, allowing 31 points to the Garappolo led offence.

Jameis Winston was deplorable in the loss, throwing 20/36 including three interceptions after many talked him up to be one of the great QB sleepers of the season. One of two former Heisman Trophy winners in this game, Winston will need to be much better if the Buccaneers have any hopes of going 1-1 on the road.

The Buccaneers hired new coach Bruce Arians in the offseason to replace Dirk Koetter in an attempt to aid Winston with his QB coaching experience. It didn’t seem to work in Week 1 and Tampa Bay will have just a three day turnaround to fix things.

The home side has won the last three matchups between these divisional rivals and the Panthers have claimed wins in five of their last eight matchpus. They start as seven point favourites here, and while we like the Panthers to get the job done at home, we think 7 points is a little high at this stage.

We do, however, love the look of the total, which is set at just 49.5 at the moment. Tampa Bay allowed 31 points to the 49ers on the weekend and the last time these two teams met in Charlotte, they combined for 70 points. We think this should be a pretty free flowing game played at a high tempo.