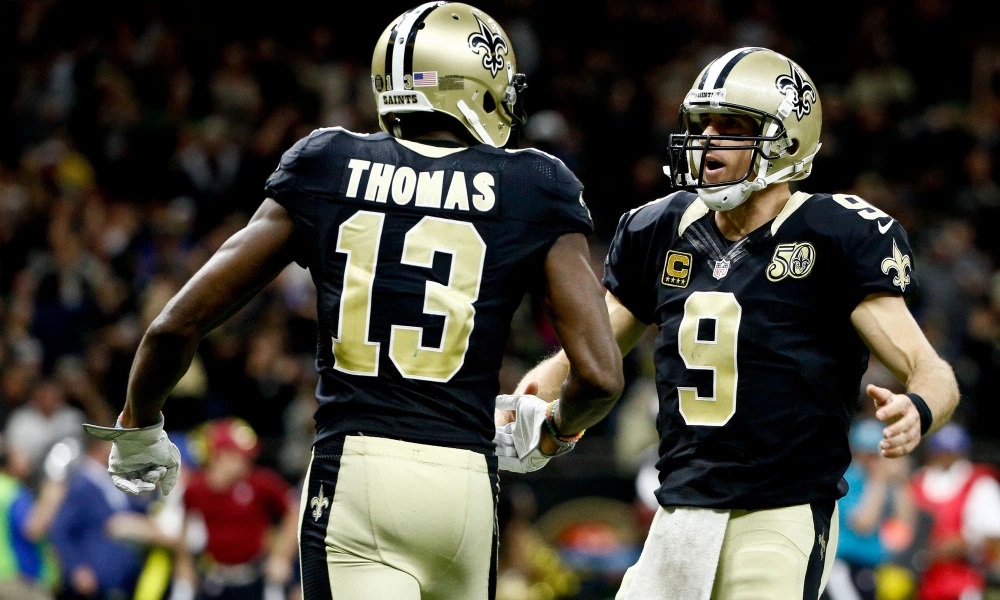 Another win on our lock of the week last week takes our season tally to a very healthy 10-5 on locks. We will be looking for another winner this week as we preview the some of the key matchups in the 12 game Sunday slate in the penultimate week of the NFL regular season. 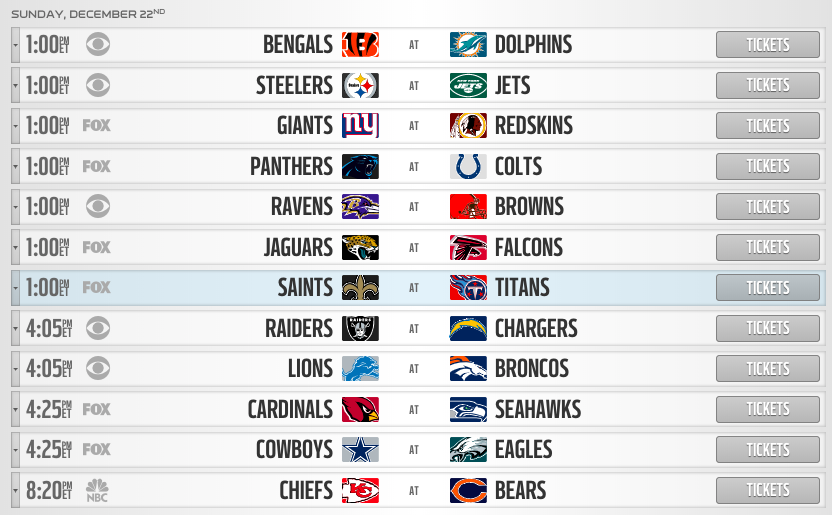 Lock of the week comes courtesy of the Saints this week as they travel to Tennessee to take on the Titans. Hard to believe the Saints are starting as just 2.5 point favourites here. Granted, they are on the road and the Titans have won four of their last five, however, their list of opponents in those four wins wasn’t much to write home about. Tennessee beat the Chiefs in Patrick Moahomes first game back from injury and went on to beat the Jaguars, Colts and Raiders in the next three.

The Titans suffered a loss in Week 16, going down to the Houston Texans in what we think is a more appropriate measuring stick for their talent. They are in a tight battle with Houston for the AFC South division so should be fired up here, but the Saints also have a lot to play for as they fight for the first round bye in the NFC playoffs.

The Titans have no doubt looked like a solid side over the past few months but they have had arguably the easiest schedule in the league this season, having played just three teams with a winning record so far. We think the Saints make light work of them on Sunday.

The Week 16 matchup we were praying for at the start of the season has come to fruition. The Eagles and Cowboys will battle it out in a game that will likely decide the fate of the NFC East division. The two teams currently sit locked with a 7-7 record and both have very winnable games against the Giants and Redskins in the final week of the season.

The Eagles are coming off a 10-point win over the Redskins in Week 15 where Carson Wentz found some form, putting up 266 passing yards and three touchdowns. More impressively though, the Cowboys offense finally got into gear as they put up 44 points on the Los Angeles Rams, winning by 23 as Ezekiel Elliot racked up 160 all-purpose yards and two touchdowns.

Extremely tough game to predict here. One thing that you can be sure about is that these two teams will leave nothing on the table. With both offenses in pretty good form at the moment, and the weather looking good in Philadelphia on Sunday, we think this has the potential to be a bit of a shootout.

After a bumpy middle portion of the season that saw Patrick Mahomes injured and the Chiefs lose uncharacteristic games, they have found some form over the last month, winning four on the spin and covering the spread in all four games. The standout performance of the run saw them travel to New England to defeat the Patriots and break their Foxboro hoodoo, winning 23-16 as Mahomes put up 283 yards and a touchdown.

The Bears haven’t had much to play for for a few weeks now. They currently sit in third place in the NFC North with a 7-7 record and have mathematically been eliminated from the playoff race. It’s been an extremely disappointing season for the Bears so far, who were touted as a Super Bowl contender at the start of year.

Can’t see the bears putting up much of a fight here with absolutely nothing to play for. The Chiefs still have plenty on the line as they fight for a first round bye, which they can get with two wins and a Patriots loss in the last two weeks. Back the Chiefs to take no chances here and cover the line.