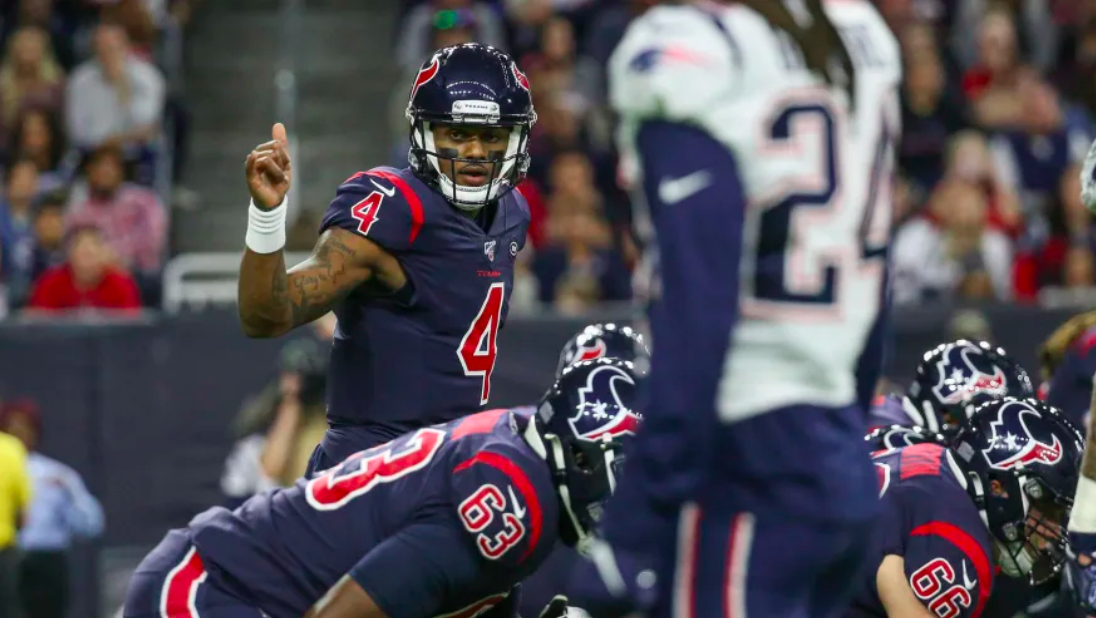 No Thursday game in the NFL this week but in it’s place we have a fantastic triple-header of games on Saturday, kicking off with the Buccaneers and Texans from 1pm followed by the Patriots hosting the Bills and the 49ers taking on the Rams in the late game.

We have a preview and betting picks for all three games below!

The Texans are coming off a great win over the Titans in Week 15 which gave them a crucial one game lead in the AFC South division. They’ll be desperate for a win here, as a loss this week and a loss to the Titans, who they face again in Week 17, could see them surrender the lead in the division and drop out of the playoffs.

The Buccaneers posted 38 points in their win over the Lions in Week 15, their fourth win in a row. They have stormed home in the final weeks of the season, but it will ultimately be for nothing as their chances of making the post-season have already vanished. Despite that, they have one of the most exciting offences in the league, and have put up 29.7 points per game, the third most in the league.

The Texans have shown the ability to put up massive numbers at times throughout the season on the back of some brilliant play by QB DeShaun Watson. Both QB’s in this game love to throw the ball and currently sit in 1st and 11th in passes attempted this season. We expect this to be a bit of a shootout and clear the 49.5 total fairly easy.

The Patriots bounced back from a two game slide with a dominant win in Cincinnati in Week 15. They will be back at home this Saturday in a massive divisional game against the Bills. For what seems like the first time this decade, the race for the AFC East is still alive in the final few weeks of the season, and Buffalo will need to win both games to round out the season and hope the Patriots lose against the Dolphins in Week 17 to snatch the division.

The Bills were fantastic on the road in Pittsburgh in Week 15, claiming a 17-10 win to move to 10-4 on the season. At the very least, the Bills will be back in the playoffs this season, as they currently sit two games ahead of the nearest second place team. The defense of the Bills has been the shining light this season, allowing just 15.9 points per game, which is second only to the Patriots.

As expected, the forecast for Foxboro Saturday is COLD, and with two of the best defenses in the league squaring off, we expect this one to be a defensive slugfest. Taking the unders every day and twice on Saturday’s here.

Both the Rams and 49ers are coming off losses in Week 15, and 49ers in particular will be desperate to bounce back with the NFC West division on the line. They currently sit behind the Seahawks on tiebreakers alone but play them in Week 17. The Seahawks have the easier matchup against Arizona this week, one they’ll likely win, so San Francisco need to win at home against the Rams to keep themselves in the hunt for the division.

With the loss to the Cowboys in Week 15, the Rams hopes of snatching a wildcard place in the NFC have likely been dashed. Mathematically, the Rams can still make it with wins over the 49ers and Cardinals in the final two weeks, however, they’ll need Minnesota to lose their last two games against the Packers and Bears.

There’s a lot on the line for the 49ers here, and not as much for the Rams. If this fixture was a few weeks ago, I would’ve expected the line to be around the 9.5 point mark, but a few hiccups for the 49ers of late has brought it into a management 6.5. I like the Rams to win by a touchdown here, especially after putting up 35 points per game in their last two.