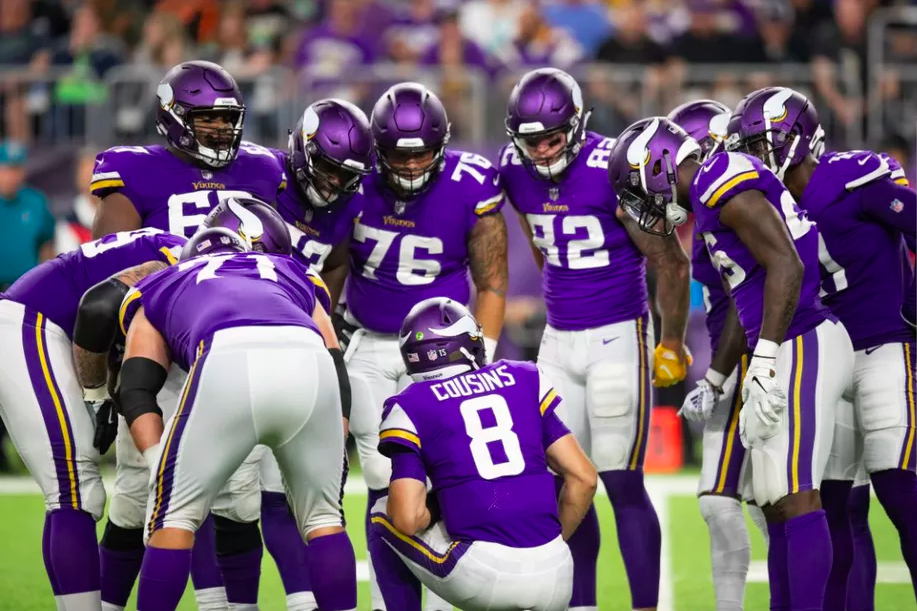 Week 16 in the NFL concludes with a fantastic clash between NFC North rivals the Minnesota Vikings and Green Bay Packers from 8.15pm ET. The NFC North is still up fro grabs and this game could end up being the deciding factor.

As usual, we have a full preview and betting picks for Monday Night Football below!

The Green Bay Packers currently top the NFC North with a 11-3 record, but the Vikings are breathing down their neck, sitting just one game behind with a 10-4 record. The Vikings have secured a spot in the playoffs, however, they’ll be desperate to get a win here and push for the NFC North title, which would give them a top three seed in the conference and potentially a top two.

The Vikings have won their last two games on the spin and four of their last five. The one loss in that span came against the Seahawks in Seattle in a 67 point shootout. The Vikings have shown the ability to win games on both sides of the ball this season, and put up 39 points against the Chargers in Week 15 to win by 29 points.

The Vikings defense racked up three interceptions and a five forced fumbles against the Chargers in their win, which mark the fourth time this season that they have held their opponents to 10 points or less. The Vikings have allowed just 18.5 points per game this season, which is the sixth fewest in the league and their turnover difference is the fourth best in the league at +11.

When travelling, the Vikings have been an average side this year but at home, they have been fantastic. Under the roof of U.S. Bank Stadium, the Vikings are 6-0 straight up and 4-2 against the spread this season, putting 27.6 points per game at home and allowing just 14.1.

Considering how up and down the Packers have been on offense this year, it’s a little surprising to see them at the top of the NFC North division with a 11-3 record. They average just 23.6 points per game, which is good for just the 14th best mark in the league, but it’s their defense that has been the driving force this season.

The Packers have kept their opponents to 16 points or less in four of their last five games and seven total this season. They have allowed just 20.2 points per game, which is good for a top 10 defense in the league and they too have a dominant turnover differential at +14, 2nd only to the Patriots.

The Packers are 7-1 straight up at home this season but just 4-2 on the road and have failed to cover in two of their last three away games. They’ll be on the road for the last two weeks of the season, so a betting man would think the NFC North is still wide open for the taking.

Two strong defenses going against eachother here should lend itself towards the under, but we are slightly favoring the Vikings here. Interestingly, Aaron Rodgers has played much better in the elements than under the roof over the course of his career. Prior to this season, Rodgers was 82-38 in an outdoor stadium (68%) and just 15-14 in an indoor stadium (51%).

We think the Vikings continue their dominant home record here and cover the 5.5 point spread.