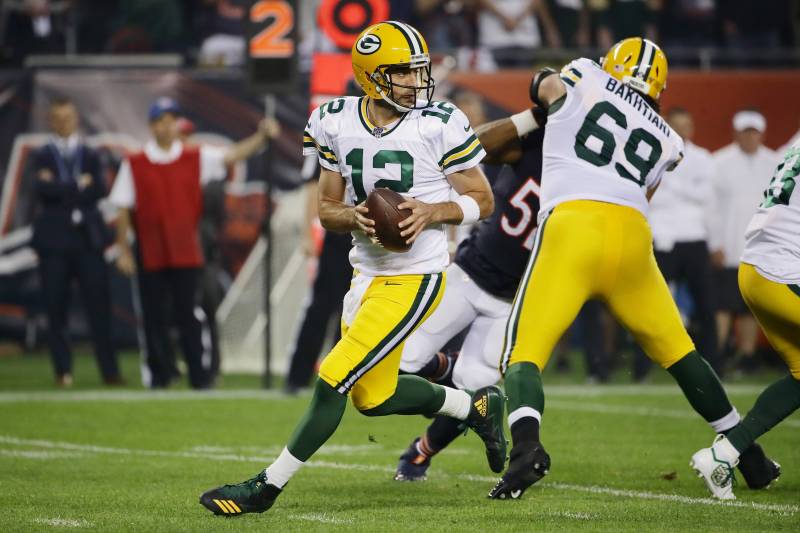 Another Sunday in the NFL, another great 14 game slate to look forward to, kicking off at 1pm (ET). Road favorites are the theme of the day this Sunday, with seven teams favored on the road currently.

We hit on our lock of the week again in Week 14, taking our lock tally to 9-5 on the season! As usual, we have our best bet of the week below as well as picks for EVERY game. 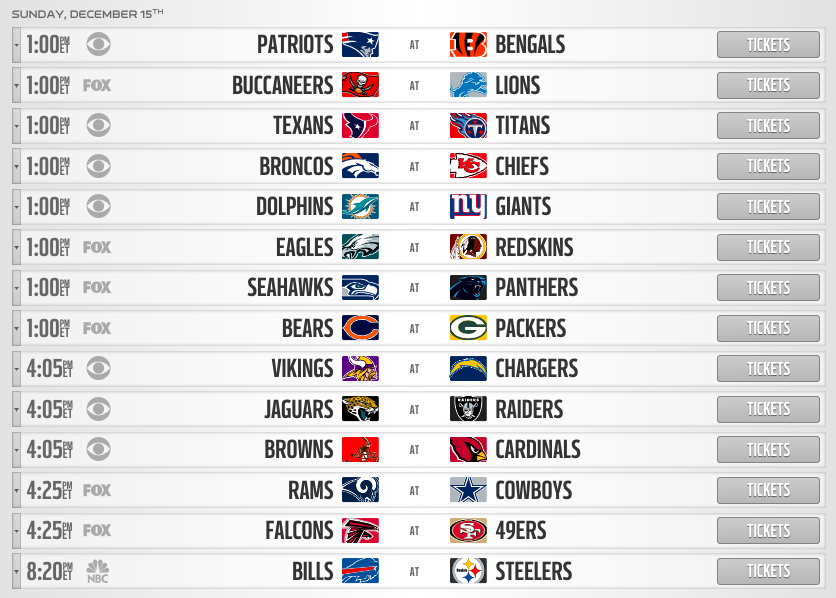 Our lock of the week this Sunday comes in the form of the New England Patriots, who we are picking to bounce back in a big way against the 1-12 Bengals. The Patriots have been disappointing over their last two games, losing to the Texans on the road before giving up their first game at home this season as they went down to the Chiefs.

The Bengals were beaten by the Browns on the road last week and maintain the worst record in the NFL. They have had a dismal record against the Patriots in the Brady/Belichick era. In seven games against the Bengals, Brady has a 6-1 record and a 107.8 average passer rating, the fifth highest split in his career.

There has been plenty of talk over the declining play of Tom Brady throughout the week and how many times has the star quarterback proven his critics wrong over the course of his career. This has Brady/Belichick bounce-back written all over it. The Bengals are 5-7-1 against the spread this year but just 1-4-1 at home.

The Packers claimed a five point home win over the Redskins in Week 14 and will be at Lambeau again this week as they take on their divisional rivals in the Chicago Bears. There is plenty at stake in the NFC North, with the Packers currently holding a narrow 1-game advantage over the Vikings.

When the two teams met earlier in the season, Green Bay won in a defensive slugfest that ended in a 10-3 scoreline. When you think NFC North, you generally think defense and low scores, however, their meeting earlier in the year was just the first time in six games that the two teams had failed to combine for 40 points.

Chicago’s offense found some form on Thursday night in Week 14, downing the Dallas Cowboys and putting up 31 points in the process while the Packers have put up an average of 25.5 over their last two games. The line for this one sits at just 40.5, we think it goes over quite comfortably. It will be cold in Green Bay but minimal wind and no snow shouldn’t hinder scoring.

Do or die time for the Dallas Cowboys here. After losing their last three games on the spin, they currently sit above Philadelphia in the NFC East on tiebreakers alone. With both teams maintaining just a 6-7 record through 13 games, a win in the division is a must if they wish to make playoffs, as the two wildcard teams currently have 10 and 9 wins respectively.

The Cowboys run home is a little tougher than the Eagles as well. Dallas will face the Rams, Eagles and Redskins over their last three games while the Eagles will play the Redskins, Cowboys and Giants. Here’s hoping the division comes down to their Week 16 matchup, but to make that possible, Dallas need to win this week.

Dallas have won games by outscoring their opponents in shootouts this season and they’ll need to get back to that if they want to beat this Rams offense which has looked high-powered over the last few weeks. Can see this one being 35-30 in favor of either team.