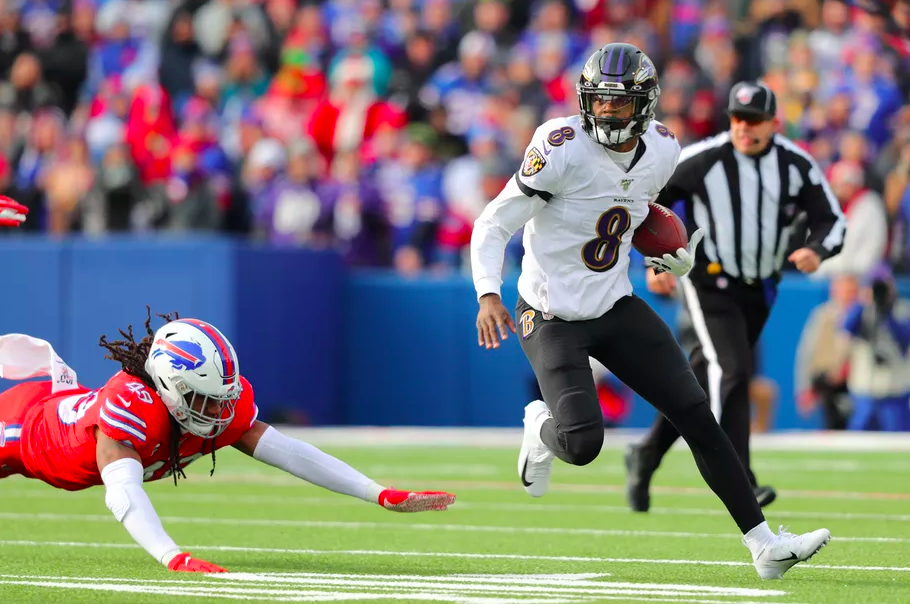 The Baltimore Ravens will be hunting their 10th straight victory this Thursday night when they host the New York Jets from 8.15pm. As usual, we have a full preview and betting picks for the Thursday Night Clash below!

The Baltimore Ravens hosting the New York Jets on Thursday night football might not have seemed like the prettiest matchup when the schedules were released at the start of the year. However, with the current form of the Ravens and their star quarterback Lamar Jackson, the matchup will no doubt be one of the highlights of the Week 15 slate.

The Ravens are the hottest team in the league right now. They have won their last nine games on the spin and over that nine game stretch they have beaten high level teams in the Seahawks, Patriots, Texans, Rams, 49ers and Bills. Not only have they won those games, they have generally put up dominant performances, winning their last nine by an average margin of 17.66 points.

Lamar Jackson and the Baltimore offense has been unstoppable. Although he doesnt throw the ball as much as other QB’s he leads the league in touchdown passes with 28 on the season and is far and away the leading rusher amongst quarterbacks, averaging over 78 rushing yards per game.

The Ravens have been dominant against teh spread on the road, maintaining a 5-1 record. However, they haven’t been as strong when at home, especially when favored heavily. They have been 10+ point favorites at home three times this season, covering only once against the Bengals in Week 10.

What an interesting year it has been for the Jets this season. They have been one of the toughest teams to figure out in betting terms after scoring big wins over the likes of the Cowboys and Raiders but also falling to minnows in Miami and Cincinnati.

The Jets will start as 14 point favorites on the road, a line that they have been favored by twice this season. They covered against the Patriots back in Week 3 when favored by 21 but failed to cover the 14 point line they faced in Philadelphia in Week 4.

The Jets are 5-8 against the spread this season and just 2-4 ATS on the road.

Tough to look past the Ravens here. They have made a mockery of double digit lines over their winning streak, beating teams by two touchdowns of more on four seperate occassions. At home on national TV, we don’t see how Lamar Jackson doesn’t show out here and record a big win for the Ravens.