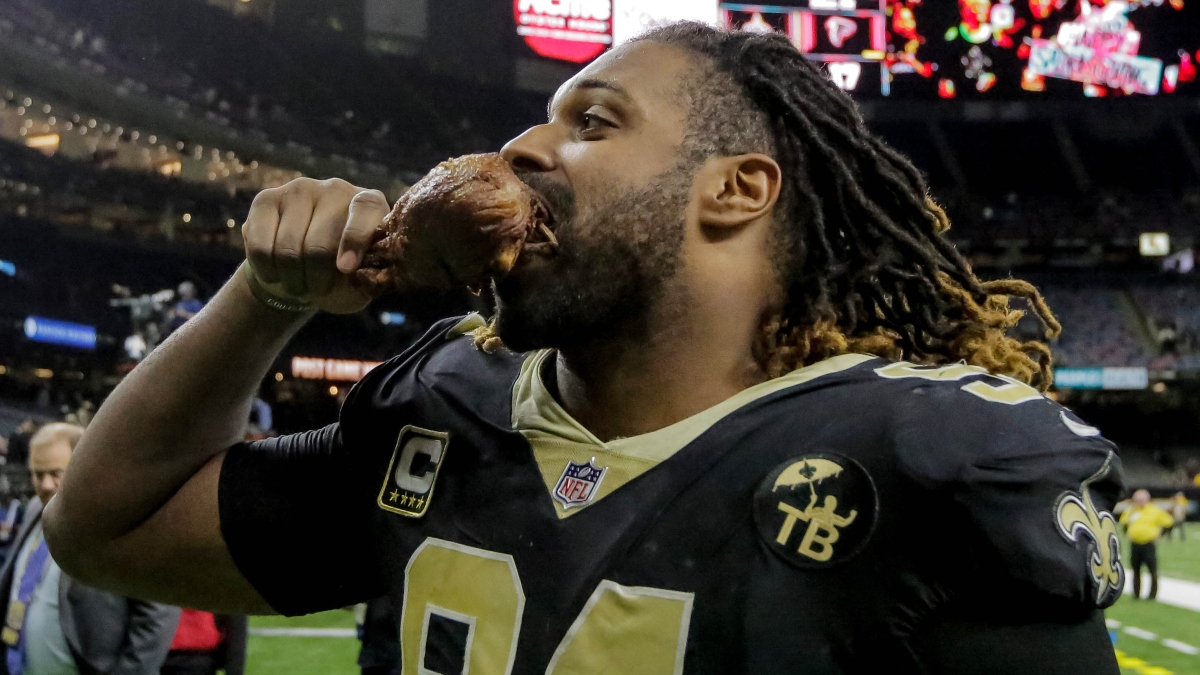 Thanksgiving has arrived! As always, there will be a tasty little three game slate throughout the Thanksgiving day holiday, getting underway with the Detroit Lions hosting the Chicago Bears from 12.30pm. The Bills will travel to Dallas to take on the Cowboys in the afternoon game before the Falcons host the Saints in the final game of the day.

We have a full preview and our best bets for all three games below!

The Bears picked up a much needed win in Week 12 against the Giants at home but it was by no means smooth sailing. They trailed at half-time before a 16 point third quarter set up the win. The Bears offense continues to be a massive issue and starting quarterback Mitch Trubisky had another ordinary game in the win over the Giants.

The Bears defense still looks solid though, currently sitting fourth overall in points allowed per game at just over 17. They come up against a Lions team that has fallen away heavily after starting the season with a 2-0-1 record. They have lost seven of their last eight games and sit in last place in the NFC North.

Like the look of the Bears on the road here but not completely sold on them, also like the look of the under but not completely sold on it. There’s only one solution, it’s teaser time. Happy to take the six extra points on the under and the Bears here. We think that works out to be a pretty comfortable cover in what should be a 16-10 type of game.

Might not have looked like the most exciting Thanksgiving day match-up when it was announced in the pre-season but the emergence of the Bills this year has given this game some extra heat. Buffalo currently sit in second place in the AFC East with an 8-3 record and are currently in prime position to pick up one of the wildcard positions in the conference. They have won their last two games and were dominant defensively over the Broncos in their Week 12 match-up, holding their opponents to just three points.

The Cowboys had the tough task of travelling to Foxborough to take on the Patriots in Week 12 and it was made even tougher by the weather conditions. New England held Dallas to just 9 points as they claimed a four point win, but expect the Cowboys offense to be better this week as they are back under the roof of AT&T Stadium.

The Cowboys have averaged more total yards per game than any other team this season and despite their dismal performance in Week 12, they still average over 26 points per game, the fifth most in the league. The are yet to play in a marquee time-slot or nationally televised game this year, and in their sole appearance last year, were decimated 25-6. Back the Cowboys to bounce back here.

Points, points and more points. That is what you can expect from this game. The Saints have been one of the hardest teams to read in the NFL this season. One week their defense comes out and completely shuts down an opposition, as they did in Week 4 against the Cowboys (12-10) and Week 6 against the Jags (13-6). Other weeks, they get involved in end to end shootouts as they did in Week 7 against the Bears (36-25) and Week 12 against the Panthers (34-31).

We think this game will fall into the latter category, especially given Atlanta’s complete inability to stop anyone this season. The Falcons have allowed 27.0 points per game this season, the fifth most in the league, while the Saints have averaged over 24 points per game, which is in the top 10 in the league. The Saints suffered an uncharacteristic loss to the Falcons in Week 10 in New Orleans, going down 26-9 and you can bet they’ll be looking to avenge the loss to their divisional rivals.

Both the Falcons and Saints were involved in high scoring matches in Week 12, with New Orleans putting up a combined 65 points with the Panthers while the Falcons and Buccaneers put up 57. In their last nine games dating back to 2015, the Saints and Falcons have averaged 52.4 total points per game. Back the overs here.

It’s Thanksgiving which means it’s time for Family, Food, and Football! Today only, place a parlay on all 3 Thanksgiving games and if it busts like your belt buckle,get your stake back up to $100 thanks to our partnership with DraftKings. Act now, there won’t be any leftovers!