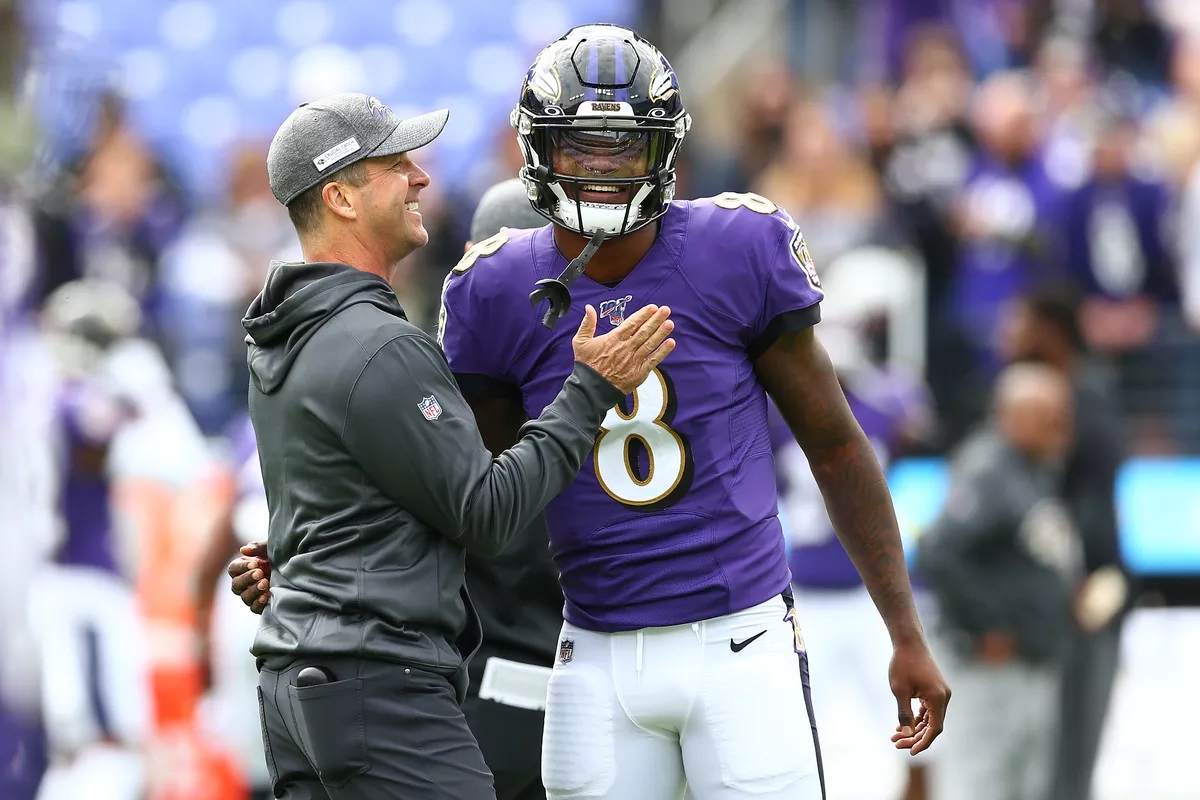 What a fantastic clash to look forward to on Monday Night Football in Week 12. The Baltimore Ravens will travel to Los Angeles to take on the Rams to close out the week in what is shaping up to be a super important game for both teams.

As usual, we have a full preview and betting picks for the marquee Monday night clash below!

The Ravens have all but secured a playoff spot but are still right in the mix for the top seed in the AFC. They’ll look to extend their winning streak and put the pressure on the New England Patriots. The Rams sit in third place in the NFC West division and while they are three games behind the San Francisco 49ers, they are by no means out of the wildcard race.

Baltimore have won their last six games in a row, including fantastic wins over good teams in Seattle, New England and Houston. They were big winners over the Texans in their last game, putting up 41 points as star quarterback Lamar Jackson threw for 222 yards and four touchdowns.

The Ravens offense has been playing on a different level over the last four games. In that stretch, they have put up an average of 39.25 points per game and they have gotten it done both on the ground and through the air.

Not to be outdone, the Baltimore defense was also fantastic on the weekend, as they held the Texans to just seven points at home. They have allowed just 14 points per game over the last four weeks and covered the spread in all four of those games.

After starting the season as one of the red hot favourites for the Super Bowl, the Rams have had a bit of an up and down season to date. While their defense has been good enough to help them to 6 wins, they have really struggled on offense throughout the season. They have averaged just over 24 points per game, which still sits in the top half of the league, it’s not a patch on the 32.9 per game they averaged last season on their way to a Super Bowl appearance.

They have scored just 29 total points in their last two games, and were lucky to come up against a lacklustre Chicago Bears team in their last game, where 17 points proved to be enough for a win.

Interestingly, the Rams have the equal best record against the spread in the entire NFL at 7-3, which you wouldn’t have expected given the season they have had so far. They start as 3.5 point underdogs at home on Monday.

As good as the Rams have been against the spread, when you go through their schedule, they have had a pretty easy run, particularly over the last four weeks. They have played the Falcons, Bengals, Steelers and Bears in the last four weeks, all teams with losing records at the time.

The Rams ability to keep up with the Ravens on the scoreboard is an issue here. They have won three of their last four by grinding out low scoring games, but you have to think Baltimore will put up at least 24 points here. Which should be enough to cover given the current state of the Rams offense.