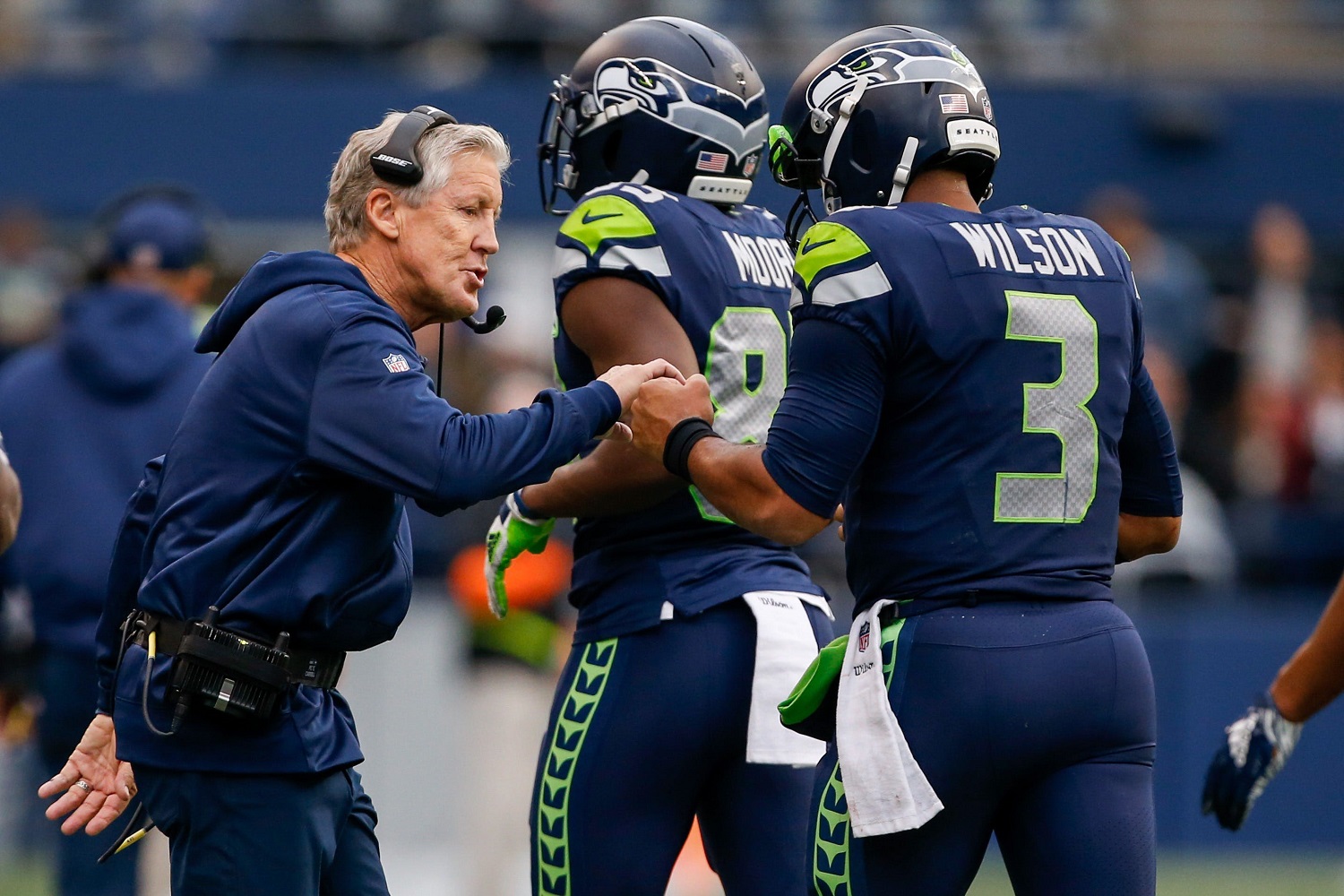 The Minnnesota Vikings will travel to Seattle to take on the Seahawks on Monday Night Football to round out Week 13 in the NFL! It has been a stellar week of football so far, headlined by the Thanksgiving Day triple header, and the massive NFC clash between the Vikings and Seahawks should cap it off in style.

As usual, we have a full preview and betting picks for the Monday night fixture below.

Monday night marks a crucial battle for two teams who have been outstanding in the 2019-20 regular season so far, but who both currently sit in second place in their respective divisions. They are both currently the leaders in the clubhouse for the Wildcard positions in the NFC, but a win here for either team will keep them in the race for the coveted first week bye.

The Seahawks have a 9-2 record on the season so far and sit just a game behind the division leading San Francisco 49ers. However, the 49ers have a tough Sunday matchup in Baltimore this week, so a win for the Seahawks on Monday night could see them draw level in the NFC West. Seattle were fantastic on the road in Philadlephia in Week 12, claiming a 17-9 point win, their fourth win in a row.

While it has been Russel Wilson and the Seahawks offense that has been the catalyst for the majority of the year, it was the Seattle defense that got the job done in Philly, keeping the Eagles to just 9 points and forcing five total turnovers. The Seahawks currently sit fourth in turnover difference with a figure of +9 on the season, having forced 24 and allowed 15.

Russel Wilson might have seen the MVP award slip out of his grasp with the performance of Lamar Jackson in Week 12, but he’ll still have plenty to prove as he goes up against what has been one of the best defenses in the league this season. Interestingly, the Seahawks have been a much better road team than they have been at home this season. On the road, they are 6-0 straight up and 5-1 against the spread. At home in front of the famous 12th man, they are just 3-2 straight up and a dismal 1-4 against the spread.

The Vikings are in a very similar position to the Seahawks in their respective conference, sitting behind the Packers on a tiebreaker alone at 8-3 on the season. With the Packers looking certain to get a win against the Giants on Sunday, the Vikings will be desperate for a win themselves to keep them relevant in the competitive NFC North division.

They claimed a four point win over the Broncos at home in Week 12, racking up their sixth win in the last seven games. The have a propensity for playing out tight games, with their last three matches being decided by a a combined margin of just 11 points. Kirk Cousins continues to defy his critics, posting a 319 yard, three touchdown game in the win against the Broncos.

What a tough game to call. Could really see either side winning this game and the bookies agree, setting the line at three points in favour of the home side, which indicates they think the two teams are even. Fancy the Seahawks and fancy the under in a game that should be pretty toughly contested. Happy to take the six points on both the spread and the total and tease them.