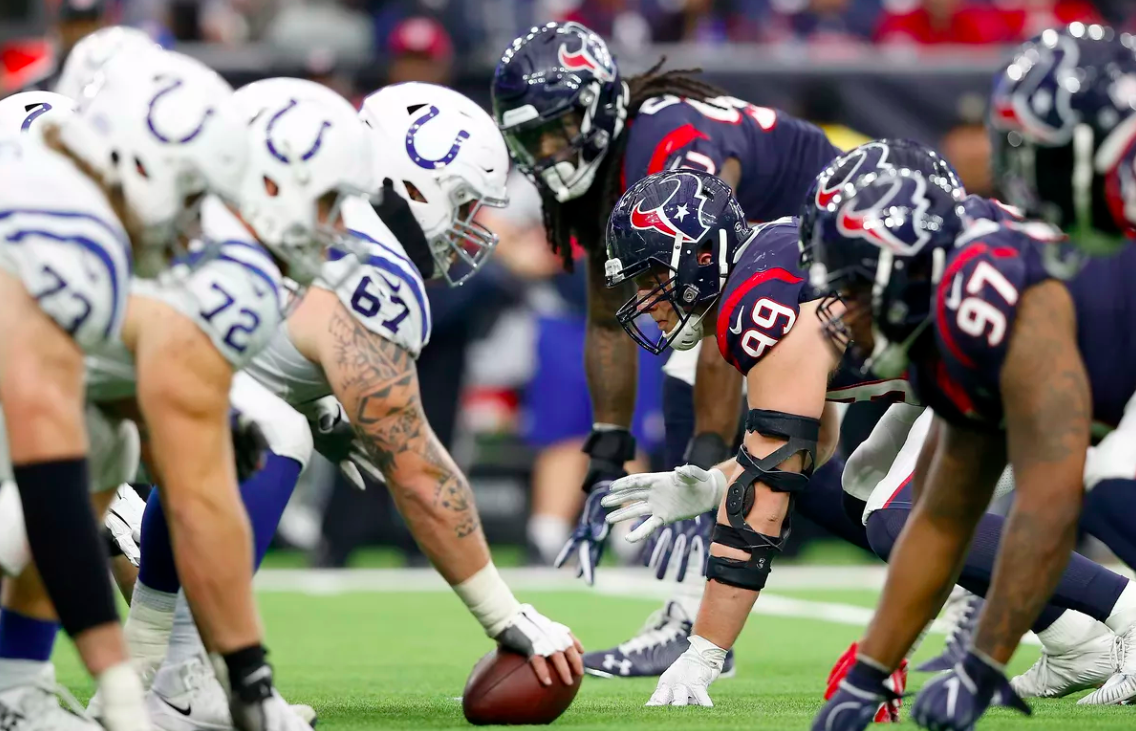 There is just six weeks to go in the 2019-20 NFL regular season and the race for the playoff spots are starting to heat up, particularly in the AFC! Week 12 gets underway with an interesting AFC South matchup between the Indianapolis Colts and the Houston Texans from NRG Stadium in Houston.

As usual, we have a full preview and betting picks for the Thursday night clash below!

After the Texans were dominated by the Ravens in Week 11, the race for the AFC South title is well and truly alive. The Colts and Texans currently sit tied at the top of the division with a 6-4 record while the Titans (5-5) and Jaguars (4-6) are also still within striking distance.

The Colts were victorious over the Texans at home back in Week 7 as starting quarterback Jacoby Brissett had a career day. The QB threw for 326 yards and four touchdowns in the win. Brissett returned to the starting line-up last week after missing a few games with a knee injury.

After losing two in a row, the Colts bounced back in a big way with Brissett back in the line-up, defeating the Jaguars by 20 points at home in Week 11. The Colts run game was on fire in the win, posting a ridiculous 264 rushing yards and three touchdowns.

The Colts covered the spread in four of their first six games but have failed to do so in three of their last four. It’s a different story with Brissett back in the line-up though, and the Colts defense has never really wavered, allowing just 17 points per game over their last four.

After losing to the Colts in Week 7, the Texans went on to win their next two games against the Raiders and Jaguars. However, their win streak was snapped in Week 11 as they were absolutely decimated by the red hot Baltimore Ravens, losing by a final score of 41-7.

The Texans struggled to find any type offense on the weekend as starting QB DeShaun Watson threw for just 169 yards and one interception. The Texans have some real issues in their offensive line at the moment and they allowed 7 sacks on the quarterback in their loss to the Ravens.

The Texans have failed to cover in three of their last four games and have allowed 23.3 points per game this season. The Texans could be without key WR Will Fuller V this week, who is battling a hamstring injury.

Tough game to call here. On one hand you have the Colts who are coming off a fantastic divisional win in Week 11 and on the other you have the Texans, who are at home, coming off their worst loss of the season. Form would suggest a bet on the Colts here and we are happy to side with them.

The Texans are just 1-3 against the spread at home this season while the Colts are 2-1-1 on the road. With Brissett back in the line-up and the defense playing well, take the points with the Colts.