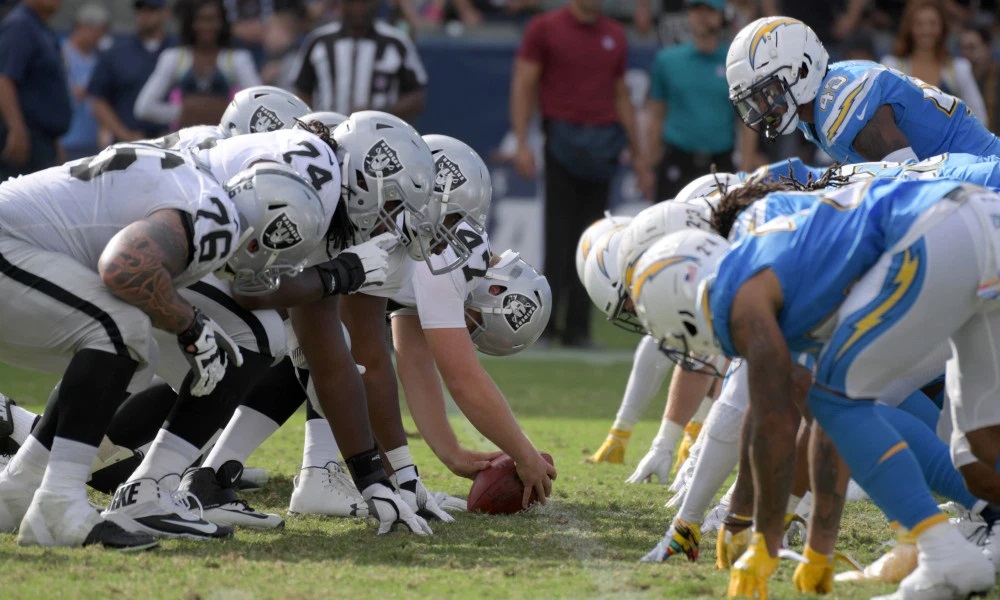 It’s been a good year for Total Sports Picks in NFL betting so far and we’ll look to keep the train rolling as we head into Week 10 of the season with a great AFC West clash on Thursday Night Football. The Oakland Raiders will host the Los Angeles Chargers from 8.20pm on Thursday night and we have a full preview and betting picks for the game below.

With the Kansas City Chiefs maintaining a firm lead in the AFC West with a a 6-3 record, both the Chargers and Raiders are right in the mix of the wildcard race, making this Thursday night clash in Oakland of upmost importance.

The Chargers suffered a tough three game losing streak to Denver, Pittsburgh and Tennessee from Week 5-7 but have bounced back admirably over their last two games, picking up hard fought wins over tough NFC North opponents in Chicago and Green Bay.

The Chargers run game clicked in the win over Green Bay under new offensive coordinator Shane Steichen as they rushed for 159 yards and two touchdowns in the win. Melvin Gordon and Austin Ekeler continue to be a dynamic 1-2 punch in the run game while Philip Rivers was also impressive with 294 passing yards.

The Chargers are 3-5-1 against the spread this year and although their offence looked much improved on the weekend, the under hit once again, making it seven of their nine games where this has occurred.

The Raiders have a chance to jump into contention for a wildcard spot with a win on Thursday night. They currently sit second in the AFC West division with a 4-4 record after recording a great win at home over the Lions in Week 9.

It was the run game that got the job done for the Raiders on the weeked, as they piled up 171 rushing yards and two touchdowns on the back of a strong game by Josh Jacobs. The Raiders have backed their offence to get the job done this season as their defence has allowed the seventh most points per game at just over 27.

The Raiders are 5-3 against the spread this season and the over has hit in five of their eight games.

The Chargers are on the road here, but that shouldn’t phase them too much as they play in front of a predominantly away crowd regardless of the venue. They have beaten the Raiders in their last four games in a row, dating all the way back to December of 2016, where Oakland won their last game against their divisional rivals.

Like the look of the Chargers here under their new offensive coordinator and with a new found love of the run game.