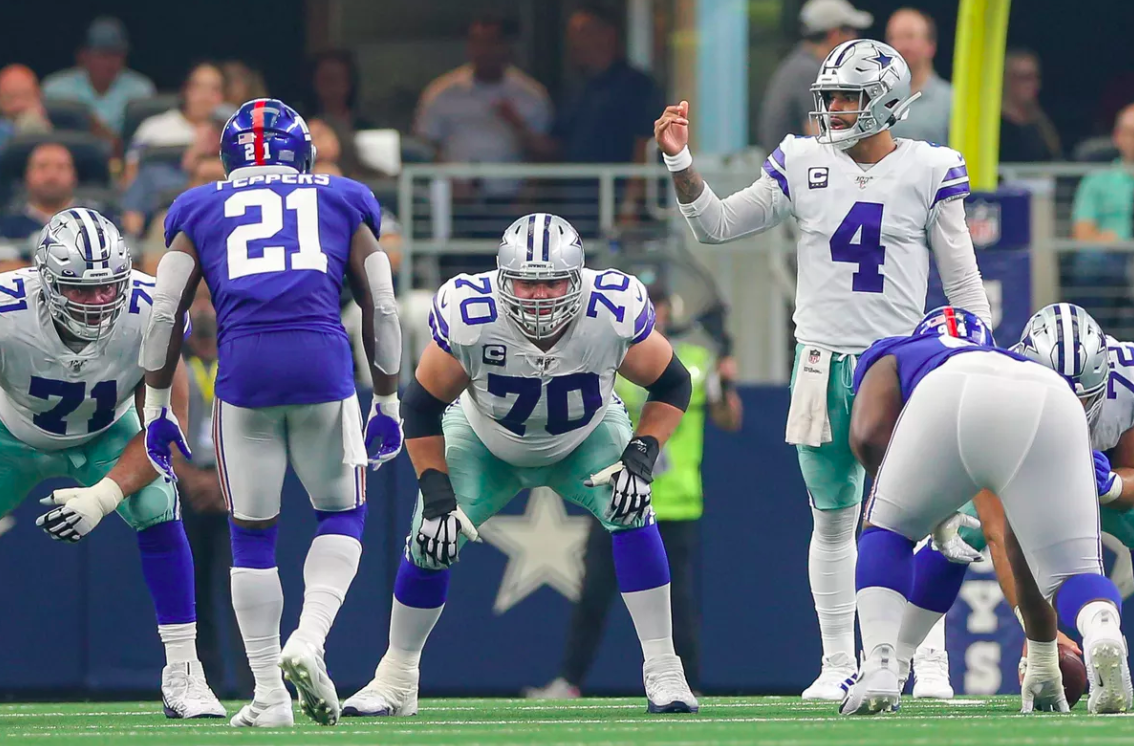 A massive NFC East clash headlines Week 9 in the NFL as the Dallas Cowboys travel to New York to take on the Giants on Monday Night Football. As usual, we have a full preview and betting tips for the marquee time slot and we’ll look to keep our winning record on the season alive.

The tight race for the NFC East can get even tighter on Monday night if the Giants can manage to upset the Cowboys at home. The Cowboys currently hold a slim lead in the division over the Philadelphia Eagles with the Giants trailing by a further two games.

Dallas will be coming off a bye week when they face the Giants on Monday night, meaning they have had a full 12 days off since their last game. They were dominant over the Eagles at home in Week 7, putting up 37 points as star running back Ezekiel Elliot racked up over 140 all-purpose yards and a touchdown.

The Cowboys offence has been the lynchpin of their season so far and has been one of the more consistent in the league. They every the most total yards per game in the NFL at 437.9 and the sixth most points per game in the league at 27.1. The three pronged attack consisting of QB Dak Prescott, RB Ezekiel Elliot and WR Amari Cooper have all been fantastic.

The Giants dropped their fourth game in a row when they went down to the Lions by five points in Week 8. Detroit put up 31 points against the Giants and have allowed an average of 30.25 over their last four games. Their defense is a real problem throughout the season so far and will likely be shaky up against one of the better offenses in the league.

One thing that has been pretty impressive for the Giants over their four game losing streak, however, is the offence.The Giants have put up 23.5 points per game over their last two and QB Daniel Jones was great in the Week 8 loss to the Lions, throwing for 322 yards and 4 touchdowns.

With the form the Cowboys offense has been in lately, we would have picked this line to be up over the touchdown mark, however, it has opened at just 6.5, which we think is a little low.

When the Cowboys win, they generally win big. They have an average winning margin of exactly 20 points through their four wins this season and we expect them to cover again Monday night.