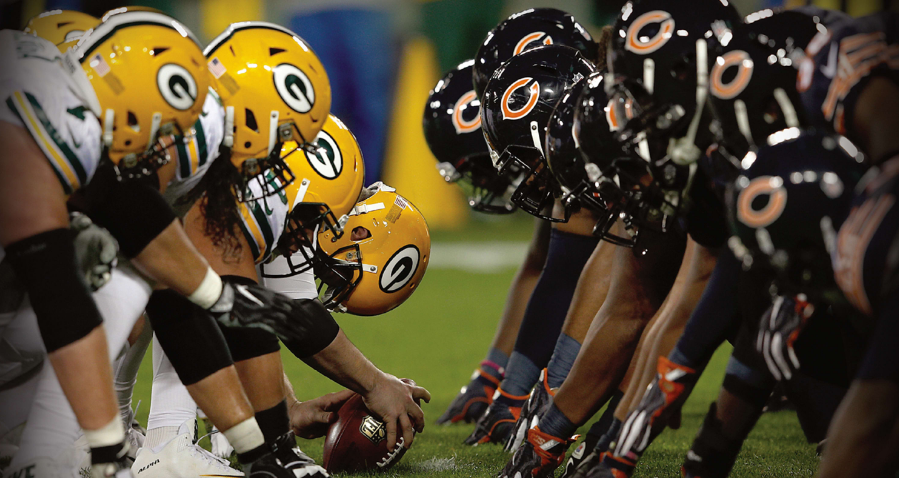 The time is finally here! The 2019-20 NFL season officially kicks off this Thursday night with a monster NFC North clash between Chicago and Green Bay!

Total Sports Picks will be bringing you extensive covereage of the NFL season this year, including three weekly arcitles previewing the massive Sunday slate as well as the Thursday and Monday games.

We kick off out 2019-20 season coverage with picks for the Thursday night game below!

Green Bay will be looking to bounce back from an ordinary season last year where they finished just 6-9-1 while the Bears can kickstart their NFC North title defence with a win over their division rivals on Thursday night.

The Packers really struggled to get anything going on offence last season. They finished in third place in the NFC North division behind the Bears and Vikings and as a result, fired their long-term coach, Mike McCarthy. Matt LaFleur is his replacement, which should have a postitive effect on star quarterback Aaron Rodgers, who seemed to be losing patience with McCarthy towards the end of his tenure.

The rest of the offence looks pretty limited but Rogers is always capable of bringing other skill position players up to his level. Davante Adams is a star wide-out but pickings for Rodgers are pretty slim after that. LaFleur will need to develop a reliable run game if the Packers are to be a force on offence this season. With Aaron Jones and Jamaal Williams in the backfield, this could be achievable.

It was on defence where Green Bay addressed most of their problems in the offseason. The additions of linebackers Za’Dariun and Preston Smith should add depth. Look for the Packers defence to improve this season.

The Bears were the big movers of the NFL last season. After finishing with a 5-11 record at the end of the 2017-18 season, Chicago had a stellar 12-4 record in 2018-19, finishing first in the NFC North before losing to the Eagles in Week 1 of the playoffs.

They had arguably the best defence in the league last season, finishing first in the league in fewest points per game at just 17.7 and first in rushing yards allowed to boot.

All eyes will be on third year quarterback Mitch Trubisky this season. The defence is established and one of the best in the league, can the Bears make progress on the offensive side of the ball? They added wide receiver Cordarrelle Patterson and running back David Montgomery to bolster their stocks.

The Packers were successful in the corresponding matchup in Week 1 at home last season after a massive fourth quarter comeback. When the two teams met later in the year in Chicago, the Bears were too strong, winning by 7 points.

The Packers have had a bit of a stranglehold on this matchup in recent years but ut’s hard to trust them going into a brand new season with a brand new coach. We know what we are getting from Chicago here, and that’s one of the best defences in the league with a fairly reliable offence.

Back them to cover a small spread at home.