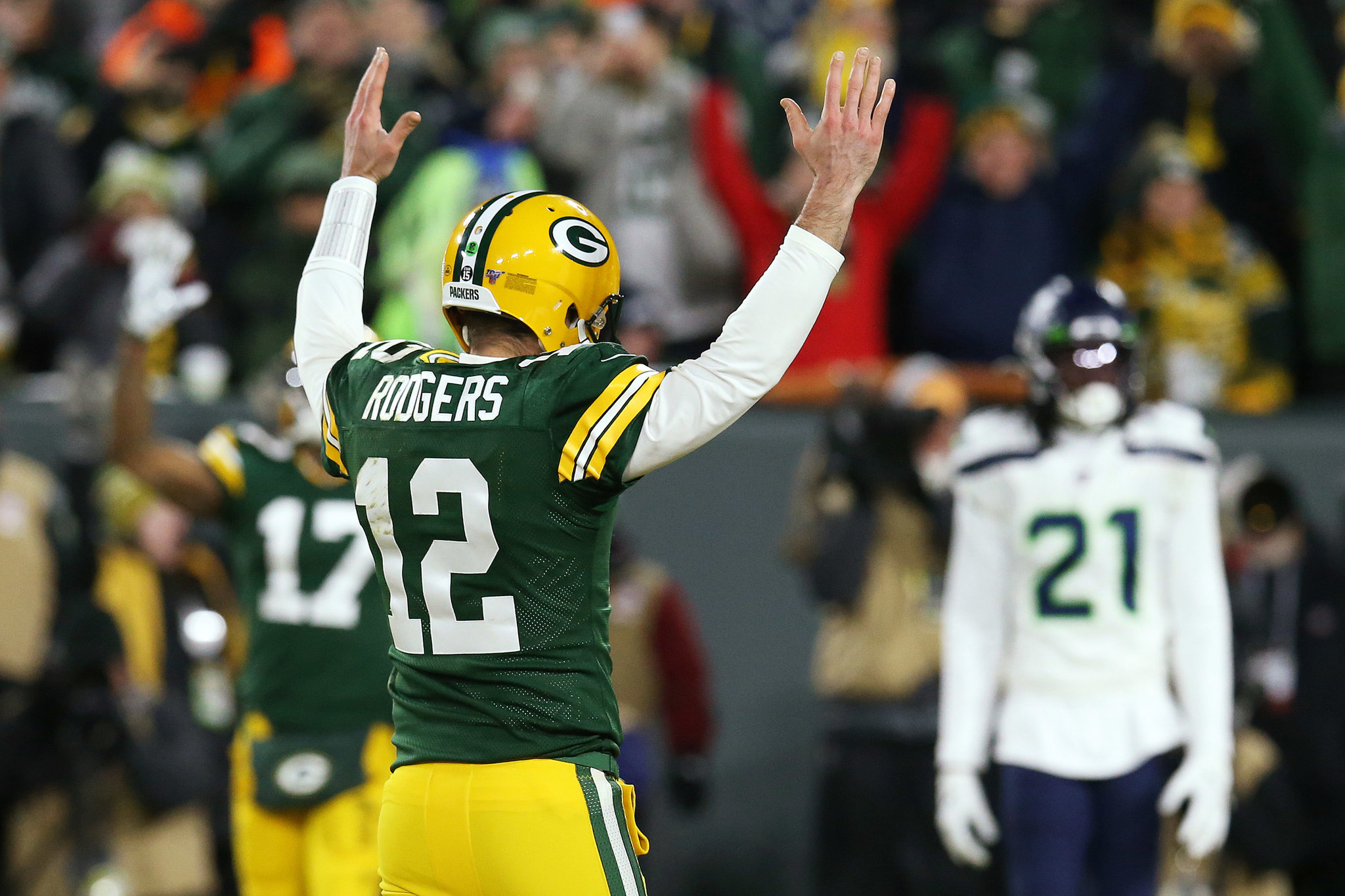 Just four teams remain in the hunt to be crowned Super Bowl LIV Champions in Miami next month. The Conference Championship games will be played out back to back this Sunday, starting from 3.05pm (ET).

The Chiefs will host the Titans in the AFC Championship game from 3.05pm before the Packers travel to San Francisco to battle the 49ers for the NFC crown from 6.40pm. We have a full preview and betting tips for both matchups below!

For the second week in a row, the Tennessee Titans caused a massive upset on the back of a dominant performance by star running back Derrick Henry. Over the last two weeks, the Titans have beaten the New England Patriots and the Baltimore Ravens, both on the road, and they will have another tough road game this weekend in Kansas City.

Henry is in uncharted territory when it comes to post-season performances by a running back, having racked up at least 30 carries and 180 yards in both of his playoff games so far. The Titans have been playing through Henry and taking the ball out of quarterback Ryan Tannehill’s hands at every opportunity throughout the two games, and we see no reason why that game plan would change this weekend.

The Chiefs looked in trouble in the first half of their Divisional Round matchup, trailing 24-0 early in the second quarter. They proceeded to go on a 51-7 run for the remainder of the game, and ended up blowing out the Texans by 20 points. Patrick Mahomes was dominant in the win, racking up over 340 yards and five passing touchdowns.

The only way we can see the Titans going away from their run heavy game style is if they go down by multiple touchdowns early in the game, in any case, Henry should factor prominently and his total rushing line of just 107.5 looks pretty low given the form he is currently in and the Chiefs inability to stop the run this season.

The San Francisco 49ers made short work of the Vikings in their divisional round matchup, claiming a 27-10 win on the back of a great rushing performance by their dynamic trio of running backs. Tevin Coleman, Raheem Mostert and Matt Breida combined for almost 200 yards in the win, while the 49ers defense was also dominant, allowing just 147 total yards and just seven first downs for the entirety of the game,

Quarterback Jimmy Garappolo was shaky at times in his first playoff start, passing for 131 yards on 11/19 attempts including a touchdown. The 49ers will look to keep the ball out of his hands again this week and rely on their run game, which could be to their detriment against what has been a solid Green Bay rush defence this season.

The Packers won an exciting game against the Seahawks in the divisional round and can make their first Super Bowl appearance since lifting the trophy in 2012 with a win on Sunday. Quarterback Aaron Rodgers was great in the win over the Seahawks, passing for 243 yards and two touchdowns while star receiver Davante Adams was a force, catching for 140 yards and both touchdowns.

I think the Packers are a bad matchup for the 49ers here. The two teams met all the way back in November and although the 49ers secured a massive 29 point win, this Green Bay team, particularly their offense, is completely different this time around. In their last six games, all wins, the Packers have put up 24.33 points per game and in that time, Aaron Rodgers has a 10-2 TD/INT ratio.

Call me crazy but I think we get a vintage Rodgers game here. Either way, the Packers are great value to stay within a touchdown in what should be a close game either way.