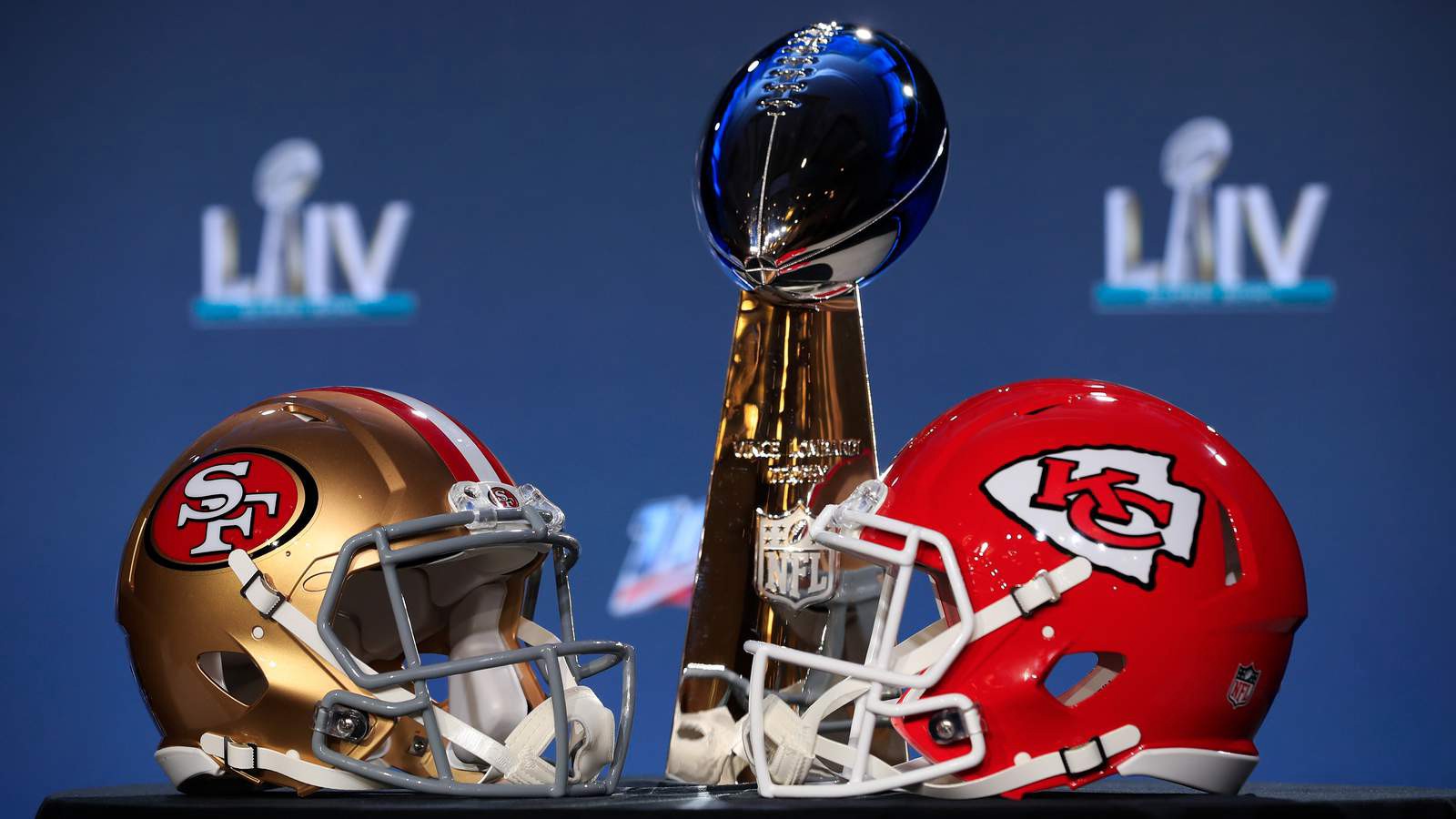 The time has finally arrived! Super Bowl LIV is just around the corner and this year’s edition of the big game promises to be a big one as the Kansas City Chiefs take on the San Francisco 49ers from Hard Rock Stadium in Miami!

As usual, we have a full preview and betting picks for the game, but we we also be bringing you a few of our favourite novelty prop bets for the festivities, which are always good fun and make the viewing experience much better, especially if you’re someone who isn’t lucky enough to have your team playing!

It’s been a fantastic season in the NFL so far and with just one game to go, all eyes will be on Miami as the Chiefs and 49ers do battle. The two teams are extremely contrasting in game style and have not faced off this season, which brings a lot of unknown into the game. Due to these factors and more, the betting has started out almost even and will surely remain that way all the way up until game time.

After a tough three game stretch without their star quarterback Patrick Mahomes, the Chiefs bounced back to win their last six games of the season and finish atop the AFC West. Combine that with their two playoff wins, and the Chiefs have won their last eight on the trot. Mahomes has been dominant in that stretch of games, passing for an average of 252.5 yards per game and a total of 16 touchdowns across the eight games.

He has been particularly good in the two playoff games. After trailing by 24 points to the Texans in the divisional round, Mahomes lead his team on a 51-7 run which included over 300 passing yards and 5 touchdown passes. The Chiefs then hosted the Tennessee Titans, where the star quarterback racked up 294 and 3 touchdowns on his way to a 35-24 win.

There’s no doubt that the Chiefs rely heavily on a pass heavy offense and whether it will be able to stand up to the fantastic 49ers pass rush including the likes of Nick Bosa and Dee Ford is some concern. However, the Chiefs offensive line has been solid in the playoffs, allowing just two sacks through two games.

The 49ers play a completely contrasting style to the Chiefs, which will no doubt make for an interesting game. San Francisco have relied heavily on a defense throughout the season so far, backing it up with a strong running game which is capable of controlling the clock. While they are responsible for some of the most outstanding offensive efforts of the season, like their 38 point rout of the Panthers in Week 8, it’s been their ability to grind out games with defense and the run game which has been their bread and butter.

Due to this game style, the 49ers haven’t had to ask too much of quarterback Jimmy Garropollo, which could be concerning if they are trailing in this game and he is called into action. Throughout the season, Garropollo passed for just for just over 248 yards per game and had a quarterback rating of just 60.2, which was good for 12th best in the league.

If history is anything to go by, however, the undervalued quarterback with a strong defense coming into the Super Bowl has had real success over the past decade. A run down Peyton Manning with a dominant defense beat the Panthers in SB50 while Nick Foles and the Eagles upset the Patriots in SBLII.

What a tough game to call. With two contrasting styles, this game becomes almost impossible to predict and with the markets shaped the way they are currently, it looks like the bookmakers agree. So much will depend on who takes the early lead in this game. If the 49ers go up early, they will look to control the clock, which will likely result in a low scoring game. If the Chiefs go up early, we could see this one becoming a bit of a blowout as the 49ers play from behind, something they’ve rarely done this season.

At the moment, I’m giving the slight advantage to the Chiefs, just for the simple fact that I trust Patrick Mahomes and his ability to get his team out of a jam. Back the Chiefs to cover the smallest of spreads and Mahomes to lift the MVP trophy.

One of the most exciting things about Super Bowl day is the wide range of novelty prop markets you can have a bet on before, during and after the game. These involve anything from the national anthem, the half time show and even the post match celebrations, and can make your day fun even if you don’t have a horse in the race!

Check out some of the more popular novelty prop markets for Sunday’s big game below. 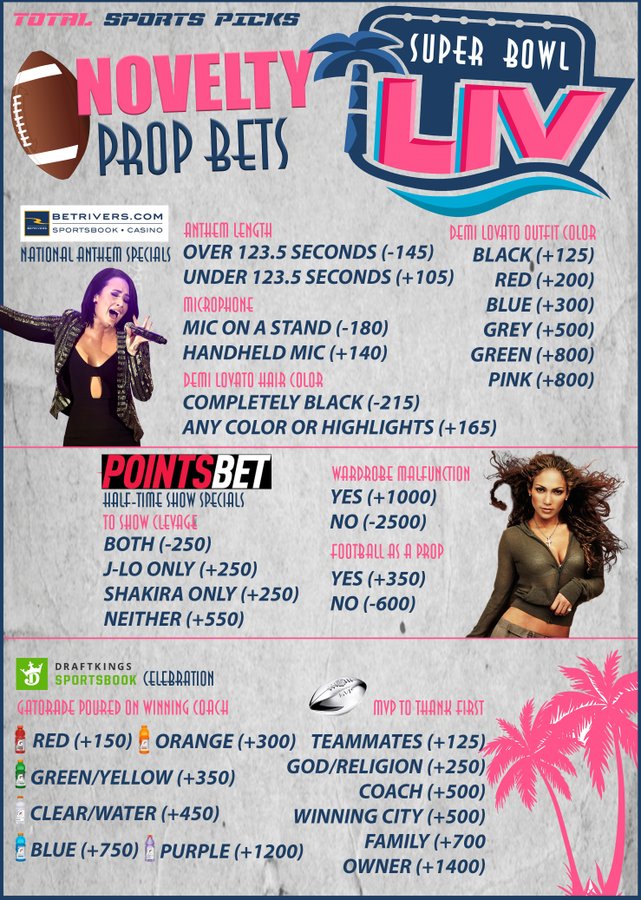 WANT A MONSTER SIGN UP BONUS AND SOME OF THE BEST SBLIV PROMOTIONS ON OFFER?

Head to PointsBet today and score yourself a massive $1,000 sign up bonus to bet on Sunday’s big game! Not only can you take advantage of the sign up bonus, but PointsBet also have a range of fantastic promotions on offer for the game! Check some of them out below. 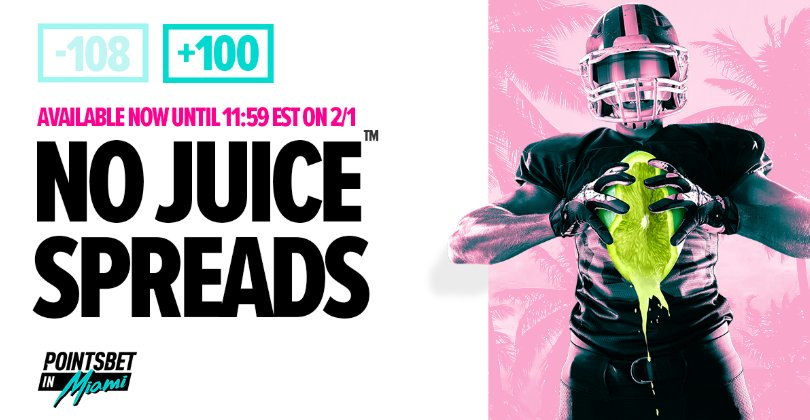 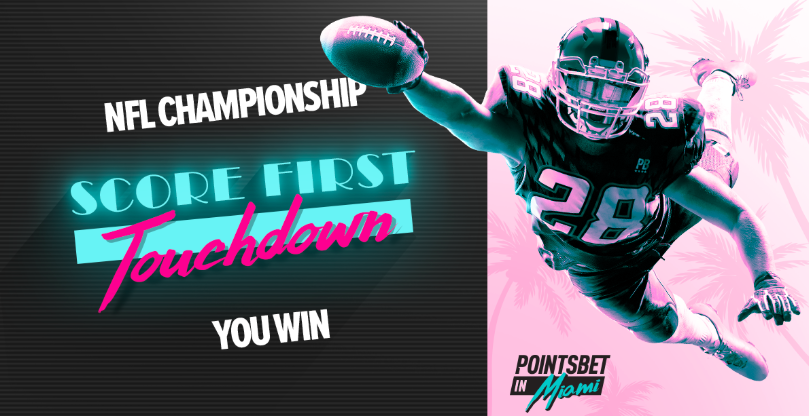 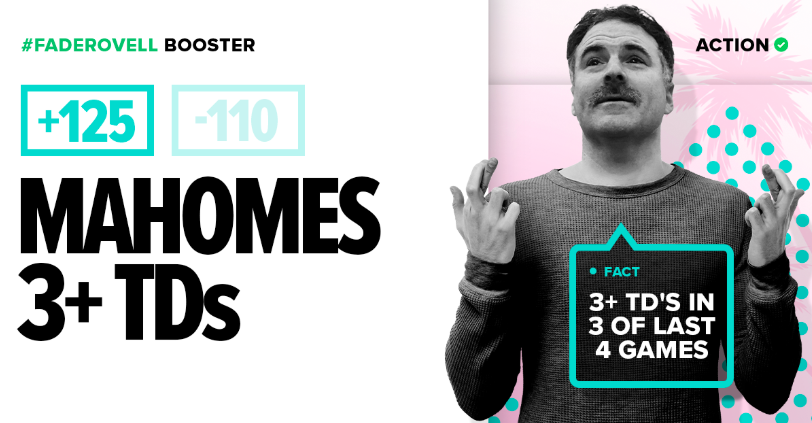 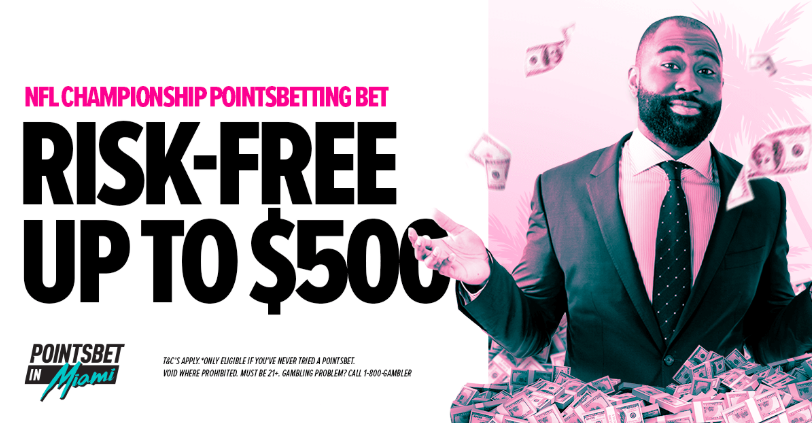