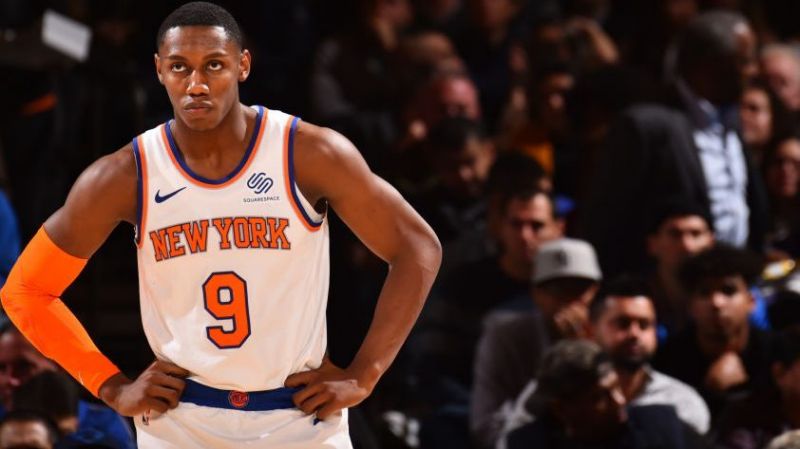 The 2019-20 NBA season continues on Wednesday with a huge 11-game slate on the cards. Action kicks off at the normal time of 7pm (ET) with three games, while the last of the day will be a Western Conference clash between the Suns and the Warriors at 10:30pm.

As always, we’ve scoured the major betting agencies to bring you all the best plays for the huge slate on offer this Wednesday. Check out our best pick, value pick, plus picks for all Tuesday games below and good luck to everyone following!

Our best pick of the day comes from the Eastern Conference clash between the Knicks and the Magic at the Amway Center in Orlando. Neither side has got off to an ideal start to their respective campaigns, but both clubs have a golden opportunity to gain some momentum with a win on Wednesday.

The Knicks are coming off their first win of the season in what was a fantastic comeback performance against the Bulls at MSG. New Knick Bobby Portis came up against his old side and boy was he inspired. He came off the bench to lead the Knicks to a great win with some help from rookie RJ Barrett down the stretch. All good things aside, the Knicks are still just 1-3 on the season and are unlikely to see much success this season in terms of win/loss.

The Magic were tipped by many as a sleeper in the Eastern Conference but have gotten off to a relatively slow start, albeit just three games in. They came back with a pretty much identical roster to last season with the hope that natural improvement will tip them over the edge and make them contenders in the weaker East. They’ve started the season with just one win in three starts, which came against a Cavs outfit that many believe to be the worst in the league.

Our attention in this match-up will solely be on last year’s number #2 pick in RJ Barrett. He’s had a fantastic start to his rookie season with averages of 20.5 points and 7.5 rebounds through four games, which is the best return of anyone on their roster. He still hasn’t gotten the respect he deserves from the bookies with his line being set far too low, so we’re keen to jump on while we can.

Our value pick of the day comes from the Western Conference match-up between the Suns and the Warriors at the new Oakland Arena. Before the season started everyone would have marked this down as an easy Warriors win, but the way each club has started their campaigns makes this a juicy game on Wednesday. The Suns have split their four games at 2-2 and could easily be 4-0 after losing both games by a single point. Meanwhile, the Warriors bounced back from two blowout losses to record their first win of the season last time out, although it was against a very inexperienced Pelicans outfit. If the Suns can bring the intensity on the defensive end that we’ve seen from them so far this season, then we expect them to be too strong for the Warriors.